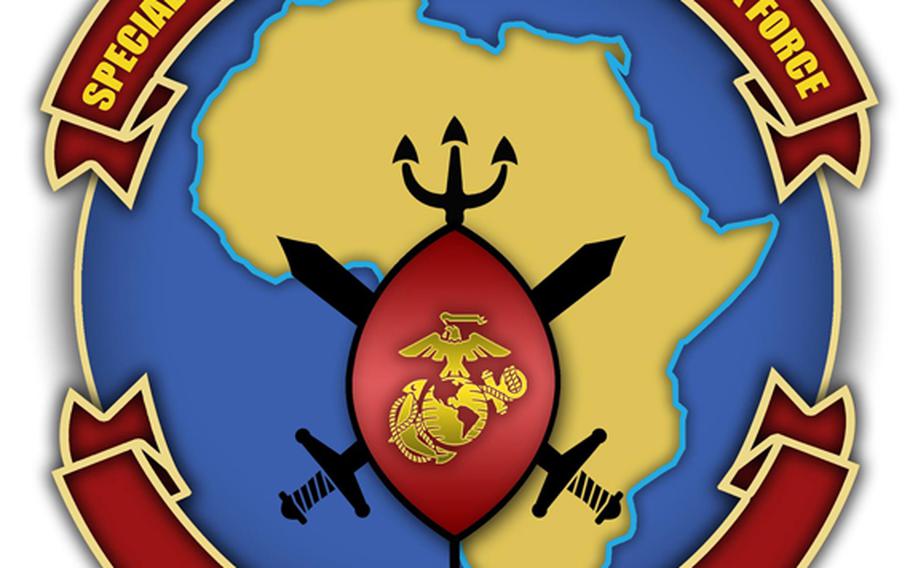 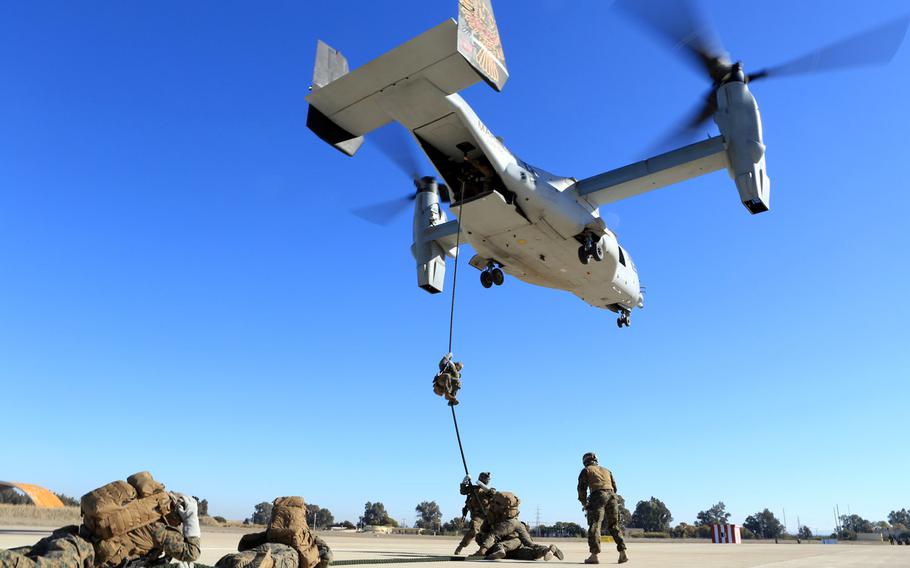 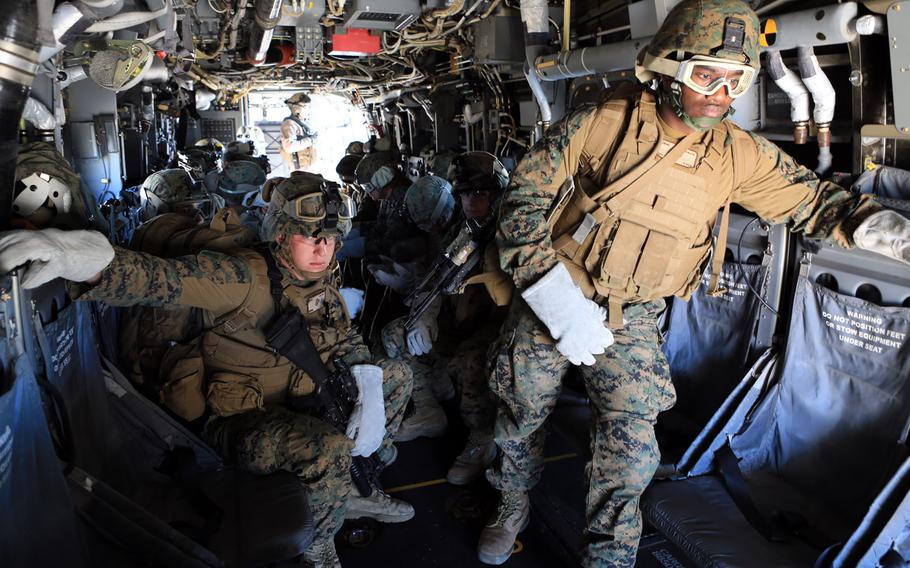 STUTTGART, Germany — A new unit of rapid reaction Marines has mobilized to Africa in response to a crisis, marking a muscular milestone for U.S. Africa Command as it contends with a crisis in South Sudan.

The deployment is the largest operational mission for the crisis response unit since it stood up earlier this year.

“The movement of forces from Morón, Spain to Camp Lemonnier, Djibouti, marked the second time that SP-MAGTF CR deployed to the continent of Africa in support of an operational mission,” Capt. Sharon Hyland, a spokeswoman for the unit, said in a statement.

A platoon-sized element of Marines from the task force also deployed to Libya in May to provide reinforcement at the U.S. Embassy there, the Marines said.

The MAGTF, which is equipped with C-130s and tilt-rotor Ospreys, has significant air-lift capabilities that come in handy for missions on the sprawling African continent. The unit was formed to bolster AFRICOM’s crisis-response capabilities.

Since the 2012 attack on a diplomatic compound in Benghazi, Libya, which left U.S. Ambassador Christopher Stevens and three others dead, the military has been building up its Africa-focused fire power. A Commander’s in-Extremis Force of special operators has been formed along with the Morón-based Marines.

On three previous occasions this year, MAGTF was repositioned from Spain to Naval Air Station Sigonella, Italy, to respond to contingencies under the direction of AFRICOM, Hyland said.

“It is important to point out that this force trains for, and has the ability to respond to, a variety of missions as directed by national and command leadership, and it remains focused on deterring crises throughout the U.S. Africa Command area of responsibility,” Hyland said.

AFRICOM also has at its disposal a separate Special Purpose Marine Air Ground Task force based in southern Italy. Those Marines are focused mainly on training missions, but they have also provided crisis-response support in the past.

During Saturday’s rescue mission in South Sudan, four Navy SEALS were wounded when their aircraft encountered hostile ground fire and were forced to abort the mission.

Currently, three SEALS are receiving care at the American military hospital in Landstuhl, Germany. The fourth, whose wounds were more serious, remains in Kenya for treatment.

When AFRICOM was formed in 2007, it was billed as a new kind of Combatant Command, one more oriented toward soft power training efforts. While such programs continue to occupy much of the mission, instability across swaths of Africa has forced AFRICOM to adopt a more assertive posture. Now, drone bases have sprouted up on the continent as part of its counterterror efforts. Special operations forces also are active in Africa, notably in the Central African Republic, where they are assisting in the hunt for rebel warlord Joseph Kony.