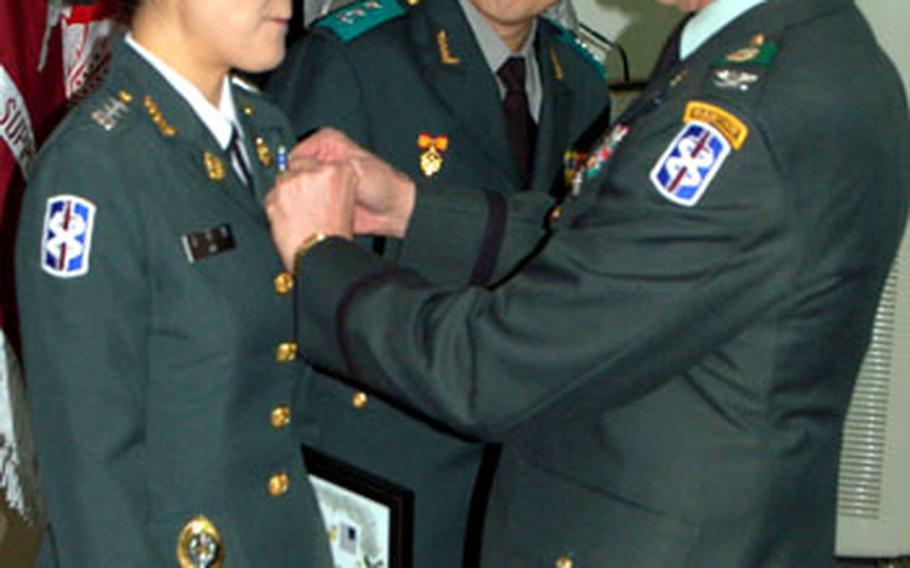 YONGSAN GARRISON, South Korea &#8212; Six South Korean military medical personnel graduated from a six-month training course with some of their U.S. peers on Friday during a ceremony at the 121st Combat Support Hospital.

The ceremony marked the end of the 105th cycle of the Integrated Service of Republic of Korea Health Care Personnel Program course.

&#8220;This program was established more than 53 years ago to coordinate wartime coordination between U.S. Army medical forces and the ROK military health care support system in the event that we once again transition to hostilities on the Korean peninsula,&#8221; said 18th Medical Command commander Col. James Jolissaint.

South Koreans said they were impressed with the U.S. Army&#8217;s procedures for patient safety and privacy.

U.S. Army participants said they learned a few things that will will help in caring for Korean patients.

&#8220;She taught us how to get along with a different culture,&#8221; Capt. Victoria Ragan said about the South Korean army nurse who worked with her in the 121st Combat Support Hospital multicare unit. &#8220;It&#8217;s easy to get impatient sometimes. Anytime we would start to get frustrated about something, she&#8217;d explain why it was happening, and that helped.&#8221;