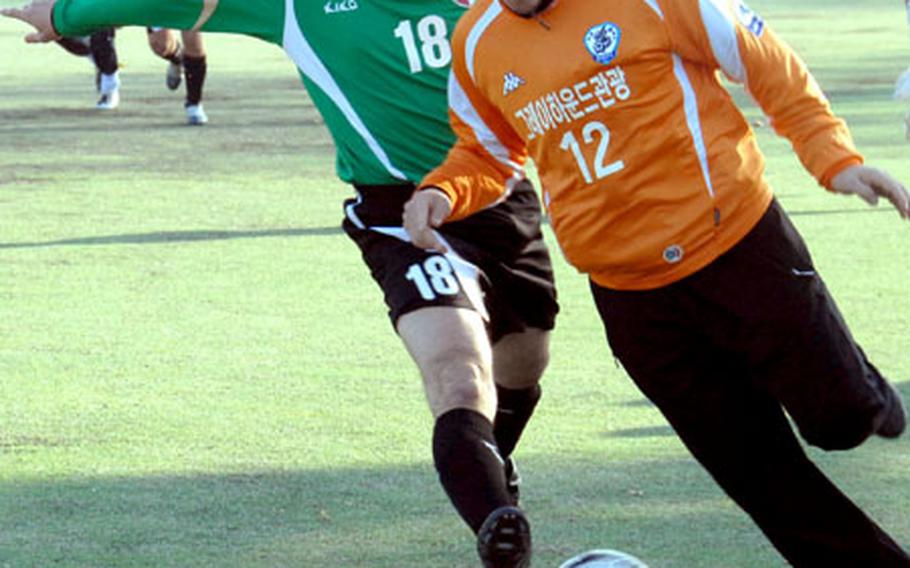 A U.S. soccer player, left, on the 94th Military Police Battalion team tries to kick the ball away from a South Korean player. Their teams played Friday during the first game held by the Korea America Good Neighbor Sports Association. (Ashley Rowland / S&S)

About 120 South Koreans from three teams &#8212; Chonan City, the Korean National Police and the Phoenix Construction Management consulting company &#8212; and 30 Americans on the 94th Military Police Battalion played in the mini-tournament.

Choi Jong-geun, chairman and chief executive officer of Phoenix, said the program lets South Koreans give back to the Americans.

The soccer games were the first event hosted by the Korea America Good Neighbor Sports Association, which will hold roughly one sporting event each quarter, Sellen said.