South Korean students get a taste of U.S. life at Camp Walker 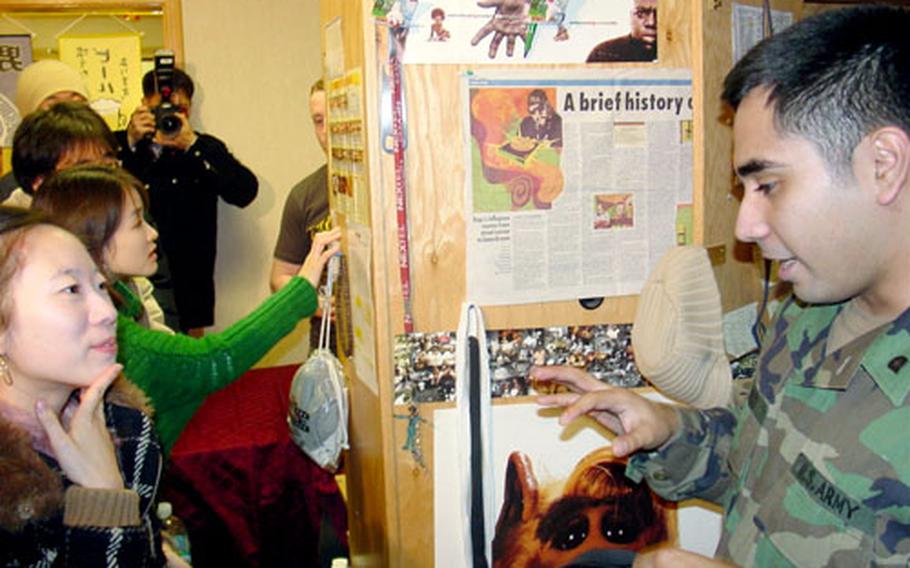 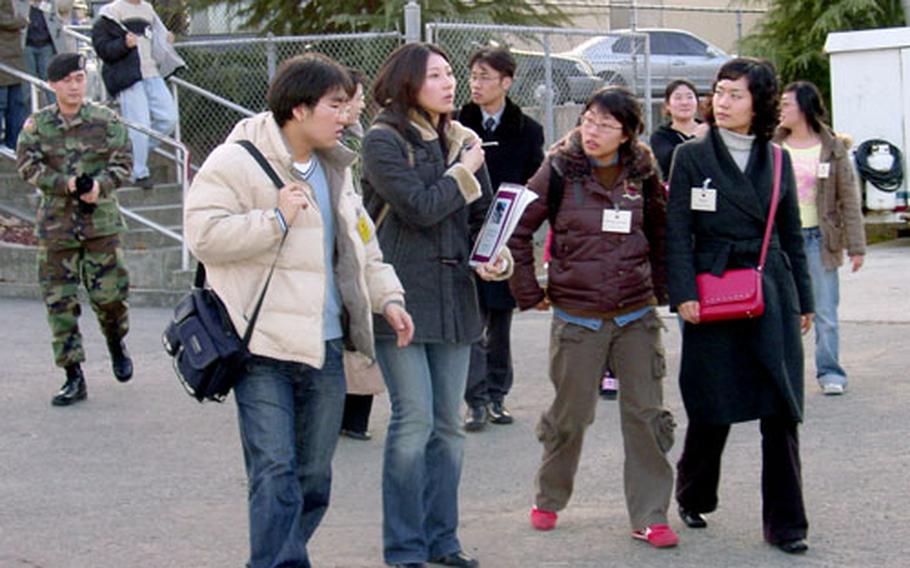 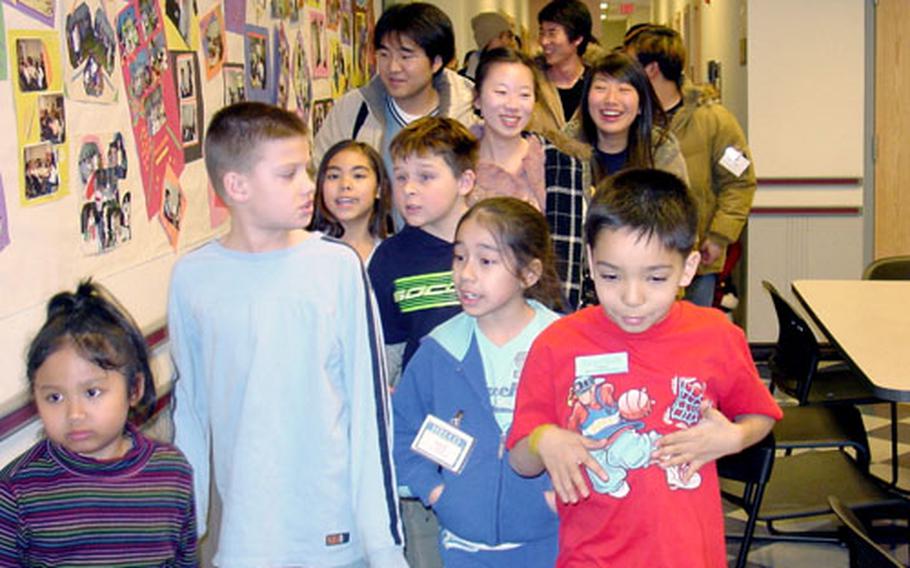 Children in the after-school care program at the Child and Youth Services Center on Camp Walker guide a group of 20 South Korean scholars through their building. () 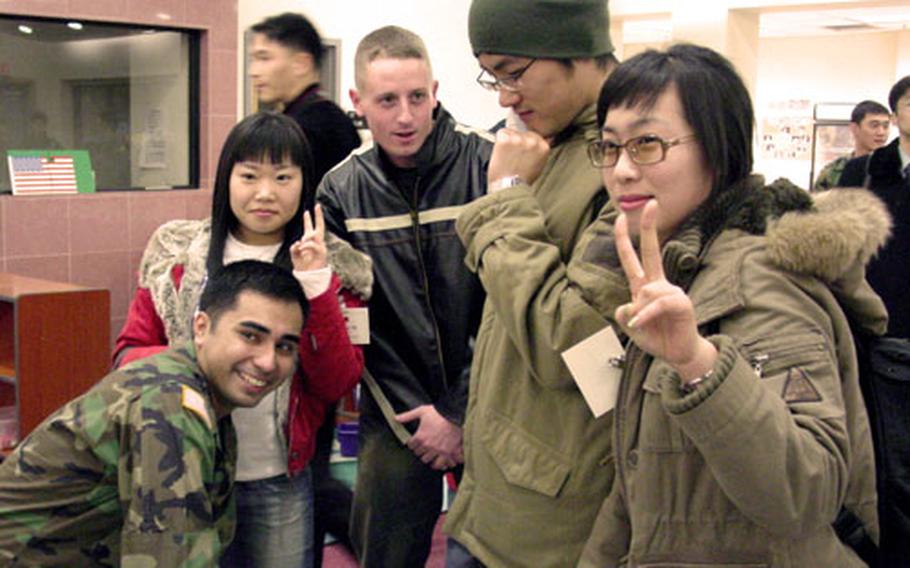 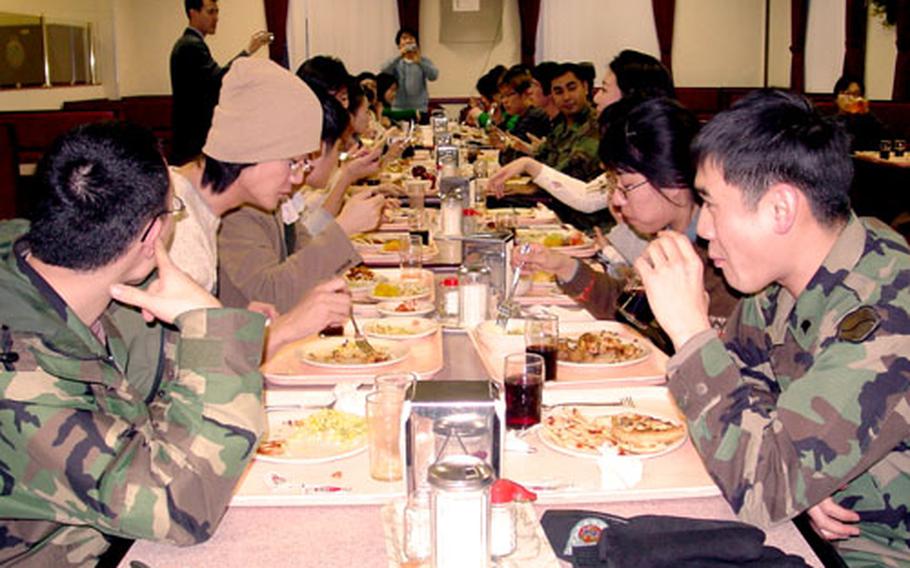 PYEONGTAEK, South Korea &#8212; When Lee Jung-ho got a tour of an American soldier&#8217;s barracks in South Korea last week, he also got new insight into the U.S. and its military.

&#8220;I think it is the first experience for us to meet and hang out with the soldiers and talk,&#8221; said Lee, one of 20 South Korean university students who toured Camp Walker in Daegu last Friday for a look at life behind the walls of a U.S. military installation.

The students were American studies majors and the tour was part of a three-day academic conference they put together with help from the U.S. Embassy in Seoul. It was titled the &#8220;2006 U.S. Studies Camp: U.S. Studies for the 21st Century.&#8221;

It ran Jan. 19-21, with most of the activity held at Keimyung University in Daegu. Five students from Pyeongtaek University, nine from Daejin University near Uijeongbu, and six from Keimyung took part in the conference.

Several of the students approached the U.S. Embassy&#8217;s public affairs section last October and asked &#8220;for a small grant from the embassy&#8221; and other help in setting up the conference, said John Choi, assistant regional program officer at the embassy.

The two-hour Camp Walker visit began around 4 p.m. with a look at two barracks rooms, one assigned to a U.S. soldier, the other to a KATUSA.

&#8220;They really liked how the American soldiers decorated their room, the freedom they have to put anything tasteful up on their walls,&#8221; said Kevin Jackson, spokesman for the Army&#8217;s Area IV Support Activity in Daegu.

The students also visited the Child and Youth Services Center and the Community Activities Center and had a meal at an Army dining hall.