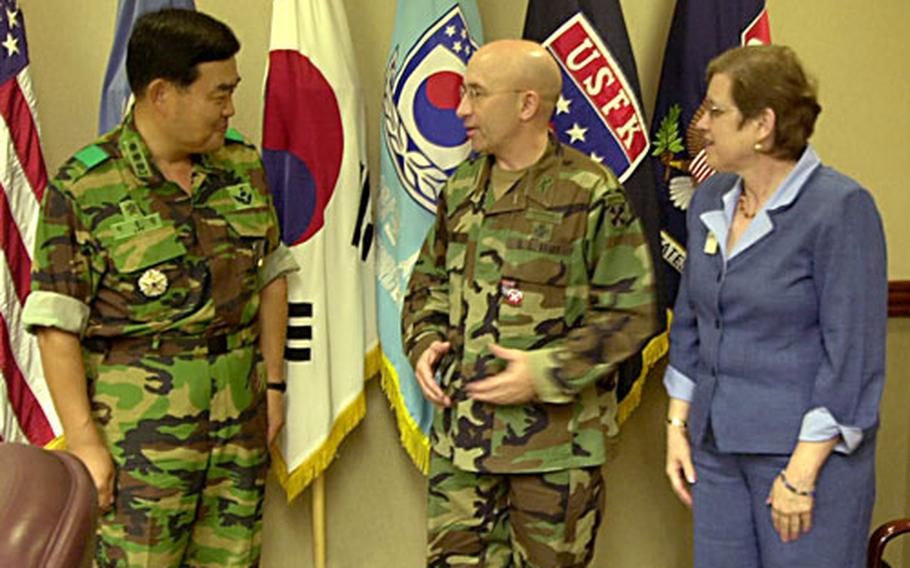 SEOUL &#8212; The commander of the Korea Army Support Group presented $3,588 on Tuesday to the American Red Cross for Hurricane Katrina relief efforts.

The donations came from the command&#8217;s South Korean soldiers and Korean Augmentees to the U.S. Military, or KATUSA, and helped &#8220;show the ROK-U.S. alliance&#8221; remains strong, according to Lee&#8217;s staff. ROK is an acronym for the Republic of Korea, South Korea&#8217;s official name.

Martin said she was thankful for the donation.

&#8220;It was wonderful that the ROK military is concerned about the hurricane victims,&#8221; she said when reached by phone late Tuesday afternoon.

Tuesday&#8217;s donation was one of several that have poured in from across South Korea, Martin said.