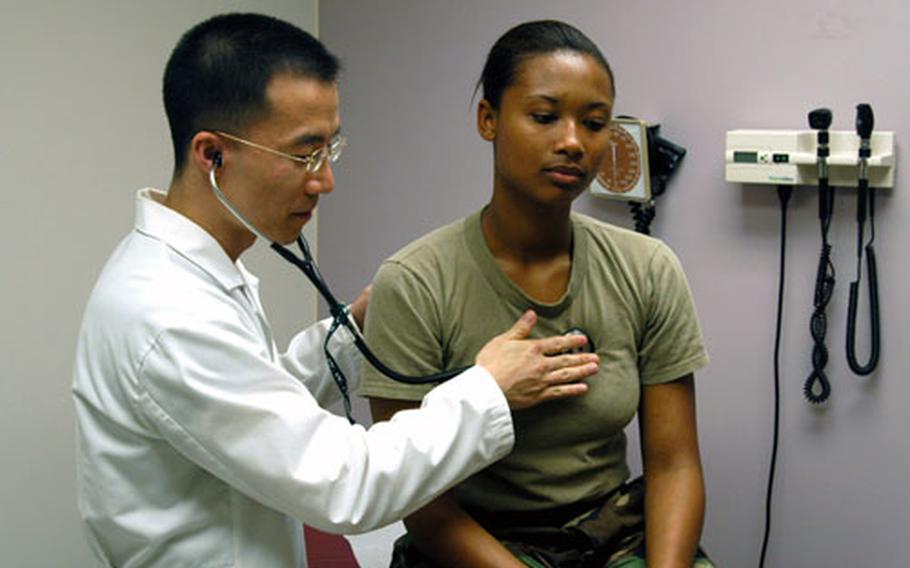 Medical students from a leading university in Taegu, South Korea, will start getting hands-on experience at a U.S. Army medical clinic next month under a formal training partnership signed recently between the school and the Army.

The partnership between Kyungpook National University&#8217;s School of Medicine and Camp Walker&#8217;s Wood Medical Clinic codifies an informal training relationship started in 2001. That program was put on hold last year until a formal agreement could be written up to spell out key administrative, legal and other details, officials said.

But with a memorandum of understanding signed July 8, the medical students soon will be back, two at a time in four-week rotations, said Capt. Michael Gagnet, commanding officer of Company D, 168th Medical Battalion, which operates the clinic.

The students will perform a wide range of clinical duties but only under supervision of an Army clinician, and patients will have to agree beforehand to allow a student to treat them, Gagnet said.

&#8220;No treatment plan will be initiated without the U.S. Army health care provider approving the plan. Just like medical students in the United States,&#8221; Gagnet said.

The memorandum spells out key administrative, legal and other aspects of the partnership. For example, the university will transport its students to and from the clinic, and the Army will provide the clinic and professional clinicians who will work with the students.

Students&#8217; clinical duties will vary from children&#8217;s physical exams to X-rays and optometry.

However, students will not perform medical &#8220;procedures,&#8221; such as biopsies or setting fractures, Gagnet said.

For example, in the case of a patient with a broken arm, the medical students would be permitted to stabilize the fracture by splinting it, but putting the arm in a cast would be left to appropriate clinic staff.

Although the program will give students added practice in basic clinical work, the overriding aim is to develop English-language skills in a medical setting, Gagnet said.

The clinic &#8220;has been one of the most popular places to go among the students ever since it&#8217;s been a part of our program because students can get the experience without all the hassle of going abroad,&#8221; Park Byung-chul, dean of the KNU School of Medicine, was quoted as saying in an Army news release.

&#8220;So we would like to open this great opportunity up to more students if situation permits,&#8221; Park said.