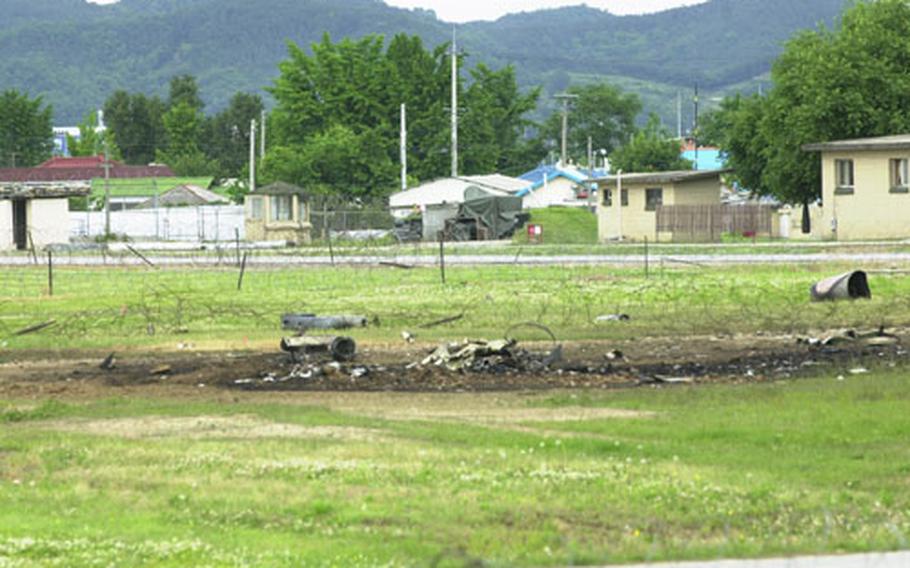 A charred field and small parts are all that remain from an F-16 that crashed just off the runway Thursday night at Osan Air Base. (Jeremy Kirk / S&S)

A charred field and small parts are all that remain from an F-16 that crashed just off the runway Thursday night at Osan Air Base. (Jeremy Kirk / S&S) 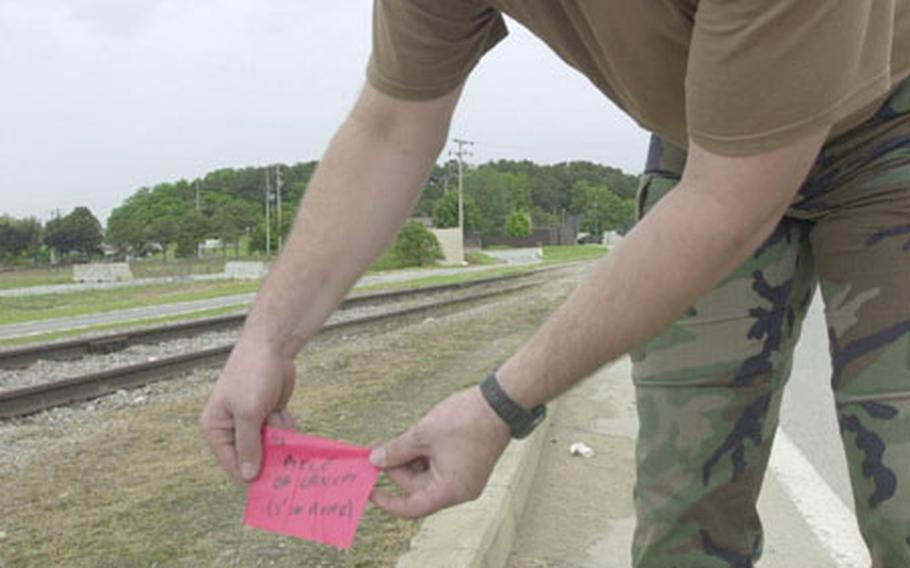 Tech. Sgt. Timothy Hayes shows a marker Friday used to identifiy remains of an F-16 that crashed Thursday night just off the runway at Osan Air Base. The pilot safely ejected and one person who was driving a car was treated for minor injuries. (Jeremy Kirk / S&S) 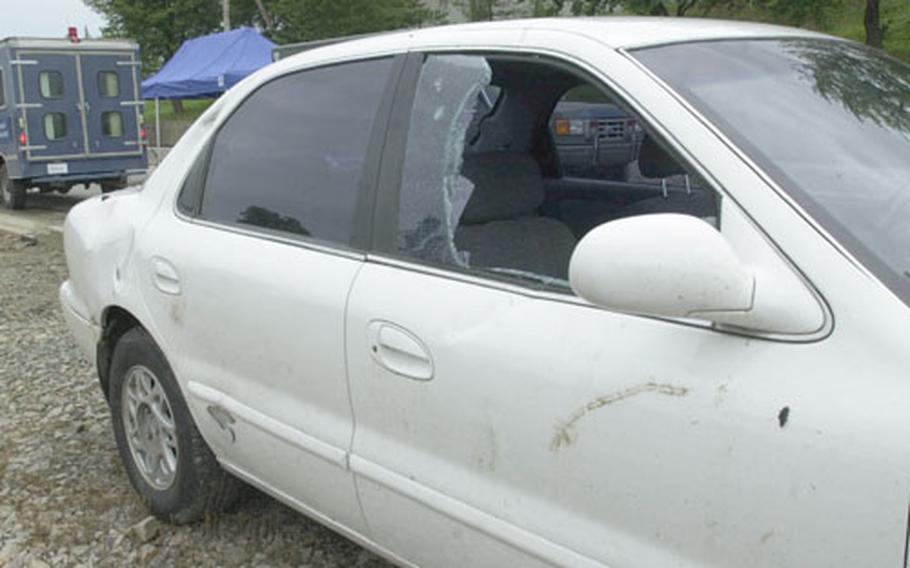 Yi Chun-mu, a 58-year-old AAFES employee, was slightly injured while driving her car when an F-16 crashed Thursday night at Osan Air Base. Her white Kia sedan — sitting near the crash site Friday — sustained a broken window, headlight and numerous dents and scratches from debris. (Jeremy Kirk / S&S)

OSAN AIR BASE, South Korea &#8212; A U.S. F-16 fighter plane crashed just after takeoff Thursday evening, injuring one person, according to base officials.

The pilot safely ejected around 8 p.m., according to a news release. Base officials would not release the pilot&#8217;s name.

Yi Chun-mu, a 58-year-old Army and Air Force Exchange Service employee, was injured when debris from the plane bruised her right arm as she was driving home around 8 p.m. She was treated and released from the base hospital, according to the release.

Maj. Edwina Walton, base spokeswoman, said no buildings were damaged when the plane &#8212; on a routine training mission &#8212; crashed on the base.

Doolittle Gate has been closed while the crash is being investigated, Walton said.

Osan Air Base is home to the 51st Fighter Wing, part of 7th Air Force.

On Jan. 26, a U-2S reconnaissance plane flying from Osan crashed in Hwaseong, about six miles west of the base. The pilot also safely ejected in that incident, but four South Koreans on the ground suffered injuries.