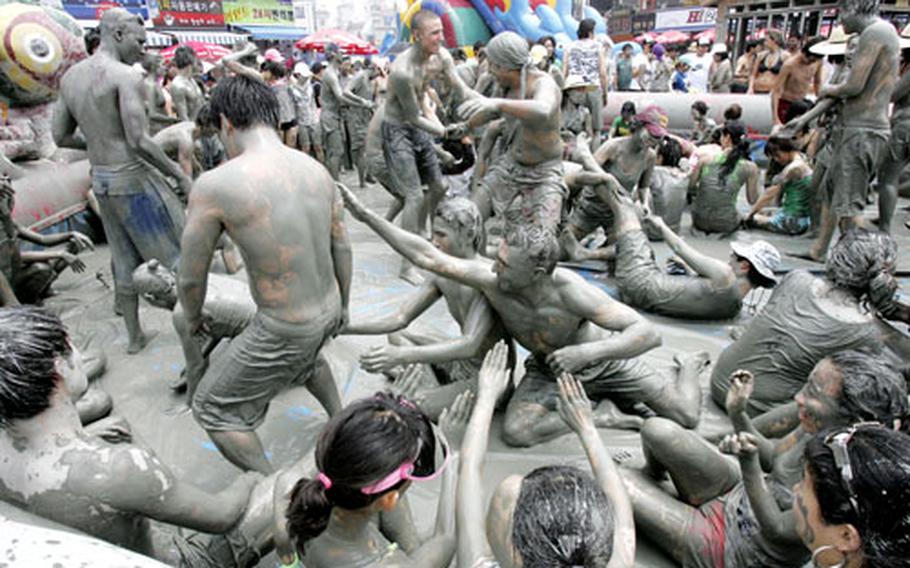 SEOUL &#8212; The manager of a popular South Korean beach festival said Tuesday that drunken and rowdy U.S. troops are such a problem that organizers have considered banning servicemembers from the event.

Lee Won-ku, manager for the Boryeong Mud Festival, said the number of U.S. troops at the festival has jumped dramatically in the past two years. So has the number of fights and the amount of trash, he said.

"Most soldiers drink like deadbeats all day and night on the beach, and leave mountains of garbage the following morning," he said.

"The spots where they play &#8230; are a complete mess. After they leave, we wonder, was this a spot where beasts or humans were playing?" he asked.

Lee said it&#8217;s easy to identify U.S. troops because of their short haircuts. But because it would be difficult to prove which festival-goers are in the military, organizers decided not to ban troops from the event.

The Mud Festival, which features mineral-rich mud pumped from local fields onto the beach, is popular with foreigners. Ads for this year&#8217;s festival prominently featured a bikini-clad, mud-covered Western woman crowd-surfing at the event. About half of the people in the crowd behind her appear to be Caucasian.

Lee&#8217;s comments come after an airman from Kunsan Air Base was detained by police Saturday after he got drunk, tried to steal a car and beat up two South Koreans, a South Korean police spokesman said.

The airman was heavily intoxicated when he tried to pull a 43-year-old South Korean driver out of his car at about 8:20 p.m. at a public parking lot at Daechon Beach, where the festival was held, the spokesman said.

The airman then tried to beat a 25-year-old male passenger. The two South Koreans, who sustained minor abrasions and scratches, were able to control him and turned him over to local police, according to the spokesman.

The airman told police that he couldn&#8217;t remember what happened because he was drunk, the spokesman said. No charges have been filed yet, but police said the airman will be questioned again this week.

Kunsan spokesman Lt. Dave Herndon said he couldn&#8217;t release the name or rank of the airman, who is a member of the 8th Communications Squadron, or comment on the incident because it is under investigation. He said the airman was not part of a Kunsan-sponsored trip to the Mud Festival.

This is the first time an American servicemember has gotten in trouble at the festival, the police spokesman said.

Lee said a group of drunken soldiers got into a fight on Saturday, and one lost consciousness and was taken by ambulance to a hospital.

"It&#8217;s OK to have fun at the beach. That&#8217;s what we want the tourists to do," Lee said. "But they are playing like crazy, and not caring about others at all. We feel so distressed and are worried about losing our good reputation because of them."