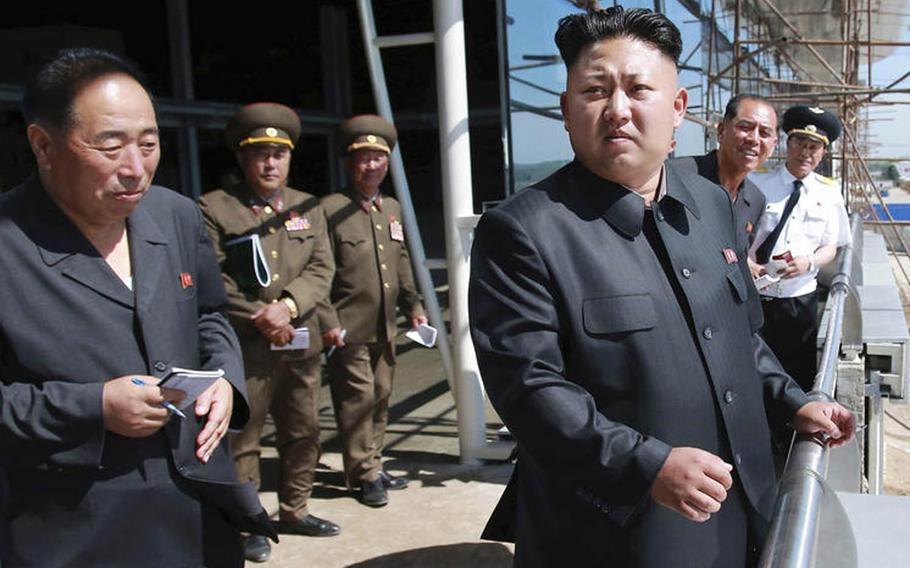 North Korean leader Kim Jong Un is seen in this undated photo released by the Korean Central News Agency. South Korean Defense Minister Han Min-koo has confirmed reports that a special force could target North Korean leadership in the event of an emergency. (Courtesy of KCNA)

SEOUL, South Korea — South Korea’s military has a plan to assemble a special force that could remove North Korean leader Kim Jong Un from power in case of a nuclear threat, a top defense official says.

Fears of a possible attack from the North have grown as the communist country conducted two nuclear tests and several ballistic missile launches this year despite international condemnation and economic sanctions aimed at stopping its weapons programs.

South Korean Defense Minister Han Min-koo confirmed reports that a special force could target North Korean leadership in the event of an emergency. The military is also preparing what it calls a massive punishment and retaliation project to target and destroy key sites in the North, Han said.

“If it becomes clear the enemy is going to use nuclear missiles, in order to suppress that aim, the idea is to retaliate against the enemy’s key areas, including its leadership,” he told lawmakers Wednesday at the National Assembly.

South Korea has agreed to allow the U.S. to deploy a high-altitude missile defense system known as THAAD that the allies say is meant to exclusively protect the peninsula from the North. THAAD would be part of a layered defense that includes Patriot missiles.

In addition to threatening to turn its neighbor to the south into ashes, Pyongyang has vowed to continue its effort to develop a nuclear-tipped missile that could reach the U.S. mainland.

Tensions rose this week after North Korea tested a powerful new rocket engine and Kim ordered preparations to launch a satellite. The U.S. and its analysts believe the North’s space program is a cover for further technological advances in its weapons programs.

The Air Force general nominated to lead the U.S. Strategic Command expressed concern that North Korea is building up capabilities to hit the United States.

“And then once they have those capabilities, what are they going to do with them? That’s my biggest concern,” Gen. John Hyten told the Senate Armed Services Committee on Tuesday. Referring to North Korea, he said “unpredictability is the hardest to deter.”