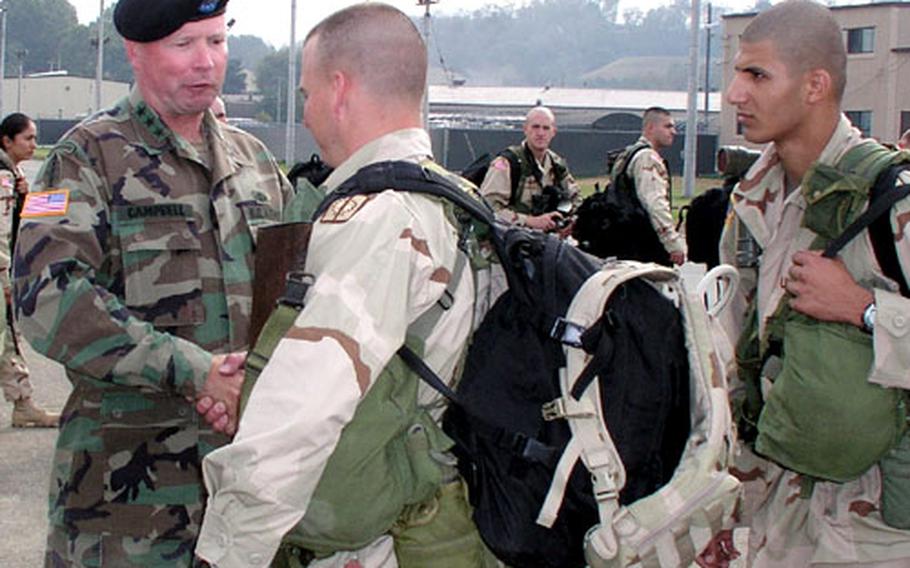 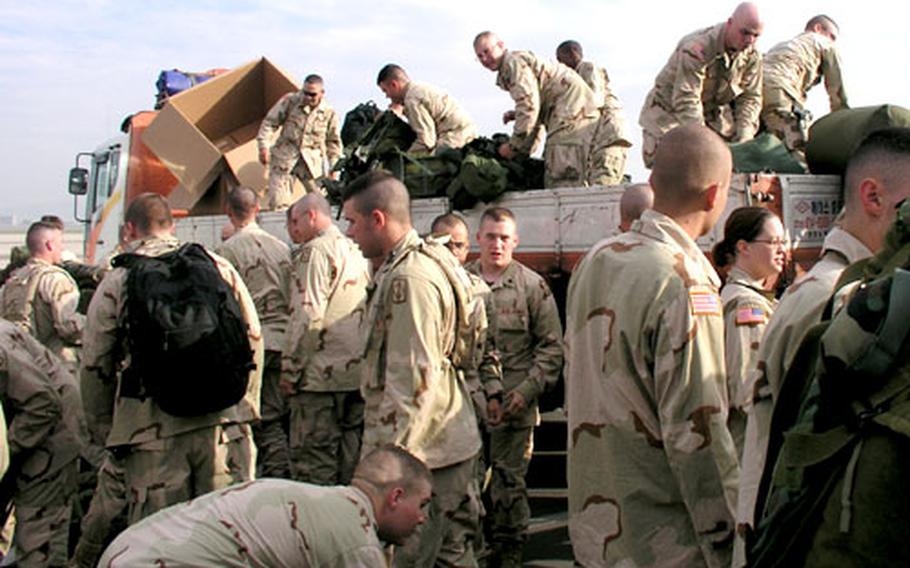 Soldiers of the Army&#39;s Korea-based 728th Military Police Battalion load their rucksacks onto a truck shortly before boarding a plane for Iraq. (Franklin Fisher / S&S) 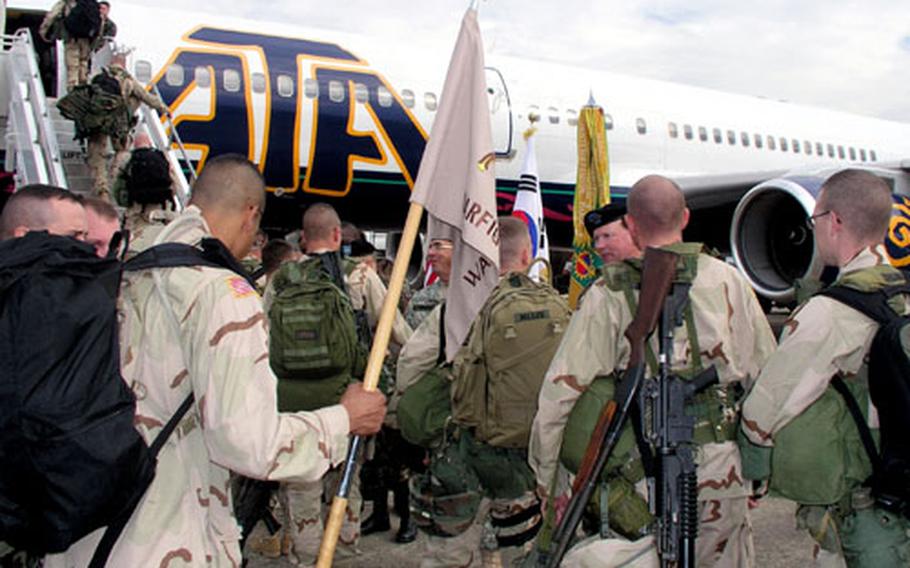 Ssoldiers of the Korea-based 728th Military Police Battalion board a plane that will take them to Iraq on Wednesday. (Franklin Fisher / S&S) 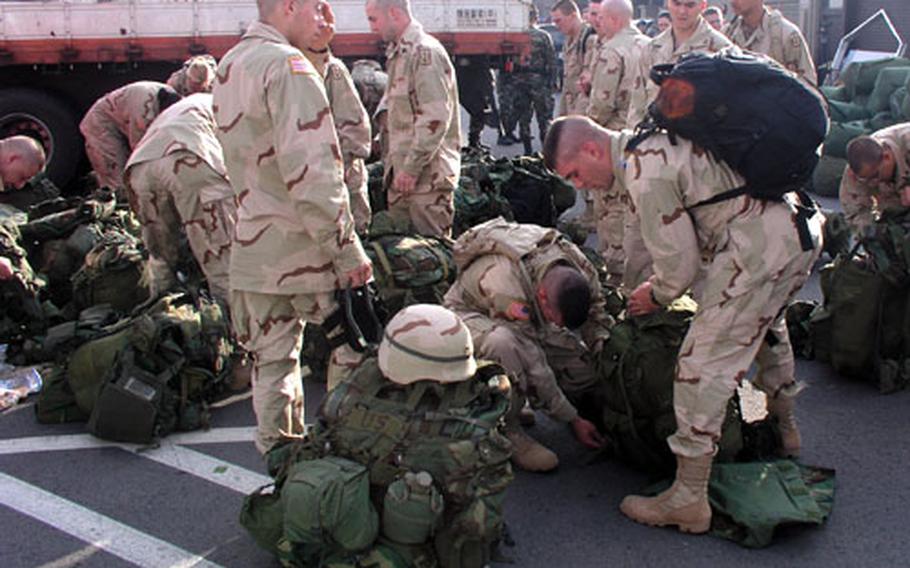 At Osan Air Base in South Korea Wednesday morning, troops of the Army&#39;s Korea-based Army&#39;s 728th Military Police Battalion ready their gear for a flight to Iraq. (Franklin Fisher / S&S)

OSAN AIR BASE, South Korea &#8212; The U.S. Army in South Korea has deployed 70 military police officers to Iraq for MP duty there until next spring. With what seemed an air of eagerness and buoyancy, the troops &#8212; two platoons of the 728th Military Police Battalion &#8212; boarded a commercial jet here Wednesday morning.

Sending them off with smiles and handshakes were Korea-based Army brass, including 8th Army commander Lt. Gen. Charles C. Campbell. The 8th Army Band played military marches as the troops filed toward the boarding stairs.

The Army needs the troops in Iraq to pull MP duties while it adjusts the scheduling of units involved in Iraq rotation, officials said.

&#8220;As the Army is supporting a very heavy operations tempo with multiple units rotating in and out in support of Operation Iraqi Freedom,&#8221; said Maj. Kate Johnson, an 8th U.S. Army spokeswoman in Seoul, &#8220;there was a need to provide a supplemental unit while the rotation schedule is being reset.

At the Osan flight line Wednesday, many of the troops wore smiles, could be heard joking with one another and moved briskly about the task of readying their rucksacks and weapons for the flight to Iraq.

It received orders recently to quickly prepare the two platoons for Iraq duty.

What ensued were several weeks of intense preparations within the battalion and its parent unit, the 8th Military Police Brigade, officials said.

The troops themselves underwent two weeks of Iraq-specific combat training that emphasized how to cope with roadside bombs and similar explosive devices and tips about the Iraqi people and culture, officials said.

In the run-up to Wednesday&#8217;s departure, the battalion added new training topics for the deploying MPs: handling the IED, or improvised explosive device, as well as Iraq-specific cultural awareness instruction.

When Savoy, the task force guidon bearer, phoned his mother with word he&#8217;d be going to Iraq, he told her not to worry. But his words don&#8217;t seem to have taken hold yet, he said in a flightline interview shortly before boarding the plane.

Crowe called the deployment &#8220;a historic moment for the battalion because since the Korean War, it&#8217;s been here the whole time.&#8221;

Some 10 to 15 percent of the task force personnel have &#8220;seen combat&#8221; in Iraq, Afghanistan, or other conflicts like Somalia, Crowe said.