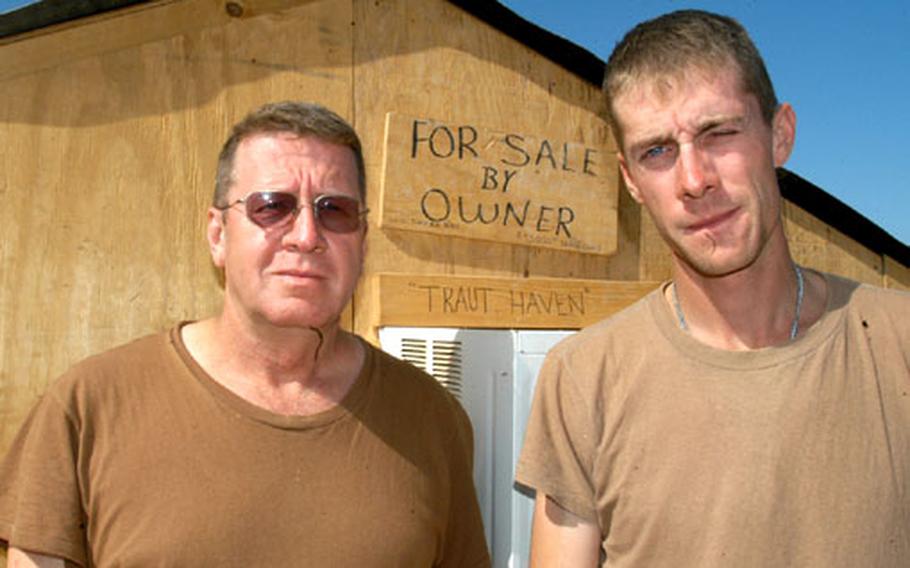 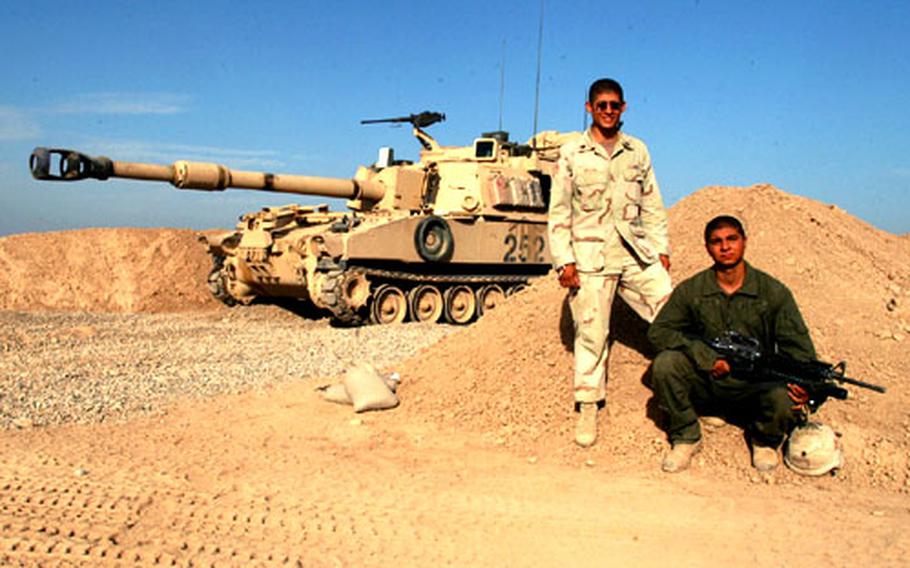 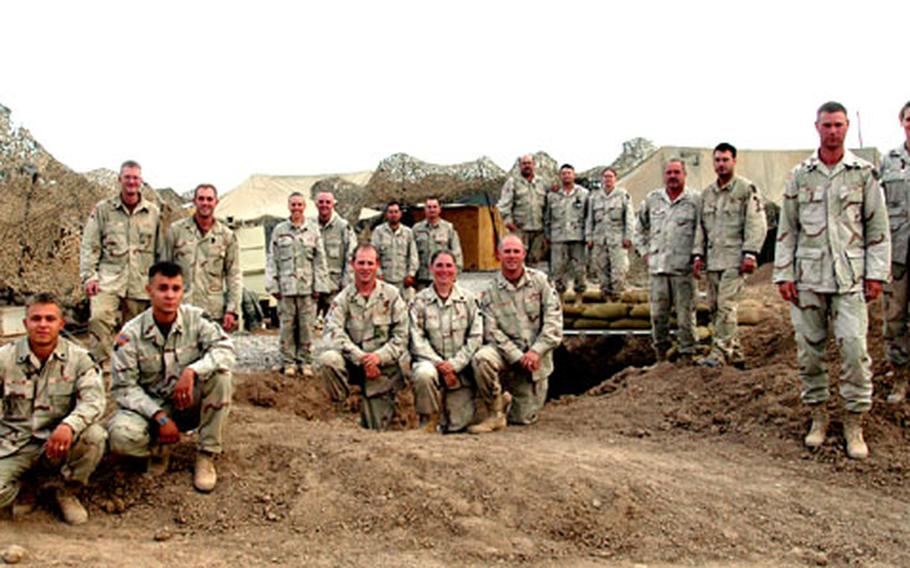 Shown here are 18 of the 36 guardsmen from the 200th Engineer Company who are related by blood or marriage. To view a larger version of the photo and caption, . (Jason Chudy / S&S)

CAMP WARHORSE, Iraq &#8212; Some military units become so close that their members consider each other as family.

Three of four Flottmeyer children are in Iraq. Their 21-year-old sister, Joanie, wasn&#8217;t able to join the Guard because of hearing loss.

There not only are brothers and sisters in the unit, but also cousins. There are uncles and nephews and nieces, five pairs of fathers and sons, and two sets of husbands and wives.

&#8220;I guess a lot of people kid me that my son outranks me,&#8221; said Sgt. David Trautman Sr., whose son is Staff Sgt. David Trautman Jr. Dad had a break in service for 13 years before his son talked him into rejoining the unit seven years ago.

They are spending a lot of time together now, as they share a three-person tent at Camp Warhorse outside Baqubah, about 60 miles northeast of Baghdad.

The majority of the unit is from Pierre, the state capital, but its members are augmented by detachments from Chamberlain, about 90 miles south, and Morbridge, about 90 miles north.

Unlike their active-duty counterparts, National Guard and some Reserve soldiers usually come from the same geographic area. Back home, family members attend weekly meetings and there is an extensive Web site with hundreds of photos from Iraq.

Because the soldiers are all from the same area, the 200th&#8217;s leaders probably know more about their soldiers than leaders in an active-duty unit would know.

&#8220;Not only do I know them as soldiers, but I know their parents,&#8221; said 1st Lt. LeeJay Templeton, company executive officer, whose father is Staff Sgt. Roger Templeton.

The senior Templeton said he has served as a scouting leader for some of the younger soldiers.

Many credit the unit&#8217;s large number of family members to a tradition of military service in South Dakota.

It&#8217;s a tradition of service that goes back many years. During World War II, the younger Templeton says, South Dakota had the highest per capita number of soldiers for any state.

Two of the 200th&#8217;s soldiers are Vietnam veterans, three served during Operation Desert Storm and one served in Bosnia and Herzegovina.