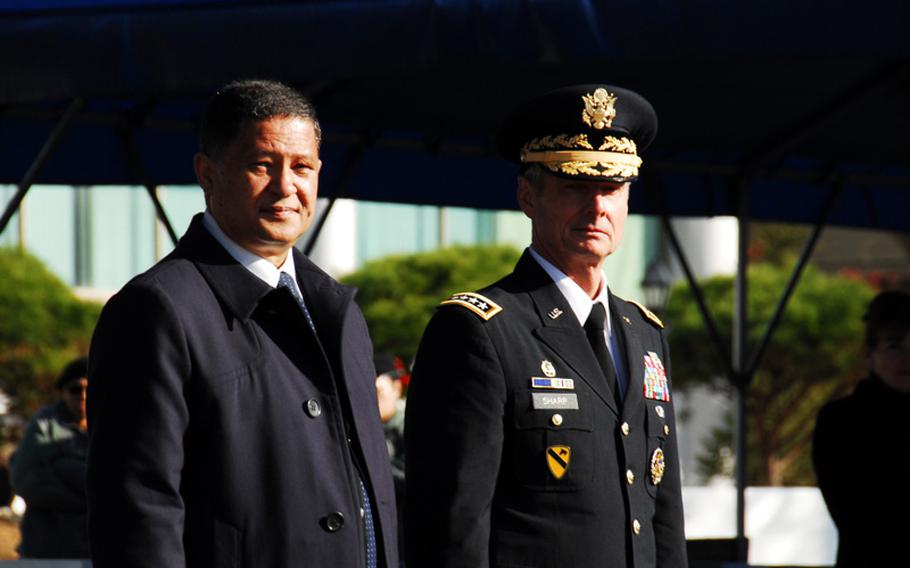 SEOUL &#8212; Though none of its troops were present at the ceremony Tuesday, South Africa was reinstated as a member of the U.N. Command, the organization tasked with maintaining a decades-old armistice on the divided Korean peninsula.

The move gives South Africa more access to information about security concerns with North Korea, which recently confirmed that it has built a new uranium enrichment facility. It also gives the nation, which has a violent past, a chance to push its principles of peaceful conflict resolution and voluntary disarmament on the heavily-armed Korean peninsula.

South Africa, a relatively prosperous nation that withdrew from international groups like the UNC during apartheid, is today &#8220;a country at peace with itself, and therefore a more durable partner,&#8221; Hilton Dennis, South Africa&#8217;s ambassador to South Korea, said at Tuesday&#8217;s ceremony.

He said his country&#8217;s experiences in dismantling apartheid during the 1990s can be applied in the Koreas, particularly its focus on dialogue and restraint.

South Africa has no troops in South Korea and no plans to station any there, said Maj. Gen. Lawrence Wells, deputy chief of staff for the UNC and U.S. Forces Korea. UNC members are not required to send troops to South Korea during times of conflict, USFK spokesman David Oten said.

South Africa is the 16th nation to join the post-war UNC, led by USFK commander Gen. Walter Sharp and tasked with maintaining the armistice that ended the Korean War in 1953, since no peace treaty was signed.

South Africa was one of 16 nations that made up the U.N. Command during the Korean War, sending a few dozen soldiers and a squadron of fighter aircraft to the peninsula, where South African pilots flew more than 12,000 sorties. Thirty-seven South African troops were killed during the fighting.

Wells said Dennis approached Sharp about being reinstated in the UNC about 2&#189; months ago after visiting the U.N. Memorial Cemetery in Busan, South Korea, where some of South Africa&#8217;s war dead are buried.

South Africa&#8217;s membership opens the door for South Africa to participate in military exercises with other UNC members, and gives them access to &#8212; and a voice at &#8212; UNC meetings, Wells said.

Because of concerns over North Korea, Wells said current UNC members are becoming more active in the group. He said expects more nations to join, though there are currently no plans to admit new members.