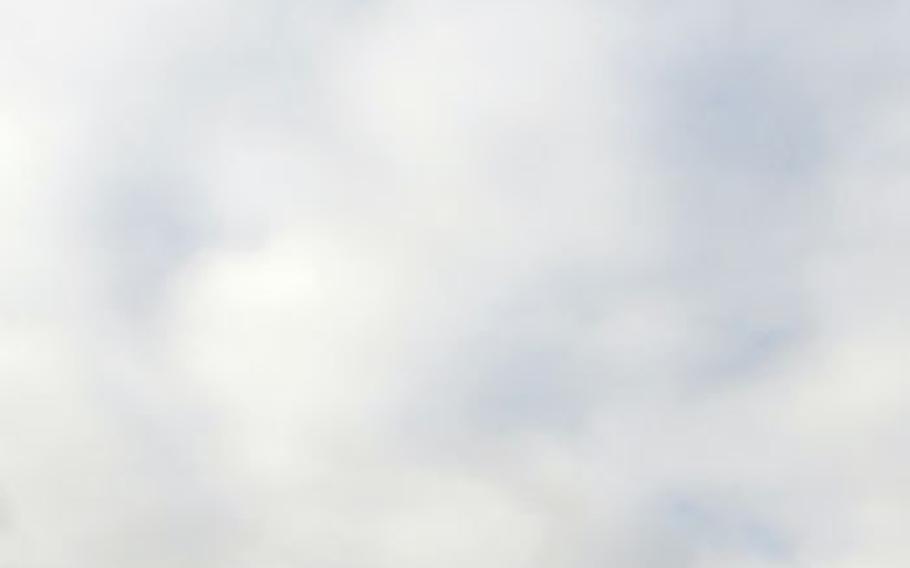 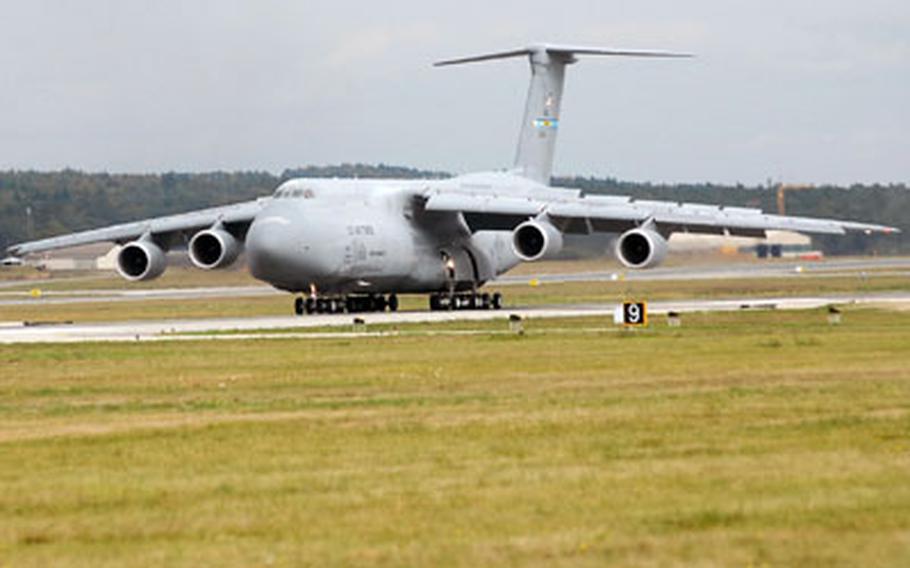 Buy Photo
A C-5M Galaxy rolls down the runway after landing at Ramstein Air Base, Germany. The C-5M is an upgraded version of an older model with new avionics and much quieter engines. (Photos by Michael Abrams/Stars and Stripes)

RAMSTEIN AIR BASE, Germany &#8212; The Air Force showed off its newest heavy-lift aircraft over the German countryside &#8211; a souped-up C-5 Galaxy with quieter engines and the latest avionics.

Two of the Air Force&#8217;s three C-5Ms in service will be taking to European skies, operating primarily out of Ramstein through mid-January as part of the service&#8217;s test phase of the aircraft at overseas bases, said Col. John Gomez, Air Mobility Command requirements division chief.

The Air Force plans on upgrading 52 of its 111 Galaxies at a cost of $90 million per aircraft, and according to recent media reports, the new model set scores of records, including climbing records with different payload weights.

One major improvement that helped the new version set those records is the replacement of the plane&#8217;s four "whiny" General Electric TF-39 engines with General Electric CF6-80C2 engines that Gomez boasted are quieter on takeoff and landings.

Gomez and Lockheed Martin officials briefed the media and local dignitaries on the C-5M on Wednesday before the Air Force showed off the aircraft. The demonstration featured a C-5M taking off and landing and an older version of the C-5 taking off. The C-5M was noticeably quieter than even the smaller C-17 Globemaster IIIs that operate routinely out of Ramstein.

The C-5M generates about 95 decibels of noise on takeoff and about 105 decibels when it lands compared to 120 decibels the older models produced.

Even though C-5s aren&#8217;t stationed at Ramstein, Galaxies takeoff and land at the base 40 times a month on average, said Dan O&#8217;Rourke, Lockheed Martin director of C-5 product development.

Ramstein Mayor Klaus Layes was among the spectators at the demonstration. Layes said people who live near the base can tell when an older C-5 is taking off and landing because it is one loudest planes that operates from Ramstein.

"The first time I heard that a new type of C-5 was developed was when I was in the U.S. in 2004," he said. "Finally, at the demonstration it was clearly shown how quiet the new C-5M indeed is."

While reducing noise was a concern so the Air Force could be a good neighbor to communities near air bases, improving the aircraft&#8217;s reliability was another major reason for the upgrade, Gomez said.

"Our No. 1 concern was the number of aircraft we had to fly on any given day," Gomez said.

The Air Force wanted at least 75 percent of its Galaxies available on any given day, but with the new C-5M an estimated 81 percent of the service&#8217;s aircraft could fly each day, Gomez indicated during a slide presentation. Because of maintenance issues, only 50 percent of the aging C-5 fleet is able to operate daily he added.

Stars and Stripes reporter Marcus Kl&#246;ckner contributed to this story.

The distance of the first flight by the Wright brothers was less than the length of the C-5 cargo floor.

The cargo compartment of the C-5 could carry 100 Volkswagen Beetles, 58 Cadillacs, or six standard Greyhound buses.

The interior and exterior paint on the C-5 weighs 2,600 pounds.

It can fly 6,320 nautical miles without refueling.