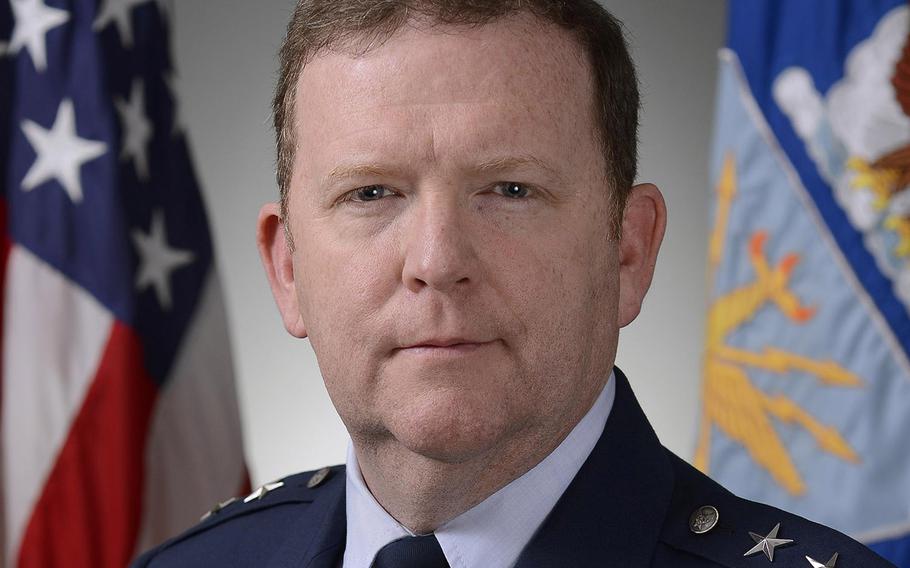 Maj. Gen. Richard ScobeeÂ has been confirmed by the U.S. Senate for promotion to the rank of lieutenant general, and will become the Chief of the Air Force Reserve and Commander of Air Force Reserve Command. (U.S. Air Force)

Scobee’s service in the Air Force is part of his family legacy. His father, Lt. Col. Francis Richard Scobee, was an Air Force aircraft mechanic, test pilot and NASA astronaut who logged more than 6,500 flying hours and flew 45 types of aircraft. He joined NASA as an astronaut candidate in 1978.

Francis Scobee, 47, was commander of the ill-fated Space Shuttle Challenger, which exploded just 74 seconds after launch on Jan. 28, 1986. All seven crewmembers died. Scobee was awarded the Congressional Space Medal of Honor posthumously and inducted into the Astronaut Hall of Fame.

At the 30th anniversary of the Challenger explosion, held in 2016 in Cape Canaveral, Florida, Richard Scobee told local media outlets, “Anybody who’s lost somebody that they love, they know what it’s like.

“Whether it’s a long illness or something that’s unexpected, that feeling of loss is the same. Ours was just very public; we shared it with the nation, who was in mourning with us. We derive a lot of strength from that. There are great people in this country and we are lucky to be a part of it.”

Scobee was a 21-year-old senior at the U.S. Air Force Academy at the time of the Challenger disaster, and just beginning his own career as a military officer. He is a command pilot with more than 3,800 flying hours in the F-16 Fighting Falcon, including 248 combat hours. His service biography lists overseas assignments in Iraq, Germany and South Korea. Prior to his current assignment, he was the commander of the Air Force Reserve Command’s 10th Air Force at Naval Air Station Fort Worth Joint Reserve Base in Texas.

Scobee now serves as the deputy commander of Air Force Reserve Command at Robins Air Force Base in Georgia. In that capacity, he already oversees the daily operations of the command. Aside from the 70,000 airmen, the command includes more than 300 aircraft among three numbered air forces, 33 flying wings, 10 flying groups and one space wing, according to his online biography.

A date for Scobee to assume command is pending, officials at Robins Air Force Base said.