Some troops to get July 4 showing of new ‘Superman’ film 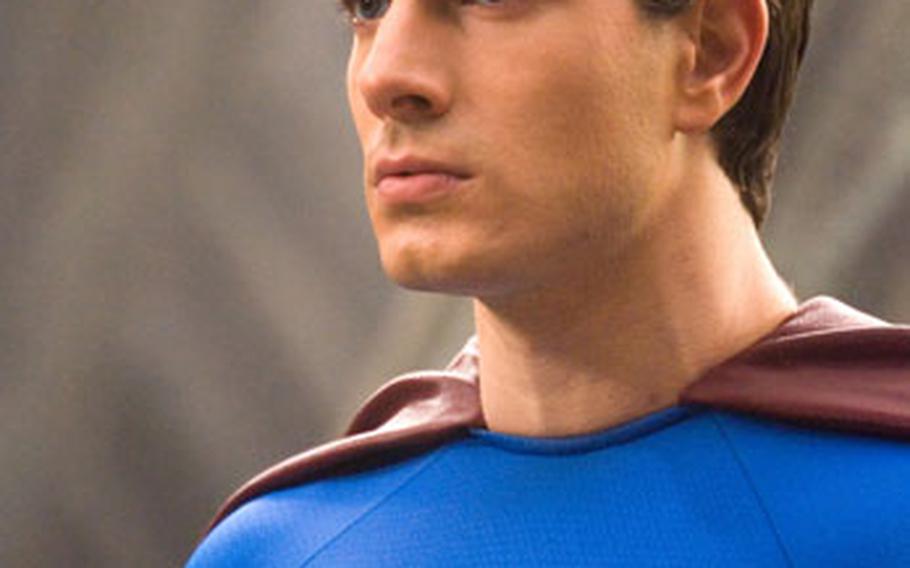 Military members will have the chance to see &#8220;Superman Returns&#8221; during special showings on July 4 at Camp Anaconda, Iraq; Yokosuka Naval Base, Japan; and Naval Support Activity Naples, Italy.

&#8220;Superman Returns,&#8221; which opens nationwide in the States on Wednesday, also was shown in special advance screenings during the weekend at 45 military bases around the United States as part of Warner Bros. Pictures&#8217; salute to military members program dubbed &#8220;Operation Super Hero.&#8221;

Superman started out as a 1933 comic book character and since then has been seen on both TV and on the big screen. &#8220;Superman Returns&#8221; is the fifth Superman movie since the late 1970s.

The latest movie, according to a Warner Bros. press release, brings Superman back to earth after a mysterious absence of several years. While old enemy Lex Luthor, played by Kevin Spacey, tries once again to kill Superman, the superhero&#8217;s alter ego, Clark Kent, tries to rekindle his relationship with Lois Lane, played by Kate Bosworth.

In addition to the movie screenings, Warner Bros. will be sending postcards to the troops from Americans &#8212; the press release says that they&#8217;re planning to deliver more than a million &#8212; on July 4.

The postcards are being filled out by patrons at theaters throughout the country.