Some troops don't see much action in sky 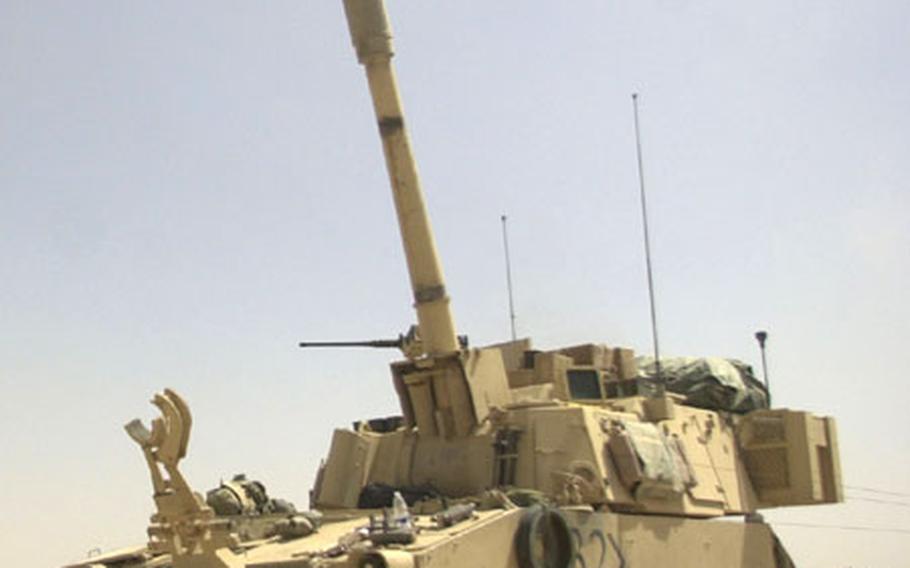 In their 10-day push through southern Iraq, for example, soldiers from the 1st Battalion, 15th Infantry Regiment of the 3rd Infantry Division saw a grand total of four warplanes drop a half-dozen bombs on stationary targets.

&#8220;The way we heard it before the war, we were going to push through all this under an umbrella of Apaches and fast-movers,&#8221; said Sgt. 1st Class Anthony Blount of the 1-15th Scout Platoon.

Instead, the unit relied on its mobile field artillery and its mortar platoon to rain down fire on targets in their path. The 1-15th has seen some of the heaviest fighting of the war, having led the initial advances through cities like Nasiriyah, Samawah and Najaf.

On the first few nights of the war, all eyes were cast skyward, searching for the promised fireworks show that intense airstrikes and cruise missile launches were expected to produce.

But for the most part, the only things streaking through the night sky were the munitions from land-based Multiple Launch Rocket Systems.

&#8220;When we crossed the border on the first night of the war, we were all told that the whole sky was going to be full of missiles and bombs and that we would just sit back and watch it all,&#8221; said Pfc. Juan Lucatero of the scout platoon.

News reports have been full of images of the air war in Baghdad, with hundreds of precision bombs raining down on targets in and around the city. Soldiers on the ground haven&#8217;t seen those pictures.

Instead, they strain their ears to hear signs of aircraft passing overhead. They scan the sky for attack helicopters, but more often see lumbering CH-47 Chinooks sling-loading supplies and ammunition.

They only hear reports of massive bombing campaigns and the complete air superiority that the coalition forces enjoy.

The 1-15th travels with a team of Air Force fire controllers. For the first week of the war, they were hardly used. But as the unit smashes its way into position south of Baghdad, these Enlisted Terminal Attack Controllers, or ETACS, will play a greater role.

In a push through the Karbala Gap to a strategic point just south of Baghdad, commanders said the sprinting ground columns would be heavily supported by close air support and artillery.

According to a summary of the battle plan read over the battalion radio network, the ground troops would be supported by at least 24 aircraft on station for bombing runs against dug-in Iraqi defenders.