Some Iraqi officials prefer troops stay out of towns 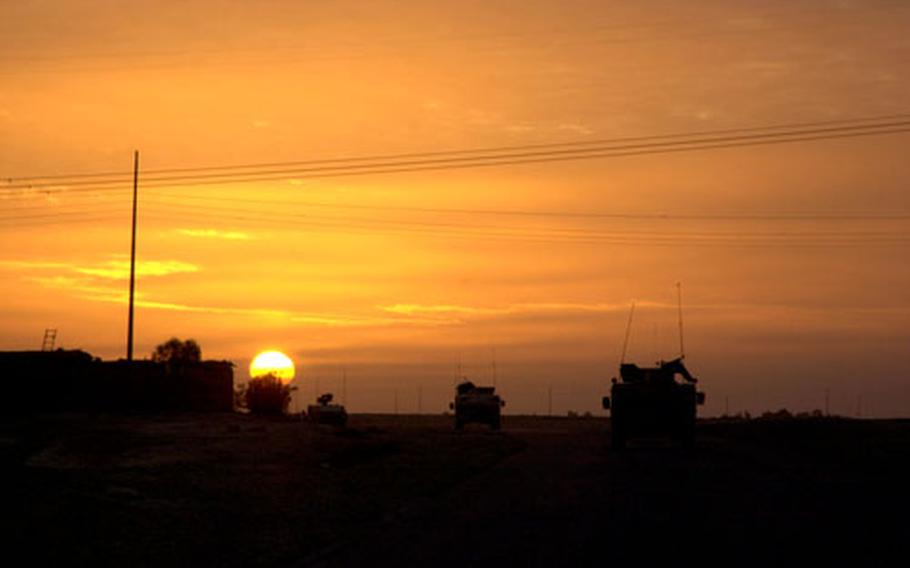 An American Humvee patrol advances down a secondary road south of Tikrit, Iraq, in this undated file photo. To the soldiers, from the 3rd Battalion, 320th Field Artillery Regiment, this road is the epicenter of roadside bomb attacks. (Joseph Giordono / S&S)

An American Humvee patrol advances down a secondary road south of Tikrit, Iraq, in this undated file photo. To the soldiers, from the 3rd Battalion, 320th Field Artillery Regiment, this road is the epicenter of roadside bomb attacks. (Joseph Giordono / S&S) 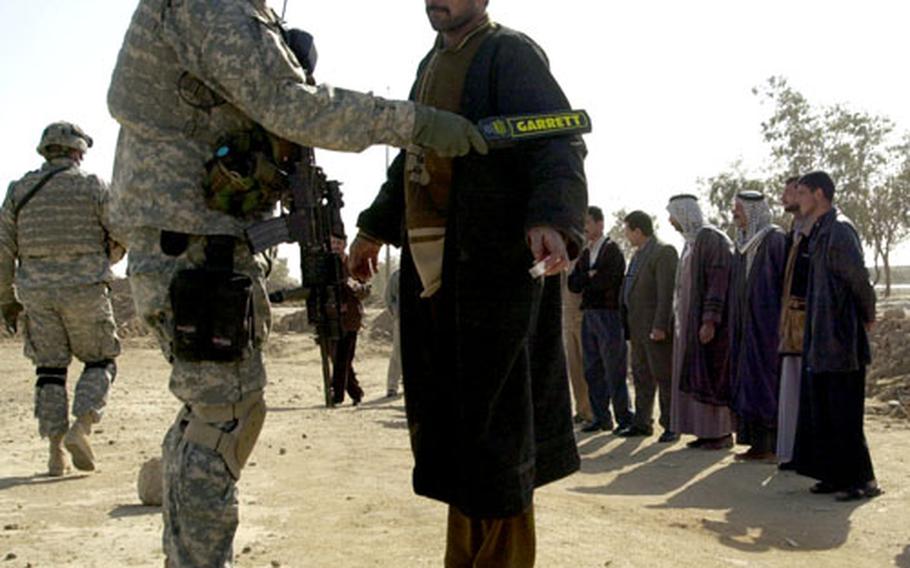 Staff Sgt. Michael Deason, 27, of Farmington, Mo., searches a group of Iraqi men for weapons during an inspection of a gas station south of Tikrit. (Joseph Giordono / S&S) An Iraqi man walks to his home as U.S. troops gather information about houses and residents in Wynot, south of Tikrit. (Joseph Giordono / S&S) 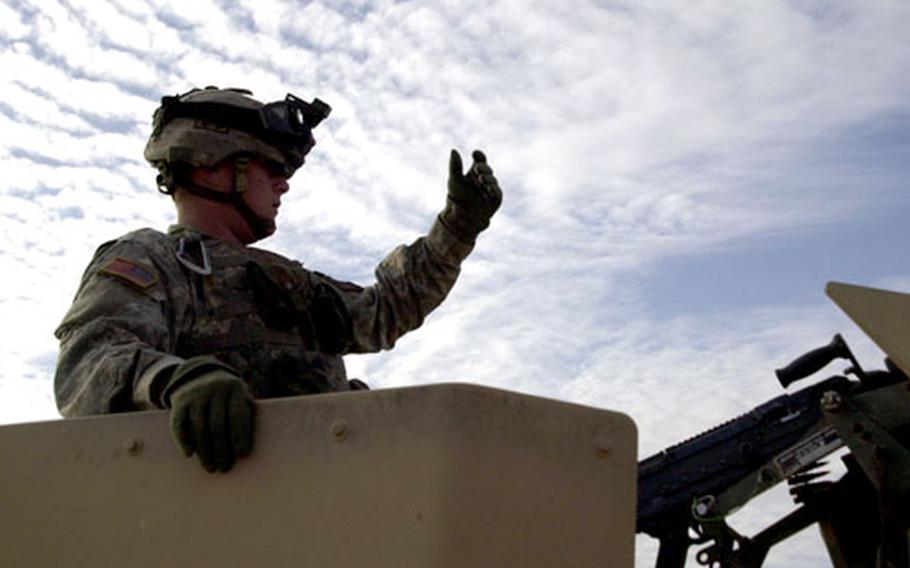 Soldiers from Battery B, 3rd Battalion, 320th Field Artillery Regiment say a prayer before heading out on a patrol south of Tikrit. (Joseph Giordono / S&S)

TIKRIT, Iraq &#8212; The governor of Salah ad Din province has a deceptively simple solution, one which he believes will satisfy everyone: the American military and public, the average Iraqi citizen and the insurgents fighting a bloody campaign nearing the end of its third full year.

The answer, he says, is to confine American forces to large bases outside of major cities, forbidding contact between anyone other than U.S. military officers and appointed Iraqi officials. The governor, Hamed Hamud al-Shukti, and several other powerful provincial figures repeated the suggestion this week in council meetings, talks with U.S. military representatives, and interviews with journalists.

But the reality is more complicated. In this Sunni-dominated province, ancestral home to Saddam Hussein, the reality always is.

While most Iraqi officials acknowledge the police and army are far from being able to handle security on their own, some say the time is now.

&#8220;If the Americans left next week, the security situation would improve, for sure,&#8221; said Sheik Rashid Ahmed Osman al-Jabuli, head of the Salah ad Din provincial council. &#8220;What they call the resistance would go away. I am resisting also, but believe in peaceful resistance.&#8221;

Rashid is one of many Sunnis who refuse to accept the new constitution, saying it is crafted to give power and oil to Shiites and Kurds, and exclude Sunnis. But if American troops pull back, he says, there will be no civil war, though some analysts say one has already begun.

&#8220;It&#8217;s preferable there be no connection or meeting, other than officials who are seeking to get benefits for people. There is no reason for ordinary people to meet them,&#8221; he said, of Iraqis and U.S. soldiers.

In a way, the U.S. military has begun doing just that. They have closed several bases in cities like Tikrit, consolidating some forces at large bases like Camp Speicher, away from major population areas.

But for soldiers like Capt. John Montgomery, an artillery battery commander on his second tour in Iraq, interaction with Iraqis is an integral part of the mission. In towns such as Owja and Wynot, outside of Tikrit, Montgomery and his soldiers are the face of the U.S. military, searching for insurgents, checking in on Iraqi police and army units, and meeting with town councils and ordinary residents to try to solve their problems.

Montgomery was trained as an artillery officer and performed that job with the 3rd Infantry Division in the initial invasion; now, he must be part cop, part problem-solver and part infantryman. His battery, part of the 3rd Battalion, 320th Field Artillery Regiment, 101st Airborne Division, assumed responsibility for an area previously under the watch of two U.S. infantry companies.

Still, Montgomery says he understands where the fight is now. The battalion, known as the Red Knight Rakkasans, must combat both the insurgents and the public backlash that can come from a raid gone bad or an hours-long traffic jam caused by U.S. movements.

Sunday was a pretty typical day for a squad from Battery B, 3rd Battalion, 320th Field Artillery Regiment. Gathering for a patrol brief and a group prayer, the soldiers piled into four armored Humvees and first searched a gas station and the dozens of vehicles lined up outside.

They drove into Wynot, gathering information on who lives in certain houses, then set up &#8220;flash&#8221; checkpoints on a series of rural roads outside the town. As the sun set, they patrolled a desert road known as a favorite spot for insurgents to plant roadside bombs.

The patrol is long, cold and dusty. The occasional smell of onion fields envelops the patrol. In one Humvee, it is conducted to a soundtrack courtesy of a rigged iPod and some battered computer speakers: Aerosmith, Michael Jackson, The Beatles, Tim McGraw, Li&#8217;l Jon, and, as the convoy pulls back into base after dark, the theme from &#8220;Top Gun.&#8221;

Later that night, a mortar round will hit near the front gate. It is the first time in weeks the base has been targeted.

But the insurgents are out there. By his own count, Hamed, the governor, has been targeted for assassination eight times. He is serving his second term in office, and, Inshallah (&#8220;God willing&#8221;), he will stand for another four-year term in the next election, he says. If he does gain that third term, Hamed hopes it sees a healing of the &#8220;bone fracture&#8221; that he describes in the relationship between U.S. troops and the residents of Tikrit.