Some Grafenwöhr units will have to move 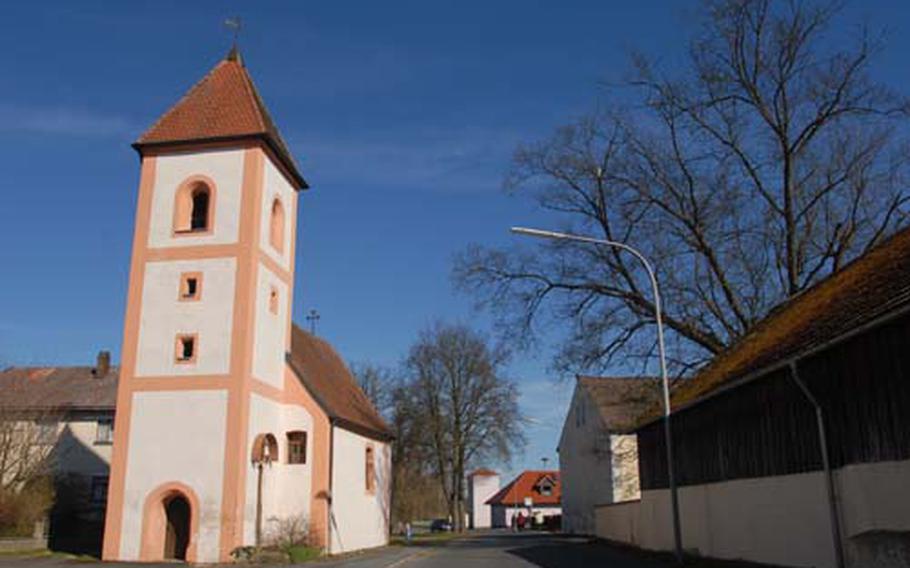 Because a planned 300-unit housing area for soldiers and their families in this village of Hütten, near Grafenwöhr, was put on hold, several Army support units will move from Grafenwöhr to other bases in Germany. The move was meant to make way for four Schweinfurt-based infantry battalions. (Seth Robson / S&S)

GRAFENW&#214;HR, Germany &#8212; The scrapping of a 300-home off-post military housing project and the impending arrival of four Schweinfurt-based infantry battalions means several Army support units currently based at Grafenw&#246;hr will have to move to other bases in Germany.

On Thursday, U.S. Army Garrison Grafenw&#246;hr commander Col. Nils "Chris" Sorenson told a gathering of leaders from German communities surrounding the base about plans to move the battalions to Grafenw&#246;hr next year, after the 172nd Infantry Brigade returns from its yearlong mission to Iraq.

The movement of the battalions, at a time when there is a critical housing shortage at Grafenw&#246;hr, "means some of our small enabling units will go elsewhere," he said. He identified one of the units on the move as the 12th Chemical Company, which is headed to Schweinfurt.

"With the training units that come through, we are close to 30,000 people," he said of the population of soldiers, civilians and family members in the garrison, which includes Grafenw&#246;hr, Vilseck and Hohenfels.

The 172nd Infantry Brigade Headquarters and two battalions assigned to the brigade moved to Grafenw&#246;hr last summer while the brigade&#8217;s four other battalions are due to join them next spring, he said.

Many of the additional soldiers and their families were to have moved into a 300-home off-post leased housing area in the nearby town of H&#252;tten, he said. However, that project has been on hold since the German investor in the project &#8212; PPREF &#8212; declared bankruptcy late last year.

"The H&#252;tten project is going through some problems on the financial side. The concern we have right now is that we still need to get four battalions from Schweinfurt to here," Sorenson told the German leaders.

Gen. Carter Ham, the U.S. Army Europe commander, has sent a letter to the German federal government reaffirming the Army&#8217;s need for 300 homes at Grafenw&#246;hr, he said.

Sorenson asked the German community leaders to put the word out that the Army is looking for private rental housing for the incoming personnel.

"We need more private rental housing from around the area. We need it badly," he said. "Private rental opportunities are our fastest solution to help get forces here to Grafenw&#246;hr to realize the growth we are trying to achieve."

Grafenw&#246;hr mayor Helmuth W&#228;chter said some private rental housing will be made available off-post but that it will not be enough to meet the Army&#8217;s needs.

W&#228;chter said new investors are interested in taking over the H&#252;tten project but that they want the German federal and Bavarian state governments to guarantee rents for 10 years beyond a 10-year rent guarantee that the U.S. Army is prepared to give.

That was the deal given to the investors who developed the 800-home Netzaberg off-post military housing area at Grafenw&#246;hr over the past few years, Wachter said.

"If we can start construction (at H&#252;tten) this year we could have housing available by next summer because the preparation of the ground, in terms of utilities, is practically done," he said.