Some GIs in Kuwait racking up sea pay 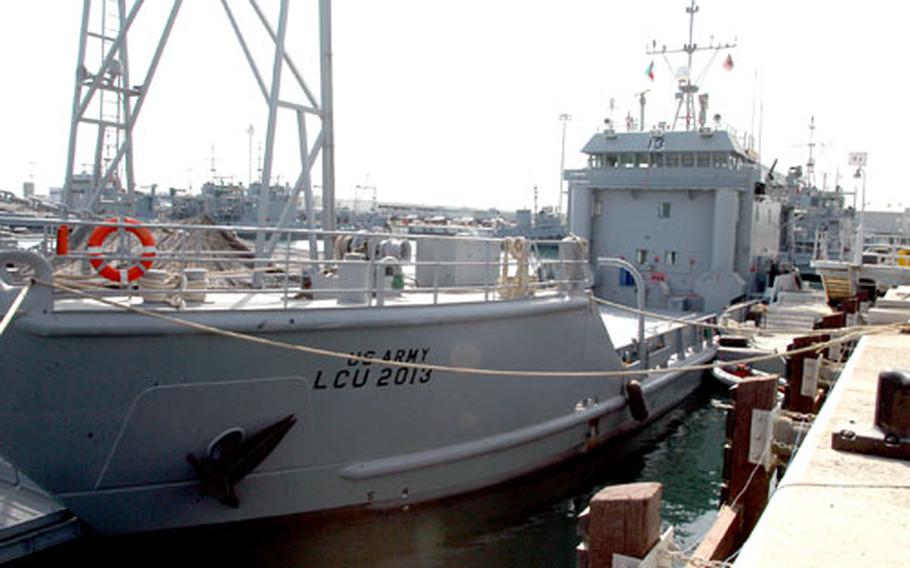 In Kuwait, the Army&#8217;s small fleet of landing craft utility, or LCU, vessels, is responsible for moving cargo between U.S. bases in Kuwait, Bahrain, southern Iraq and Qatar, said Chief Warrant Officer 5 Scott Jackson, commander of three of the LCUs operating out of the Kuwait Naval Base, also known as Mohammed Al-Ahmed Naval Base.

The Army has 26 LCUs in Kuwait, though most are &#8220;mothballed,&#8221; or sitting in storage. The 174-foot vessel has a 2,500-square-foot deck area, which can accommodate payloads equivalent to what four C-17 transport aircraft can carry.

The vessels can carry quite a load, but they move ever so slowly, said Jackson, a former Special Forces soldier and one of only five chief warrant officer 5s in the Army&#8217;s transportation corps.

With a top speed of 12 mph, on a good day, going downhill and with a tail wind, Jackson joked, it can take up to 24 hours to move about 250 miles.

&#8220;We make a great deal of sacrifices in this field,&#8221; Jackson said, referring to operational tempo and time the soldiers spend away from home. The average is about 280 days a year, he said.

The yearlong deployment to Kuwait, which started in November for the 481st, is the first time in her nine years of active and reserve service that Spc. Alesia Tucker, 31, has lived aboard a ship, she said.