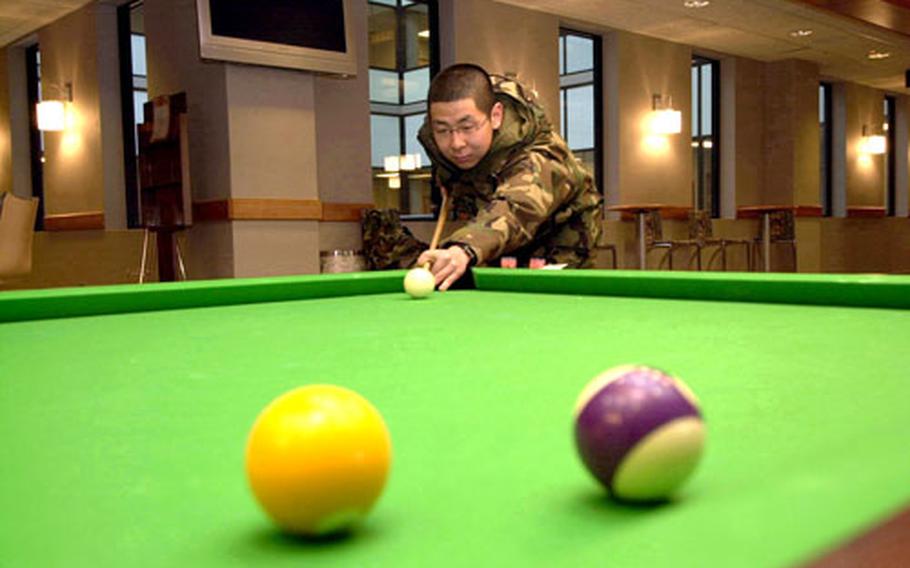 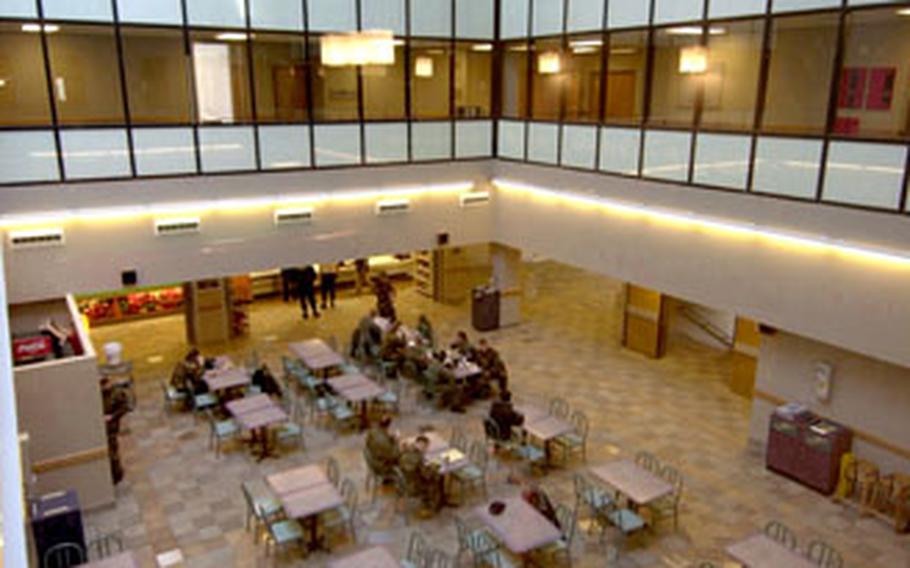 K-16 AIR BASE, South Korea &#8212; The military community at this small air base was treated to a holiday surprise: a partial opening of the sprawling 56,000-square-foot Community Activities Center.

Though the grand opening isn&#8217;t planned until March, when construction of the six-lane bowling alley and a few other facilities wraps up, the first customers started wandering through the building Dec. 23.

The facility was designed as one-stop shopping for the community, according to Eric Yim, CAC director and facility manager.

The basement will feature the bowling alley and for the first time on K-16, an education center consisting of five classrooms and a computer lab. The first floor is home to the food court and The Landing Zone, an all-ranks club. A Community Bank branch and travel office also are planned.

Recreation is the game, literally, on the second floor, where everything from pingpong to foosball billiards to video games, an Internet caf&#233; and video lounge are free for use. Music rooms, a giant multipurpose room with an 8-by-12-foot screen, the Arts and Crafts Center and an exercise room for yoga or tae kwon do round out the offerings.

The third floor houses the library, a chapel and in the future, the Army Community Services offices.

Lawrence Flowers, recreation director, said the facility is for the base community.

His plans include video game and poker tournaments, a pool and pingpong league and online video games that allow the base to take on the world.

Yim said the opening marked the final stages of the $11 million, two-year project.

There have been a few glitches, he said. The elevators still require the final safety clearance and the club needs its lights, but the process has been great.

And Mario Farrulla, Area II CAC director, said the new K-16 facility is needed, &#8220;people are asking for this.