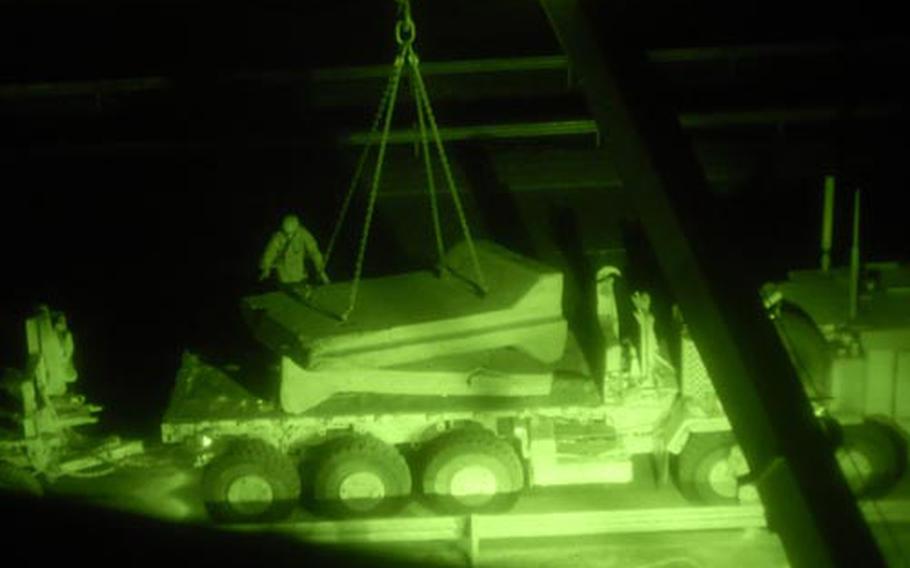 Soldiers with the 5th Squadron, 4th Cavalry Regiment guide concrete barriers on to a truck in the Khadra neighborhood of northwest Baghdad. (By Dustin Roberts / Courtesy US Army)

Soldiers with the 5th Squadron, 4th Cavalry Regiment guide concrete barriers on to a truck in the Khadra neighborhood of northwest Baghdad. (By Dustin Roberts / Courtesy US Army) 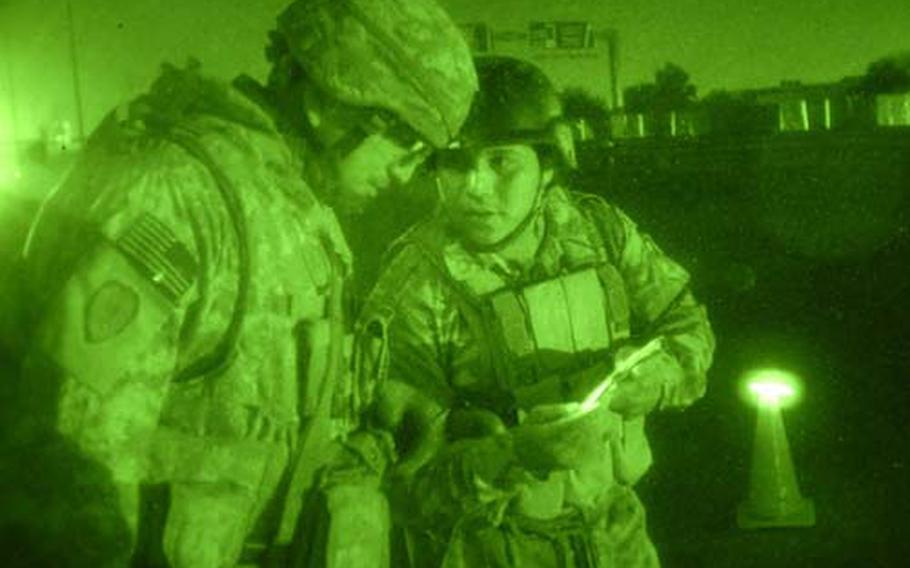 As security conditions in parts of Baghdad solidify, U.S. and Iraqi troops are moving to adjust or remove some of the seemingly endless lines of concrete blast walls in the city.

The blast walls have been both curse and cure in the war: They have helped calm violence in some areas, but also proven a hindrance to everyday life and a de facto line of segregation between Shiites and Sunnis.

The Khadra neighborhood in northwest Baghdad is the latest to see part of the blast walls come down, officials said Thursday. An "outer wall" around the neighborhood has been removed, but much of the rest of the neighborhood remains surrounded by barriers.

According to officials with Multi-National Division &#8212; Baghdad, some 500 concrete blast barriers surround Khadra.

In general, the warren of blast walls in Baghdad funnels traffic through checkpoints so that soldiers, police and security volunteers can more easily spot vehicles carrying bombs and other weapons.

In some areas outside of Baghdad, such as Hawijah, American troops have completely taken down the walls they&#8217;ve built.

The walls in Baghdad have become largely accepted by residents after a controversial beginning. When one of the first large walls was put into place around the Adhamiyah district, it drew an outcry that reached the prime minister&#8217;s office.