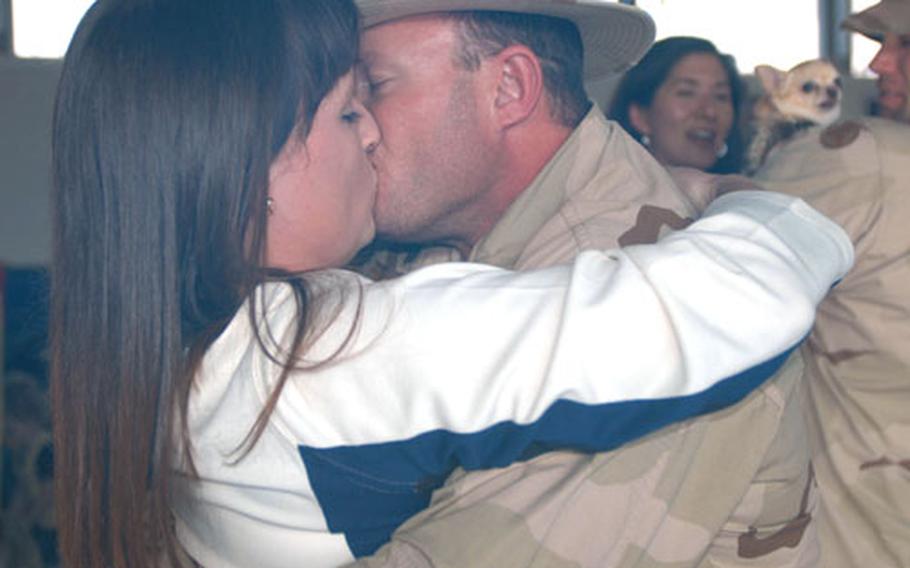 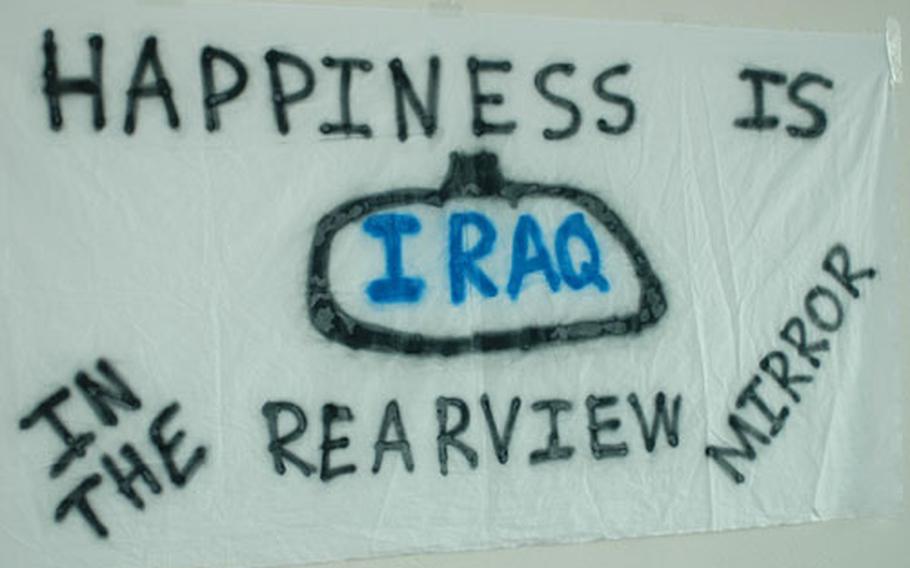 A banner hung at the site of the 7th Corps Support Group’s first unit homecoming says it all: "Happiness is Iraq in the Rearview mirror." (Rick Emert / S&S)

BAMBERG, Germany &#8212; It was an 18 million-mile trip, but some soldiers of the 7th Corps Support Group have finally reached the end of the road.

About 1,500 more 7th Corps Support Groups will return home probably by the end of March to home stations in Grafenw&#246;hr, Vilseck, Illesheim and Giebelstadt, according to Maj. David Allen, rear detachment commander for the group.

The troops originally were to return Tuesday, but a string of delays, including transportation problems, kept pushing the date back, Allen said.

While deployed to Iraq, the 7th CSG supported the 3rd Corps Support Command in driving 18 million miles of day- and night-convoy operations. The command delivered 1.1 million gallons of fuel, 1 million gallons of water and 3 million cases of Meals, Ready to Eat to soldiers in Iraq.

The only delivery the families of the soldiers cared about, however, was the short march the unit made from its unit headquarters to the skating rink on Friday.

Shadle said the communication lines to her husband in Iraq were good, but not too reliable.

The first thing her husband, Michael, planned to do was call his daughter in the States, she said.

Jannine MacKay had 2-year-old Starla to help her keep her mind off of the deployment.

And her husband, Spc. Douglas MacKay, will have some celebrating to do.