Solo deployments not easy for airmen 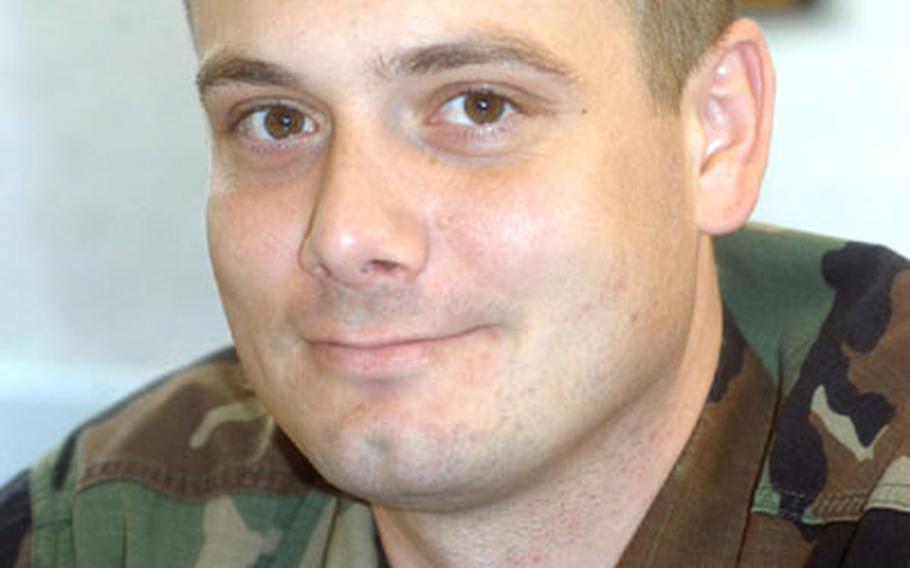 It was on that journey from Barksdale Air Force Base, La., to Sarajevo, Bosnia and Herzegovina, that the airman with the 48th Communications Squadron learned something else.

Unlike the Army, which sends soldiers off on deployment with several hundred of their closest friends, the Air Force frequently sends people off on their own &#8212; an airman from here, one from there and one from another place become a team when they reach their destination.

Based at RAF Croughton, England, she met up with the Army unit in Germany, soldiers who knew each other. She was the odd airman out.

&#8220;Eating meals is a lonesome experience. It seems to be the worst time for me,&#8221; she said in e-mailed answers to questions. &#8220;Eating is a social thing. You do not realize how alone you really are until you have to eat your meals alone.&#8221;

Morris isn&#8217;t treated like a leper, of course. Her friends are people she met during a layover on the trip to Iraq.

For Maj. Travis Harsha, commander of the 332nd Expeditionary Security Forces Squadron at Balad Air Base, Iraq, the journey from Maxwell Air Base, Ala., was spent concerned about matters other than lack of traveling companions.

He relies on his deputies and senior noncommissioned officers for assessment of his troops.

Thoel laughs now about that deployment in 1997, which was also his first time outside the United States. For one thing, he recalled, he over-packed.

He also has learned to send items to himself through the mail. And to take the proper equipment. And to call ahead.

Last year, he deployed to the Middle East.

For Morris, the mission is nearly at an end. She&#8217;ll return to friends and familiarity.

But she can&#8217;t help but envy the airmen she has met, many Air National Guard members, who will have a major reception when they step en masse from the airplane.

A large number of airmen at her base deployed together from McConnell Air Force Base, Kan.