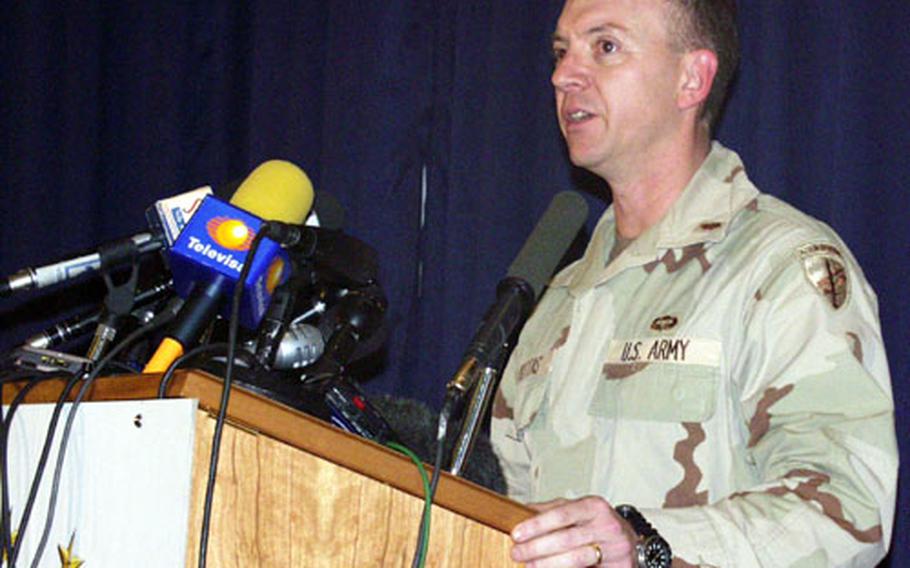 KUWAIT CITY &#8212; Teams of soldiers with specialized expertise continue to analyze archaeological and historical sites in Iraq in an attempt to prevent their destruction by coalition attacks, military officers said Saturday.

But there are no guarantees that important buildings such as temples and mosques and other significant sites in Iraq will not be damaged, especially with fighting on the streets of Baghdad now under way, said Army Lt. Col. John Kuttas, of the 352nd Civil Affairs Battalion.

&#8220;There is nothing more damaging than street fighting,&#8221; said Kuttas, who works with the coalition land forces on targeting decisions.

Commanders in the field, even after being notified of sites coalitions leaders would like to preserve, can override those wishes.

Coalition officials would not say if the war so far had caused damage to any important sites, either by U.S. and British forces or by the Iraqis.

The task to preserve such sites in the effort to topple Saddam Hussein&#8217;s government has become daunting because the Iraqi military has begun to use such buildings, including schools and hospitals, as barracks and storage depots for weapons, ammunition and military vehicles.

Coalition forces also are worried about looting by Iraqis and deliberate destruction by the Iraqi military of sites the coalition is trying to save.

Varhola saw the Iraqi tactics during the Gulf War in 1991, when he was a first lieutenant commanding a combat unit. The U.S. military knew where several Iraqi jet fighters were hidden, he recalled, but leaders opted not to attack the area because the aircraft were stashed in a region of historic significance.

Eventually Iraqi troops moved out of the area and the U.S. military towed the planes away and destroyed them, Varhola said.

That is similar to efforts in the war in Afghanistan, he said, where attacks would be halted if enemy troops and equipment were in a historically important area.

The coalition uses a multi- prong approach before deciding to pursue a target near an archaeologically important area.

&#8220;We do everything humanly possible&#8221; to avoid unnecessary damage, Kuttas said.

The targets are repeatedly reviewed for accuracy, and the amount and type of munitions to be used are carefully evaluated, he said.

And the targets must be positively identified before they are fired upon.

The activated reservists were culled from lists of people who have expertise that could be used in Iraq, Kuttas said. For example, the Army has little daily need for a cultural and historical anthropologist like Varhola.

The teams also seek help from other experts outside the military. Varhola is consulting with professors at the University of Chicago, Catholic University and George Washington University.