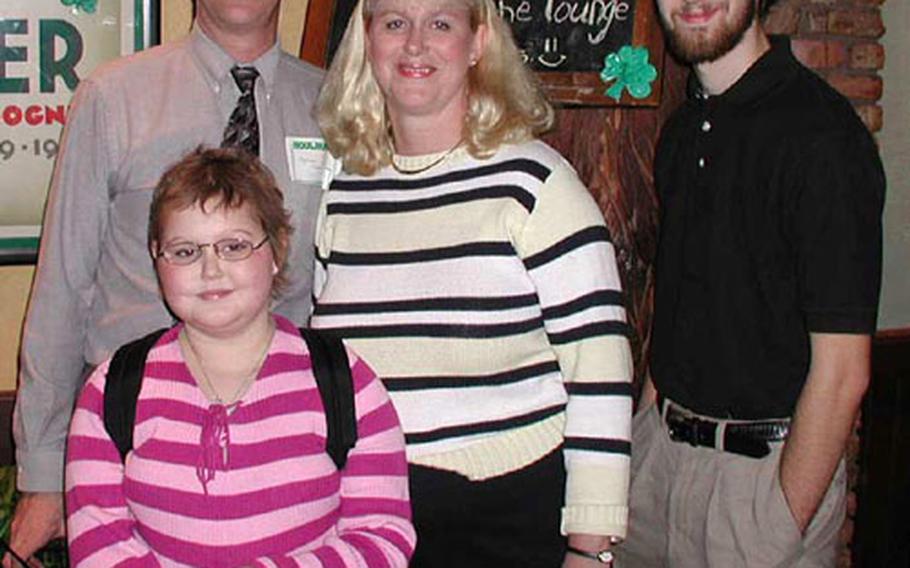 Casey Foote with her family. From left to right: Nathan (father), Casey, Peggy (mother), and A.J. Foote (brother). Casey is suffering from brain and bone cancer and her family needs to raise $16,000 for her to receive treatment. (Courtesy of the Casey family)

Casey Foote with her family. From left to right: Nathan (father), Casey, Peggy (mother), and A.J. Foote (brother). Casey is suffering from brain and bone cancer and her family needs to raise $16,000 for her to receive treatment. (Courtesy of the Casey family) 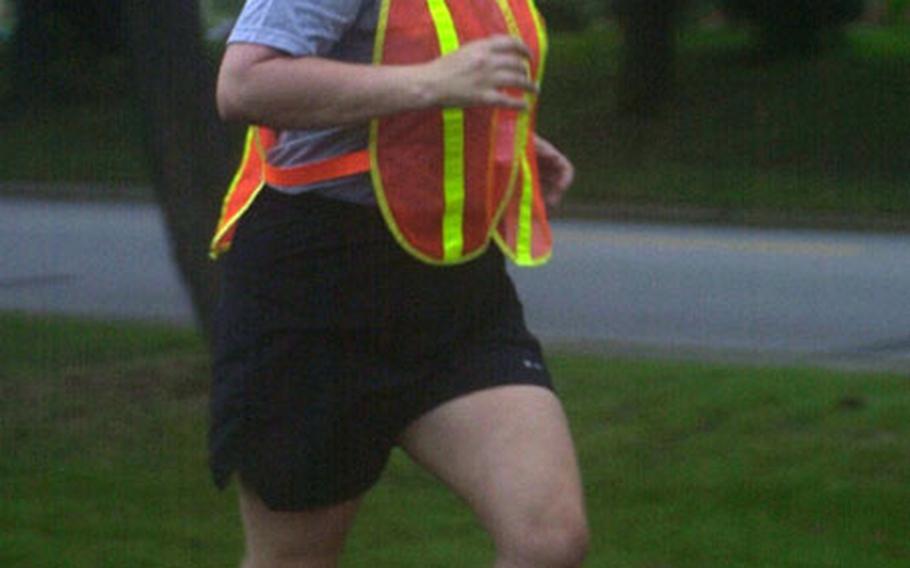 Maj. Kelly Grumelot takes her early morning run at Camp Walker. Grumelot, the cofounder of a charity foundation called Strides for Casey, is training for the Chicago Marathon. (Courtesy of 8th Army)

YONGSAN GARRISON, South Korea &#8212; An Army reservist, deployed here for simulated war games, is not forgetting an entirely different battle back in the United States.

Army Maj. Kelly Grumelot, a Reserve military police officer with a stateside component of the 8th U.S. Army, is in South Korea with her unit, participating in a communications exercise called Ulchi Focus Lens. But part of her attention is focused back home on Michigan, where a 12-year-old girl named Casey Lin Foote battles brain and bone cancer.

After chemotherapy, three major brain surgeries and surgery to remove a tumor from her arm, Casey and her family are turning to last-chance experimental treatments. But because the family&#8217;s insurance does not cover the treatments, Grumelot and others stepped in to help.

Grumelot helped found &#8220;Strides for Casey,&#8221; a nonprofit fund-raising effort that pairs sponsors and road racers in various stateside events. This year, the group hoped to raise $16,000 in various marathons and shorter races across Michigan and other states. But as news of the effort spreads, they are hoping to raise more.

The effort sprang from Grumelot&#8217;s own physical troubles &#8212; in 1988, she suffered a severe back injury, leaving her unable to walk for a time. Last year was the first time she felt comfortable running, and she hopes to punctuate the Strides for Casey fund raising by racing in the Chicago Marathon this October.

Grumelot continues to train for the marathon while in South Korea.

Ulchi Focus Lens is a combined command post exercise involving more than 14,000 U.S. troops at posts throughout South Korea. The 8th Army CONUS Reserve unit, based out of Indiana with detachments in Ohio and Michigan, deploys to Korea twice a year for exercises, officials said.

This year, Grumelot has enlisted the support of the 8th Army soldiers and commanders in her efforts to help Casey Foote.

&#8220;Eighth Army has a lot of interest in supporting this run to help raise money for a little girl in Michigan who is suffering from cancer and help raise money for her parents to pay for the treatments she is undergoing,&#8221; Col. William Ivey, 8th Army&#8217;s chief of staff, said in an statement.

Ivey said 8th Army is starting to plan a way to help, but he encouraged individual soldiers to lend their support.

&#8220;It is great opportunity for Eighth Army to get involved in a community activity and to allow the active component piece of 8th Army here in Korea to reach back to the U.S. community through the 8th Army CONUS piece.&#8221;