Soldiers train in rain and mud at Hohenfels 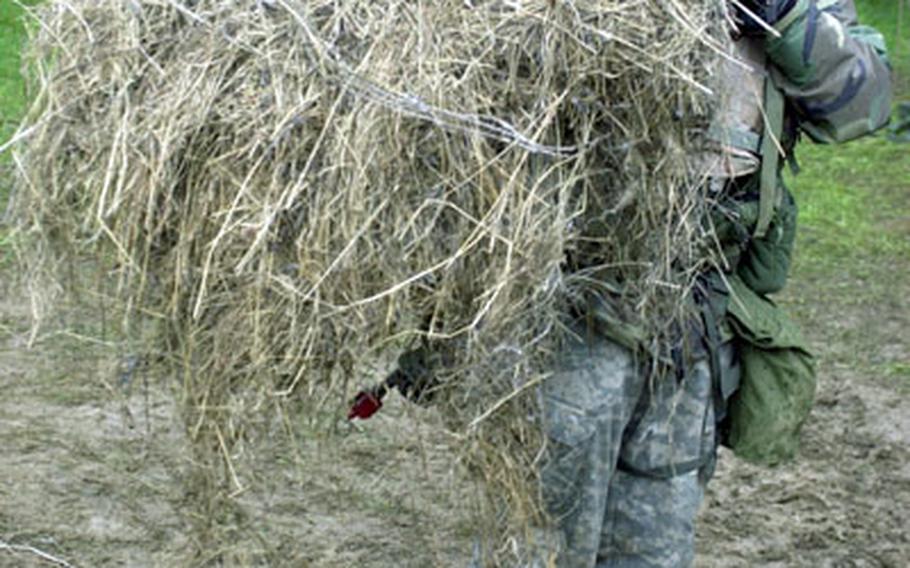 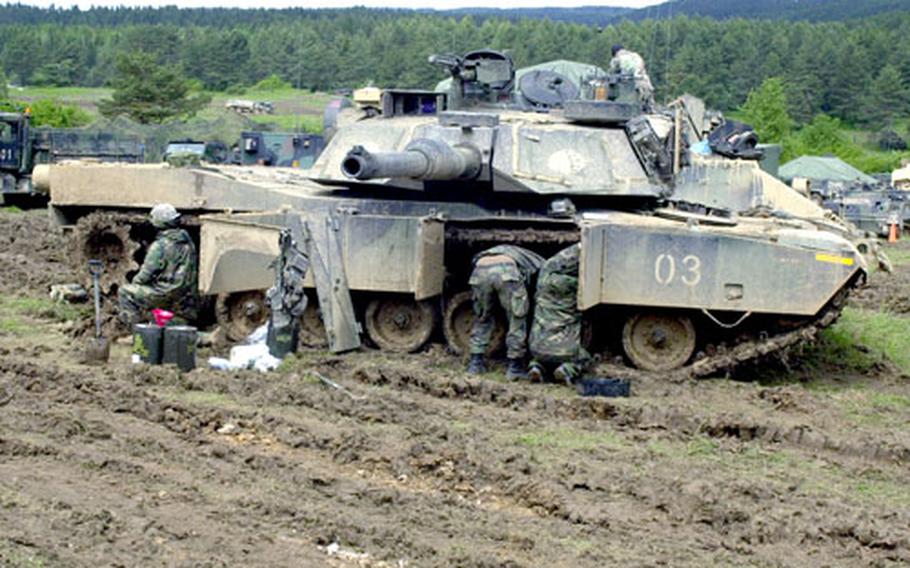 Soldiers work on an Abrams tank in the mud at the Unit Maintenance Collection Point at Hohenfels, Germany. (Seth Robson / S&S) 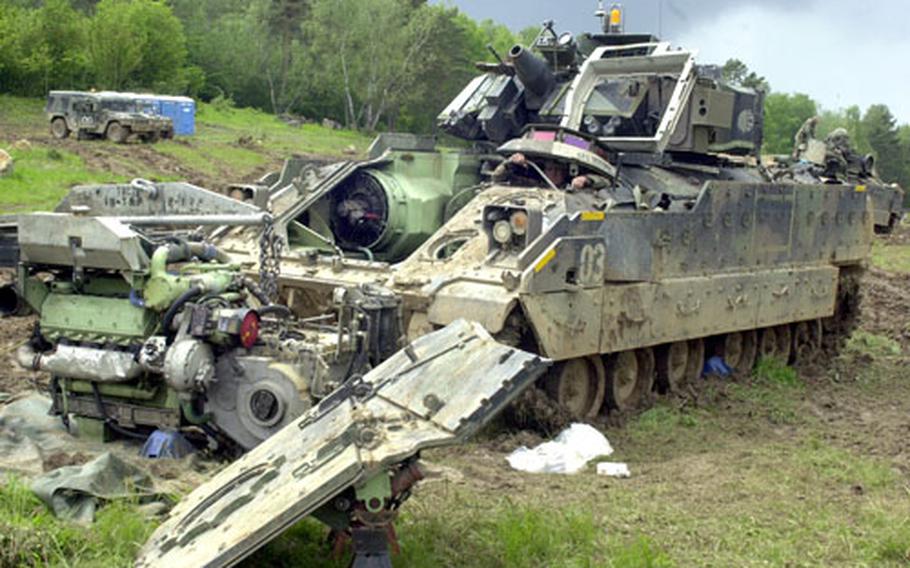 Spc. Matthew Bertron, 24, of the 1st Squadron, 1st Cavalry Regiment works on his disabled Bradley fighting vehicle from the inside during the Iron Storm exercise. (Seth Robson / S&S)

HOHENFELS, Germany &#8212; Rain combined with vehicle movement during the Iron Storm exercise this week turned a vast expanse of the training area here into a quagmire of mud resembling a World War I battlefield.

One of the muddiest places at Hohenfels on Wednesday was 1st Squadron, 1st Cavalry Regiment&#8217;s unit maintenance collection point.

The area &#8212; about the size of four football fields &#8212; was where vehicles damaged during the exercise &#8212; involving about 1,000 1st Armored Division soldiers &#8212; were towed for repairs. Soldiers working there wore high rubber boots to keep out the mud when they sank up to their knees while walking around the broken-down machines.

But it was impossible to keep their uniforms clean as they worked on Bradley fighting vehicles, Abrams tanks and various wheeled vehicles in pouring rain. The mud ranged in consistency from thick globs that could be picked up and molded like clay to soupy brown sludge that pooled at the bottom of slopes.

Bertron said he enjoyed driving in the mud but not falling over in it. And he did not think much of sitting at the collection point with a broken vehicle. &#8220;It is boring here. I&#8217;d rather be back in the fight,&#8221; he said.

A 2,000-horsepower, eight-cylinder Bradley engine and transmission sat in front of Bertron&#8217;s vehicle, resting on a large mat to keep it out of the mud.

One of the 1-1 mechanics working at the collection point, Sgt. Christopher Colley, 29, of Suffolk, Va., said several soldiers had fallen over in the mud, especially when the area was attacked by the &#8220;opposition force&#8221; Wednesday morning.

Driving in such difficult conditions led to mechanical problems with 15 vehicles, he said. &#8220;Most of the vehicles here have engine or transmission problems or broken track. It is the strain from the terrain and what the soldiers are putting them through,&#8221; he said.

At another part of the training area another 1-1 Bradley driver &#8212; Pfc. Daniel Chavez, 28 of San Benito, Texas &#8212; was doing pushups, using a pair of chock blocks from his vehicle to keep out of the mud.

So far during Iron Storm, Chavez&#8217;s Troop B has done presence patrols and zone reconnaissance and occupied defensive positions to stop the &#8220;enemy&#8221; from entering Ubensdorf, a fake town at the range, he said.