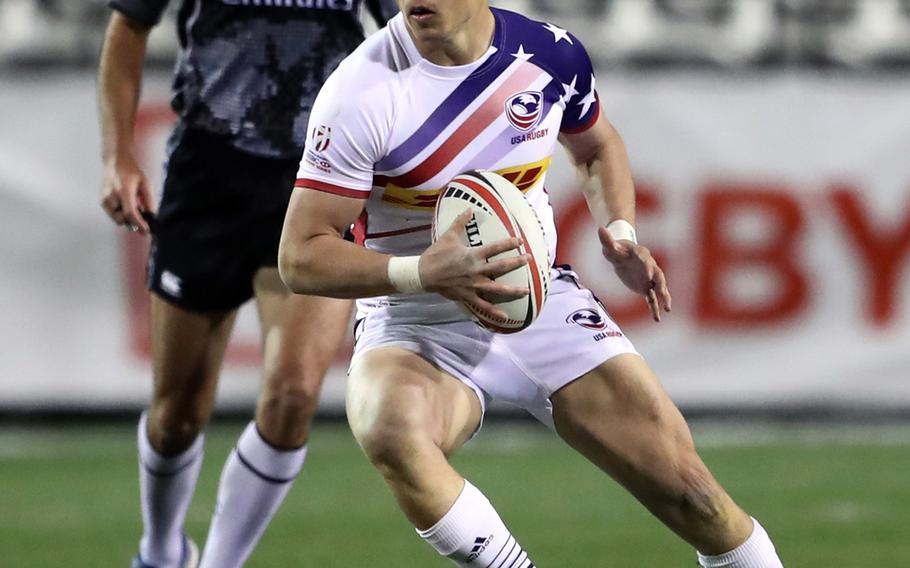 Three members of the Army’s World Class Athlete Program hope to take the field at the Rugby World Cup Sevens in San Francisco this summer.

“There’s a ton of support from the military. They provide me with a foundation to compete and train full time,” said Spc. Cody Melphy, 25, an engineer from Littleton, Colo. He played his first match with the Eagles, as the U.S. national team is known, in March.

The program provides active-duty, National Guard and reserve soldiers the opportunity to train and compete at national and international sports competitions with the ultimate goal of selection to the U.S. Olympic team and U.S. Paralympic team, while maintaining a professional military career and promoting the Army.

The San Diego-based Melphy plays halfback alongside two other soldiers.

“The World Class Athlete Program is great,” Melphy said. “They support our travel, food, housing and gear when we need it.”

The Eagles defeated Argentina to win their first World Rugby Sevens tournament on home soil at Las Vegas in March.

The tournament was the first taste of international rugby for the 200-pound, 5-foot-10-inch Melphy, who was recruited by the Army while playing for Life University’s national championship-winning team in 2016.

His next goal is to play in next month’s World Rugby Sevens tournaments in London and Paris. If he doesn’t make the squad, he said he’ll turn out for an All-Army rugby team in Alaska.

Melphy’s ultimate dream is to play in the 15-a-side Rugby World Cup in Japan next year. He also hopes to compete in the 2020 Olympics in Tokyo.

The 2016 Summer Games in Rio marked the return of rugby to the Olympics after a hiatus of 92 years; however, a U.S. team that included New England Patriot Nate Ebner, former Philadelphia Eagle Perry Baker and Carlin Isles — the fastest man in World Rugby — failed to advance from pool play.

Melphy hasn’t ruled out staying in the Army after hanging up his cleats.

“I’m pretty focused on my rugby, but I see a future with the military down the road,” he said.