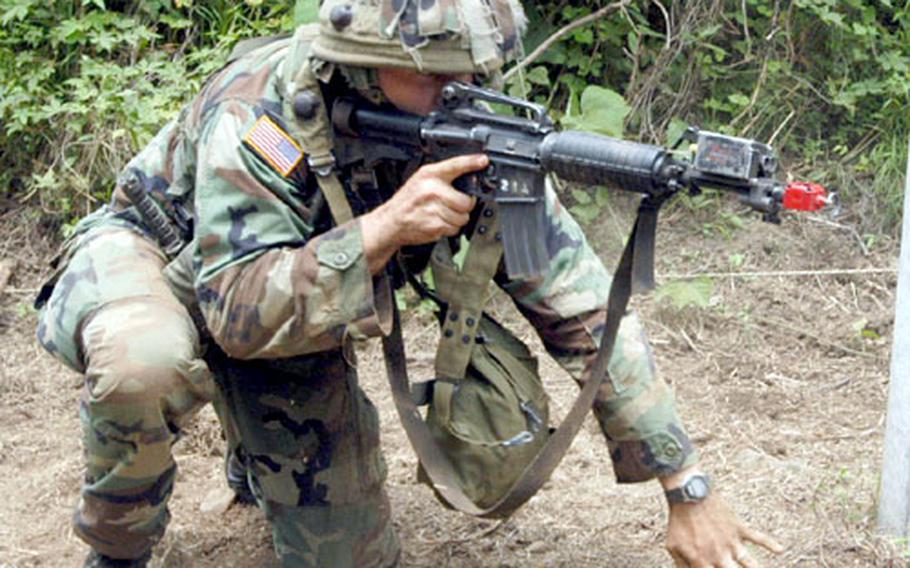 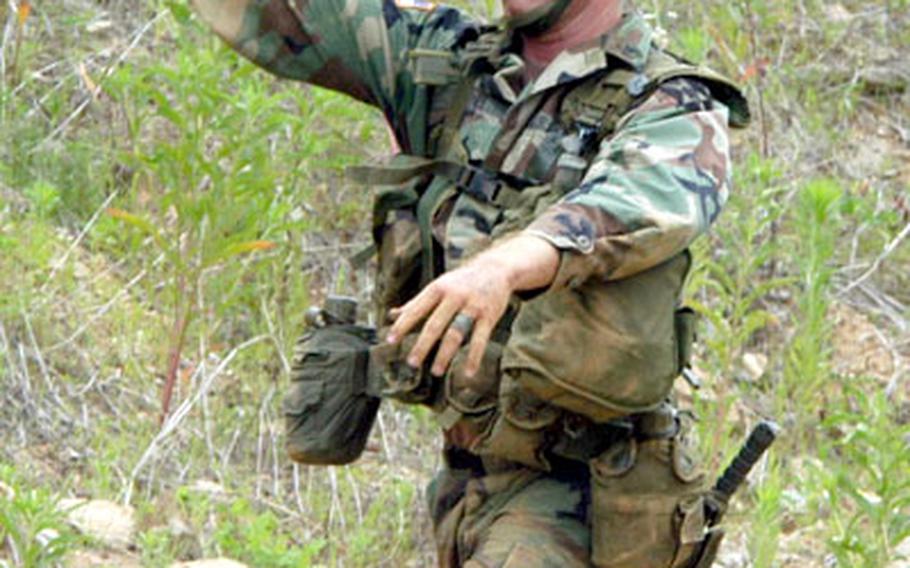 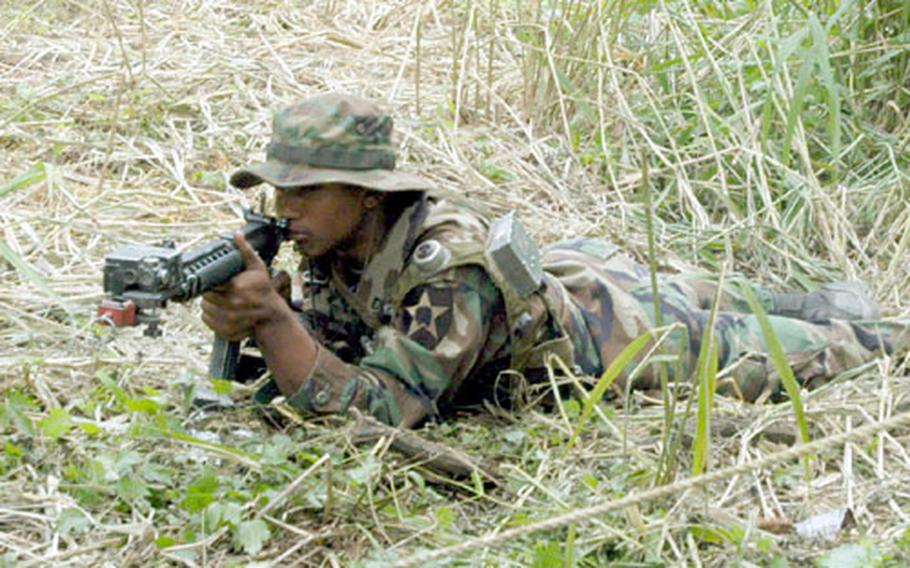 A member of the opposition force fires a training laser at a competitor in the individual movement techniques section of the Expert Infantry Badge assessment. (Seth Robson / S&S) 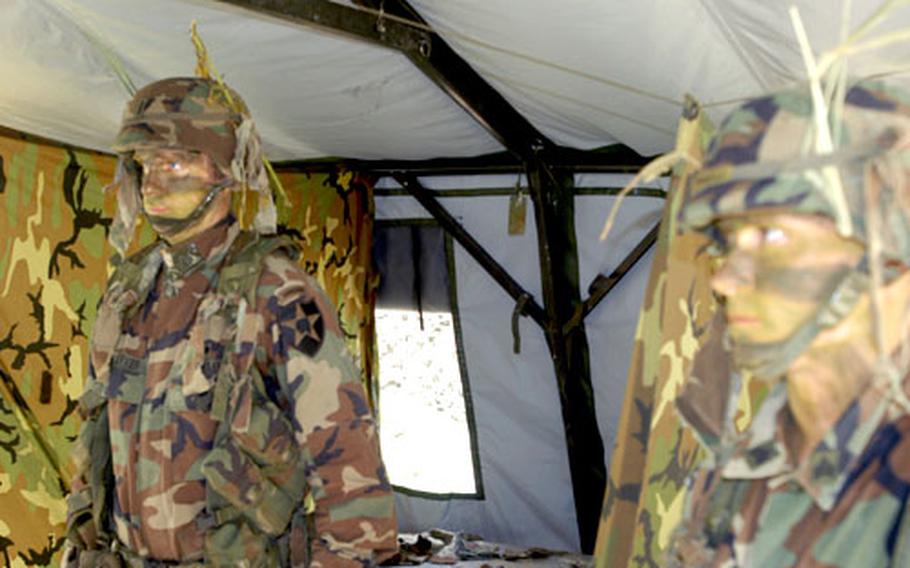 By the end of the day, 167 soldiers had earned the badge &#8212; far more than the usual success rate, said 1st Sgt. Kevin Perondi, one of the overseers. Armywide, he said, just 20 percent to 30 percent of those who take the test earn the distinction.

And earning the opportunity to test was even more difficult. Even to take Wednesday&#8217;s tests, soldiers had to complete a 12-mile road march in three hours and achieve at least 70 percent in each area of the Army&#8217;s physical fitness test, said Perondi, with Headquarters Headquarters Company, 2nd Battalion, 9th Infantry Regiment.

They also had to achieve an expert score of 36 of 40 shots in day and night weapons qualification and complete a day and night land navigation test using a compass and global positioning system, he said.

Only soldiers with the &#8220;11-series&#8221; military occupational specialty can compete for the badge. That includes infantrymen and mortar men &#8212; who also must score expert on their gunners&#8217; exam.

The soldiers completed five days of training on 34 tasks last week. This week, they had to accomplish each of the tasks in the correct sequence to qualify for the badge, Perondi said.

Usually, just one in five soldiers will pass, said Perondi, who took 12 years to get his EIB.

&#8220;The longer you stay in the Army, the harder it gets because you pick up shortcuts and bad habits,&#8221; the New Orleans native said.

First Lt. Keith Bell, 24, of Atlanta tried to pass the individual movements techniques portion Tuesday afternoon. As an assessor watched, he bounded between sandbags while another soldier shot at him with laser-training gear attached to an M-16 rifle.

It was to replicate moving under direct fire: &#8220;Low crawl, high crawl and three- to five-second rush trying to close with and destroy the enemy position without being killed themselves,&#8221; Perondi explained.

The testing is more a mental than physical challenge, Bell said.

First came the long throw of 35 yards at a man-shaped target. Candidates had to land the grenade inside an eight-yard circle surrounding the target &#8212; close enough to kill the enemy.

Then Haynes ran up to a sandbag bunker and dropped a grenade in a small opening. The last and hardest part involved lobbing a grenade about 45 feet into a small foxhole surrounded by rocks and debris that deflected seemingly accurate throws.