Soldiers talk the talk in competition 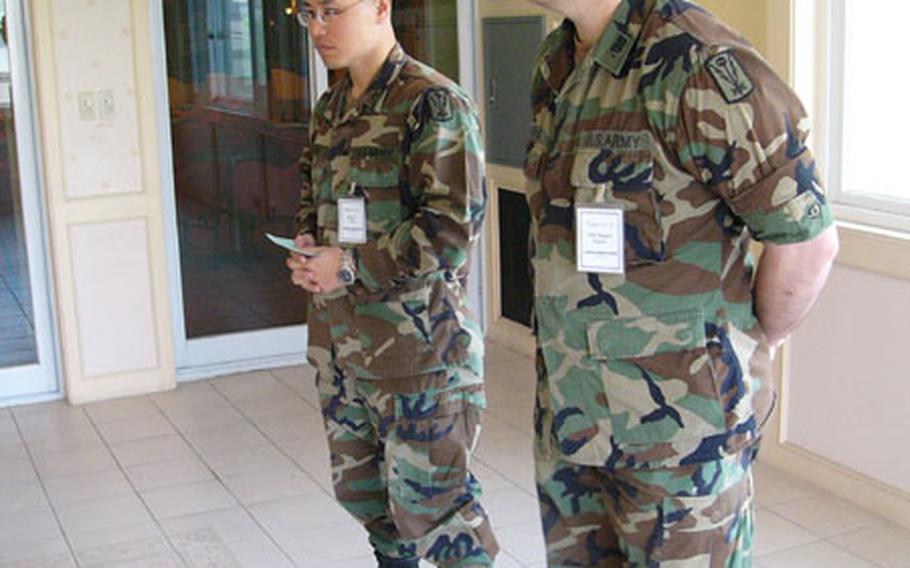 YONGSAN GARRISON, South Korea &#8212; A group of South Korea-based soldiers is celebrating a top showing in the military&#8217;s annual language competition, held each May at the Defense Language Institute in Monterey, Calif.

Four soldiers from the 524th Military Intelligence Battalion beat out 26 other military teams to win first place in the Korean language portion of the Worldwide Language Competition and took third place overall, behind teams from Fort Gordon, Ga., and the Defense Threat Reduction Agency in Germany.

The final event in each category, Rogers said, drew on the skills required of the military&#8217;s two language-dependent specialties: interrogator and voice intercept officer.

The Worldwide Language Competition started out with a slightly cooler name: the Worldwide Language Olympics. But, participants said, the International Olympic Organizing Committee stepped in and said the event had to drop the word &#8220;Olympics,&#8221; so the organizers complied.

And as part of the gathering, competitors were encouraged to visit the DLI and share some stories with current students, &#8220;mentoring and imparting some wisdom from the field,&#8221; Rogers said.

At their home station, much of the 524th&#8217;s time is spent working with soldiers assigned to the peninsula.