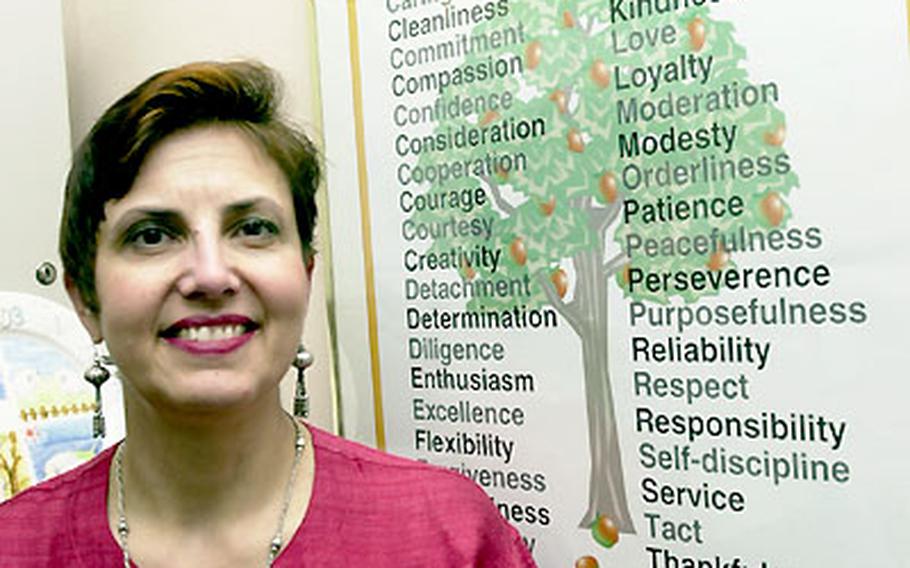 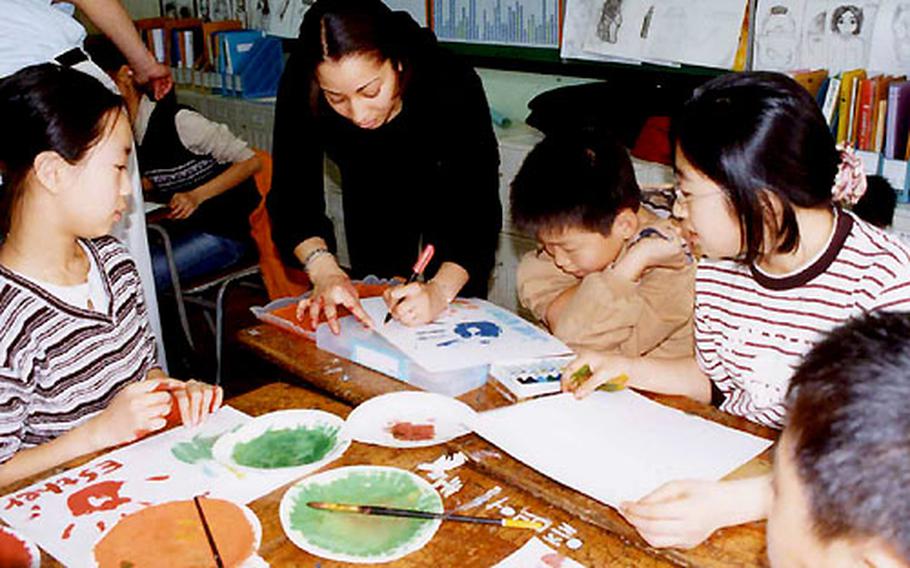 &#8220;This was an opportunity of a lifetime,&#8221; said Khan, who taught at the Daemo Elementary School in Kangnam on Saturday. &#8220;It was really a fascinating experience the first time we went out there.&#8221;

USO Director Elaine Losey started the project, hiring a professional educator from New Zealand to write the curriculum. There are 16 lesson plans based on eight virtues picked by the South Korean elementary school to teach in the classroom &#8212; enough for one semester.

The education program explores certain virtues. Those within this program include commitment, courage, courtesy and humility, and responsibility.

Many units interacted with elementary schools with English programs before, but they were often loosely structured. In this program, every soldier receives about three hours of training before entering the classroom. They can consult detailed lesson plans for an efficient classroom.

The classes have been held each Saturday at Itaewon, Namsan and Daemo elementary schools. Usually, two U.S. soldiers will teach with one KATUSA &#8212; a South Korean soldier assigned to a U.S. Army unit &#8212; translating, Losey said.

As opposed to other efforts teaching South Korean children, the same soldiers are scheduled to teach the same class every week, Losey said. Students, who range from 6 to 12 years old, benefit from the continuity, she said.

&#8220;I think those soldiers get acquainted with students very quickly, looking beyond race and skin color,&#8221; said Itaewon Elementary School Principal Cha Dok-bae. &#8220;The children love them. I think those classes have been going pretty well.&#8221;