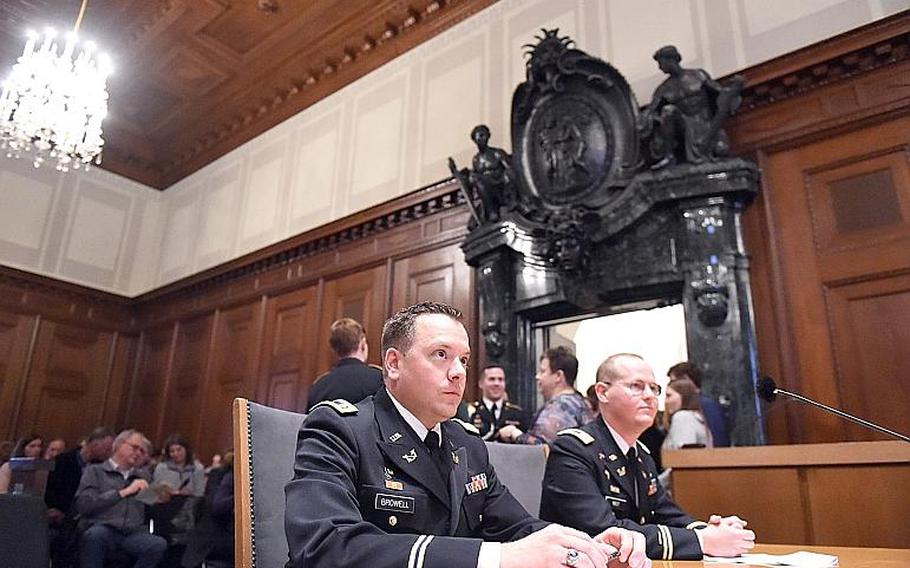 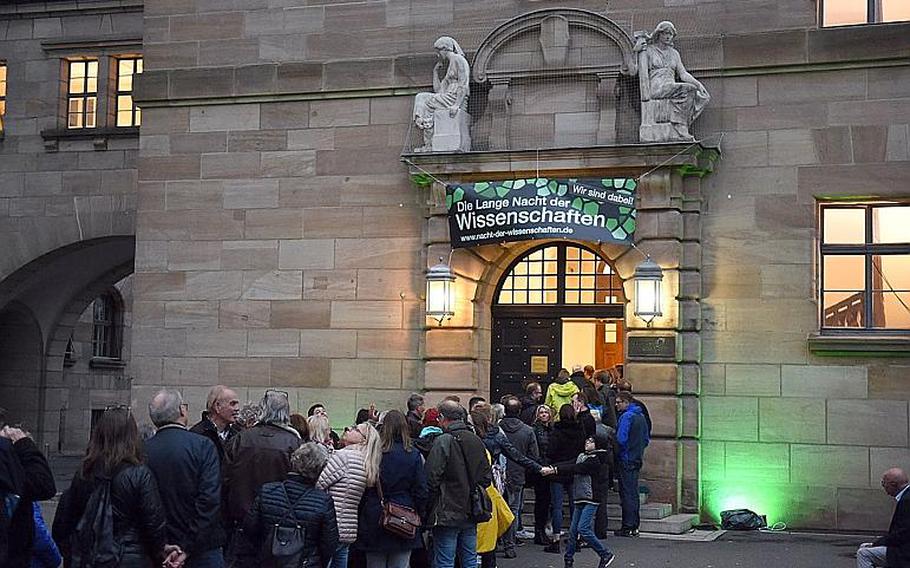 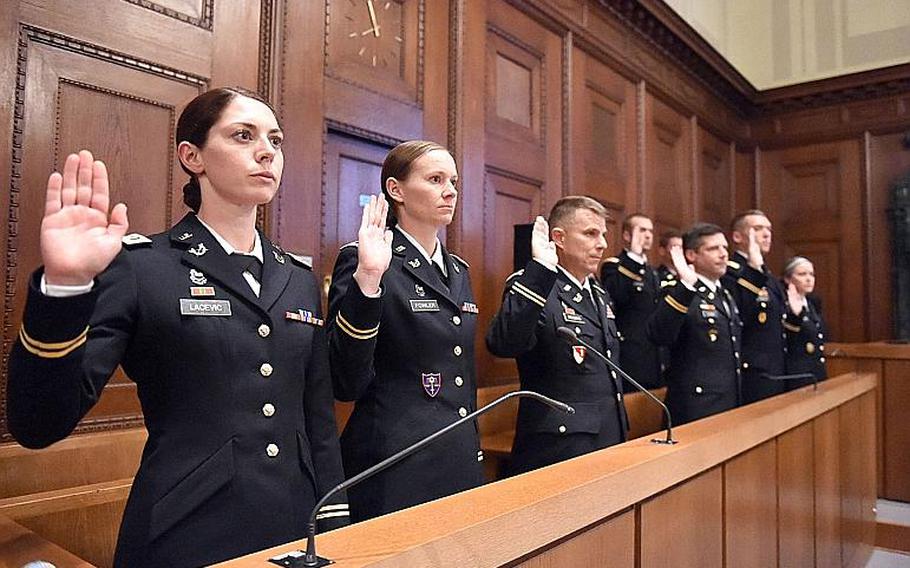 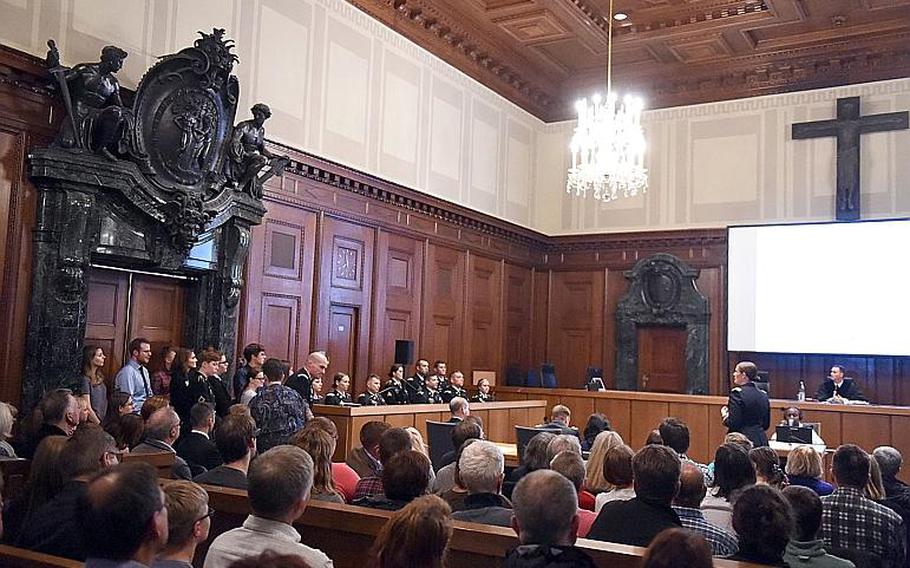 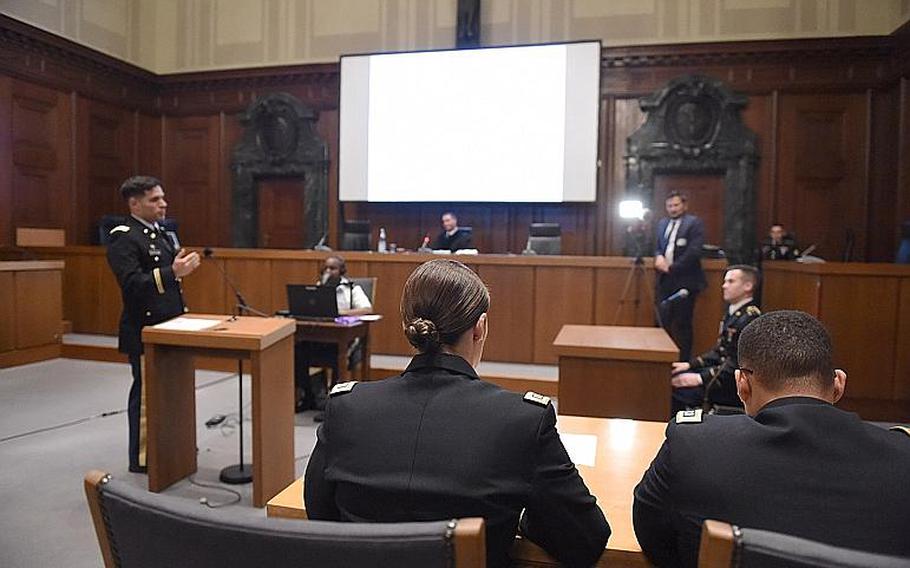 NUREMBERG, Germany – U.S. soldiers showcased differences between the German judicial system and their own military justice system during mock trials Saturday at the site of one of the most notorious trials in modern history.

Soldiers with the Army’s 7th Army Training Command, based about an hour northeast, hosted a mock trial in the famous Courtroom 600 to show locals what a U.S. military trial is like.

“It’s a good opportunity for the general public to know that there are different legal systems, and how the American legal system works, even here in Germany,” said German judge Friedrich Weitner, a spokesman for the higher regional court in Nuremberg.

The Bavarian city is known to many Americans for the Nazi war crime trials after World War II, collectively known as the Nuremberg Trials.

Courtroom 600, where many high-ranking members of the Third Reich were tried by U.S. and allied forces, holds a special significance for members of the military justice system, said Lt. Col. John Merriam, the staff judge advocate for the training command.

“For lawyers and soldiers, this is almost holy ground,” Merriam said.

At the beginning of the trials, the German judicial system held a trial for a civilian, then the U.S. Army held a military trial for a soldier accused of the same crime.

In the script, the accused supposedly stole a knife from a department store, then threatened an employee with the knife.

In both trials the accused was charged with stealing but not any further crimes.

During the German trial, the judge asked questions directly to the accused and the witnesses, with very little interaction from lawyers. The lawyers asked almost all the questions in the Army trial.

One of the biggest differences was the use of a jury in the U.S. trial.

“The use of a jury is very interesting [for the audience] because we, in Germany, don’t use one,” Weitner said.

Another difference is that witnesses swear to tell the truth in U.S. trials, and lying under oath can have legal consequences. This is not the case in a German trial, Weitner said.

“I can’t even imagine how strange it must seem to see our way of holding a trial,” Merriam said to the mostly German audience. “They seem so different from each other. But the purpose of both is the same: to find the truth.”

The trial was part of Nuremberg’s “Night of Long Science”, where many exhibits were open late all over the city.

Though law may not be considered a “hard” science like biology or robotics, the mock trials are included because people can learn so much from it, and the legal system “is definitely a science of its own,” Weitner said.