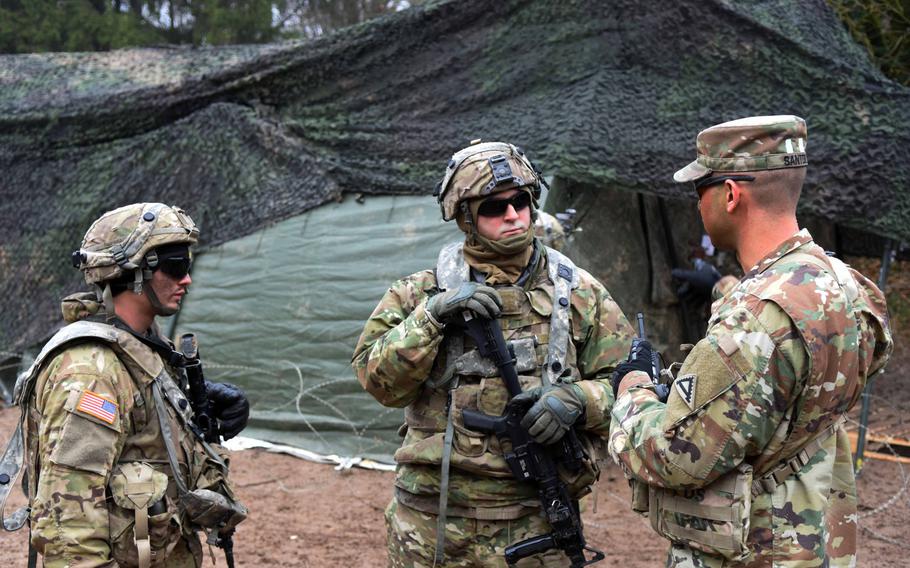 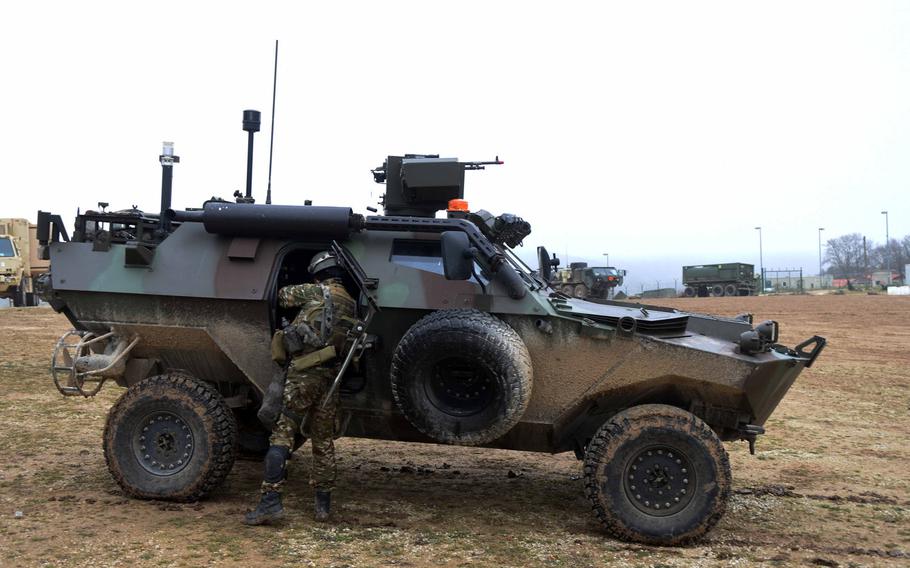 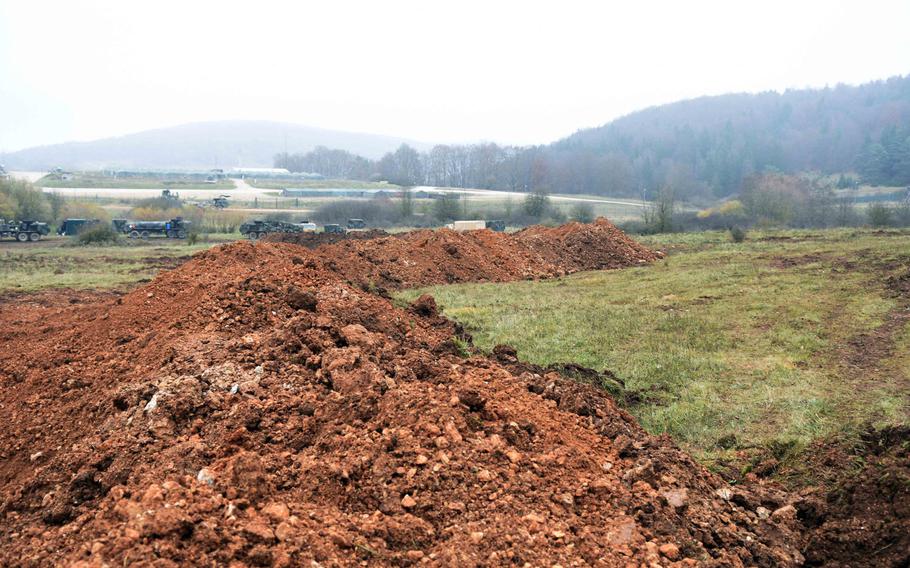 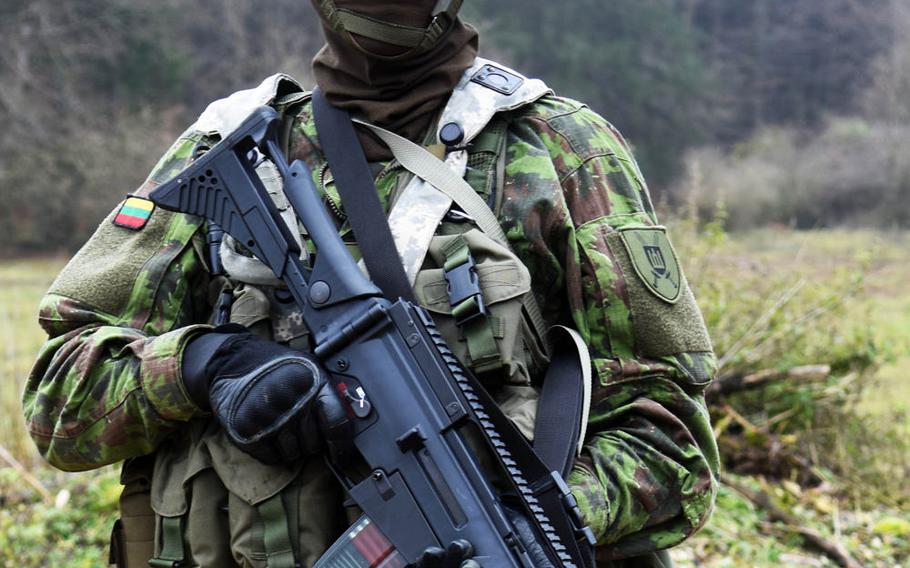 HOHENFELS, Germany — Over the past week, this eastern Germany training area transformed into an imaginary battleground where Lithuanian soldiers have led an effort to stave off a fictional enemy force.

The mock battle, part of Exercise Allied Spirit, began Nov. 11, and will continue until Saturday. It involves about 4,000 soldiers from 13 NATO allies and partner nations fighting a defensive battle in a hilly forest.

The mock scenario strains the soldiers almost to the point of collapse, he said.

“If soldiers go into training that they always win, then they don’t learn anything,” Dowgielewicz said. “It’s just at the threshold of failure that the real learning occurs.”

The defenders are a mix of European soldiers and Americans, including a Lithuanian command element, Italian artillery and Slovenian biological and chemical specialists.

Soldiers on the ground are facing a mock enemy played by American soldiers. The opposing force doesn’t let up at night or in the cold.

“The (opposition forces) are using everything out here,” Dowgielewicz said.

The threats include the usual enemy aircraft and armored vehicles, along with a hostile local population, skilled sniper fire and drones that scout out their locations.

“The (opposition forces) are really good at what they do,” Dowgielewicz said. “They make life hard for the soldiers going through the training.”

The hard fighting puts stress on logistics as well.

“A soldier on the ground with no food and a tank on the battlefield with no fuel — that’s the threshold of failure we never want to see,” Dowgielewicz said.

Army trainers monitor the situation to make sure it never comes to this point.

During a freak snowstorm that came on after a hard rain on the second day of mock battle, soldiers had to dig defensive positions while wet and extremely cold.

The observer coach trainers, recognizing the risk of hypothermia, dialed back the intensity of the fighting so the soldiers had a quick respite to dry their clothes.

With the tough fighting and ongoing logistical challenges, one might think the soldiers are having a terrible time, but that’s not the case, Dowgielewicz said.

“These soldiers didn’t join the Army to pick up trash on base and go to the (post exchange),” Dowgielewicz said. Tankers want to drive their tanks and shoot. Infantry want to attack the enemy. They joined the Army to be a soldier. And this is where they get to do it.”