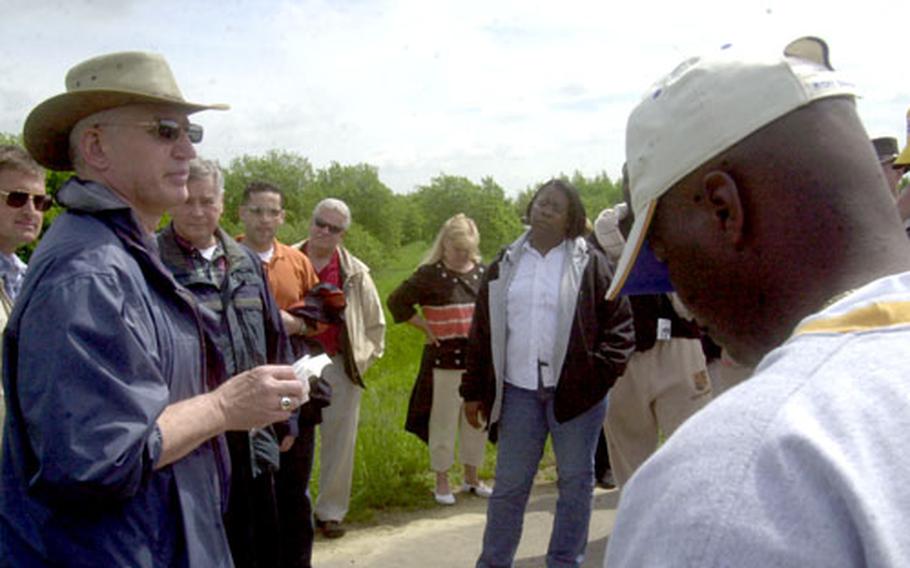 VERDUN, France &#8212; Along the battlefield where so many perished and scars from the fighting remain, soldiers from U.S. Army Garrison Kaiserslautern gathered for a day of spiritual refreshment.

The outing earlier this month gave the soldiers a chance to get away from the post and reflect on the spiritual aspects of their lives while touring a historical site.

Verdun, the World War I battleground that saw 300 days and nights of uninterrupted fighting, served as a solemn backdrop. From February 1916 to December 1916, more than a quarter-million people died or went missing, and almost a half-million were wounded during the trench warfare and artillery barrage that marked the battle. Some villages were shelled in oblivion.

Lt. Col. Doug Wootten, garrison staff chaplain, told the more than 30 soldiers and family members on the trip to be reminded of Psalm 46, which says that God is refuge and strength, an ever- present help in trouble.

Wootten challenged those on the spiritual fitness day to try to find God in everything, and told them that God will be there whenever needed.

Following their visit of the memorial, the garrison soldiers and family members saw the inside of Fort Douaumont, a major fort in the Verdun area. Before descending into the damp and chilly subterranean stronghold, Wootten led the group in a spiritual reflection and had them consider what it was like for those inside the fort during the fighting.

&#8220;I really believe that some of the folks hung on, and they hung on because they believed that God was with them,&#8221; he said.