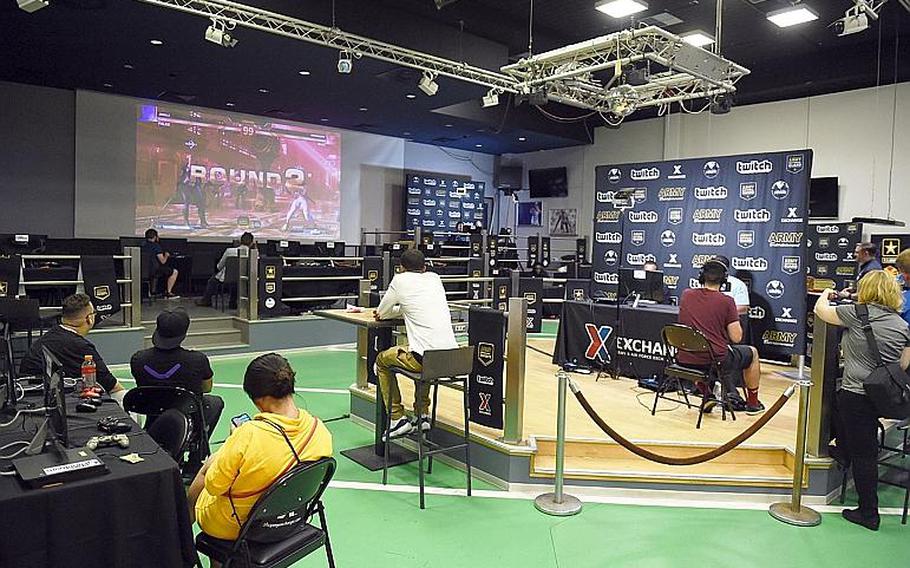 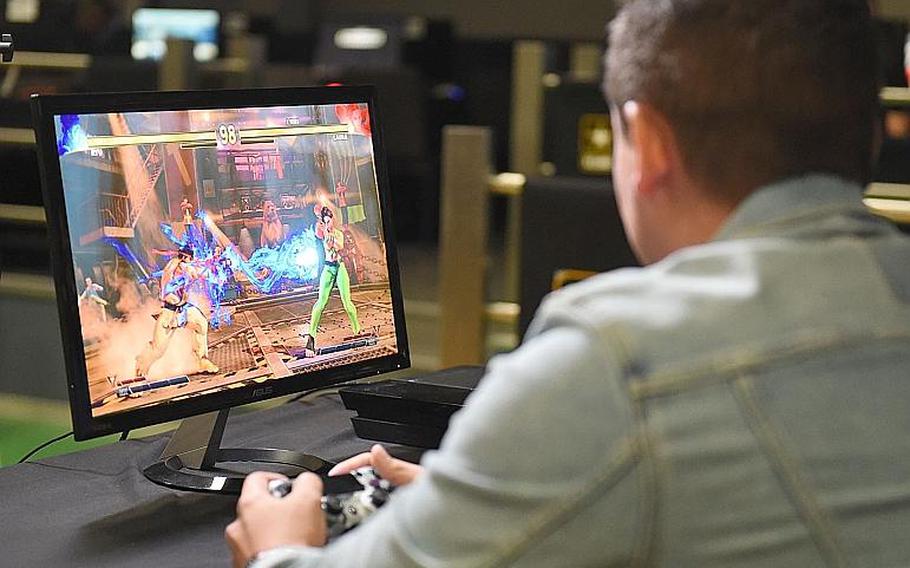 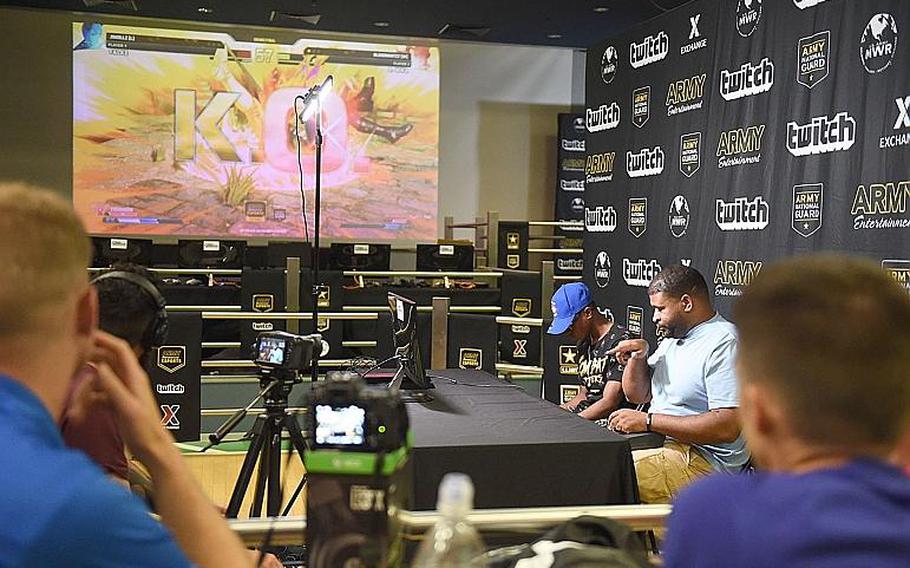 Buy Photo
Gamers Bloodngutz7, left, and JSH3LLZ, battle it out in the last round of the Street Fighter V tournament at Vilseck, Germany, Saturday, Aug. 17, 2019. (Martin Egnash/Stars and Stripes ) 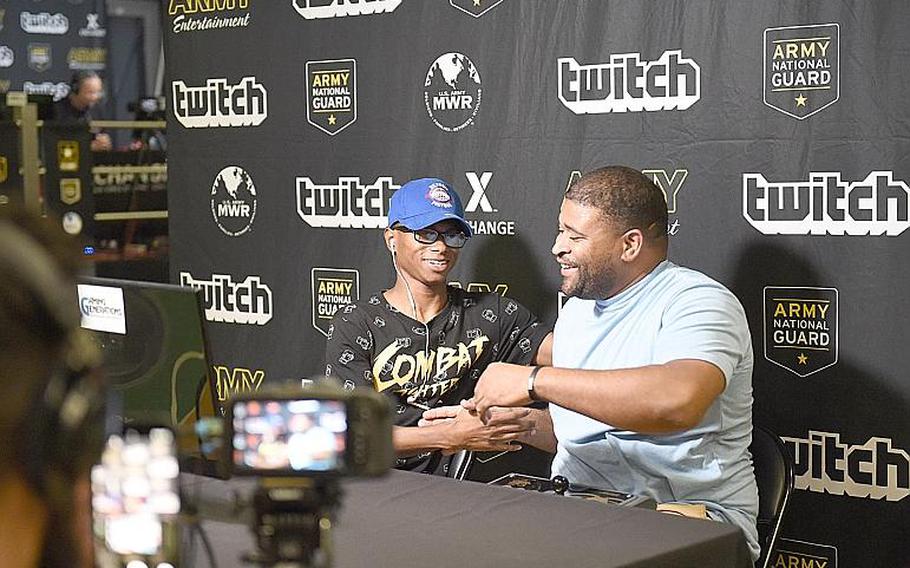 VILSECK, Germany – The epic cry of “Hadouken!” could be heard across the loudspeakers Saturday as a blue fireball launched across the big screen into an almost defeated Chun-Li to the roaring applause of dozens of soldiers competing in a Street Fighter V tournament.

The tournament, taking place at 12 Army and National Guard locations, allows soldiers to compete in an esports arena atmosphere, and play as their favorite Street Fighter characters in an attempt to win a free trip to San Diego to compete in the worldwide tournament at Twitchcon.

Put on by the Army’s Morale, Welfare and Recreation program, the event is part of a larger Army movement to embrace electronic sports for morale building.

“The Army is at the forefront of [esports],” said Refugio Orozco, the MWR sponsorship coordinator. “We’re not sitting back on the sidelines, getting in on it late.”

This is the second year the Army has partnered with Twitch, but this year the Army tournament has significantly expanded to include a pro-level atmosphere and competition at four new locations.

The move to embrace esports is due to its popularity among soldiers, Orozco said.

The events are live streamed at twitch.tv and have received millions of views worldwide.

This gives competitors a chance to watch their comrades’ games around the world, as well as a way for their friends and family back home to be part of the experience.

The comment section of the live stream was filled with encouraging messages from some of the soldiers’ families, some located thousands of miles away from where the troops are stationed.

In addition to the 12 contest winners going to Twitchcon, there will be four “blind draws”, allowing two active-duty soldiers and two guardsmen who did not get the opportunity to compete to play at the tournament.

“We can’t make it to every location, so the blind draw gives a chance for those soldiers who we didn’t get to go see compete at the higher levels,” Orozco said. “We receive a lot of feedback from soldiers and it shows that esports is very relevant to them.”

Esports as been increasing in popularity worldwide in the past few years.

Just five years ago, when some major businesses and sports organizations would hear about esports, executives would scratch their heads and look on with blank stares, said Nathan Lindberg, the senior director of global sponsorships at Twitch.

“But recently, esports has taken the mantel of the hot thing in gaming,” Lindberg said. “We’re happy to have a partner like the U.S. Army, where so many individuals are passionate about it.”