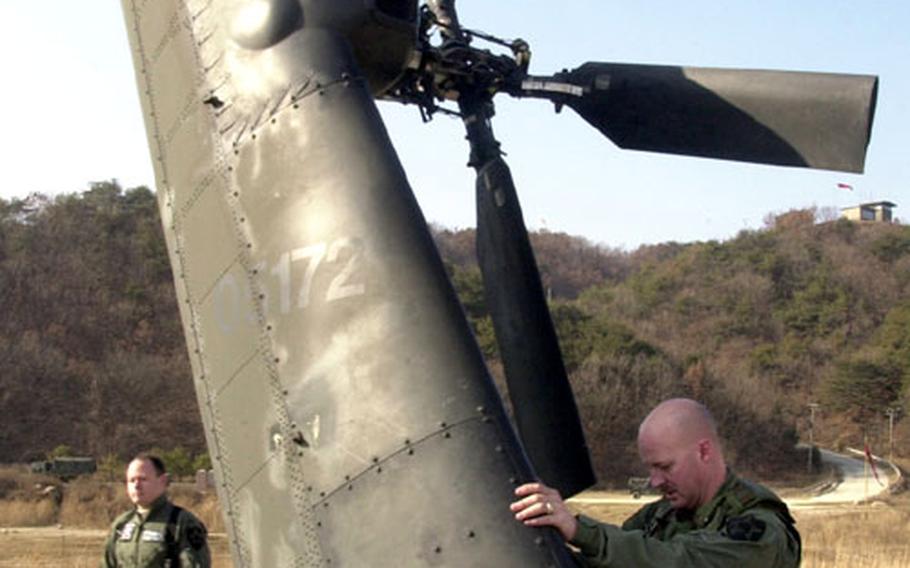 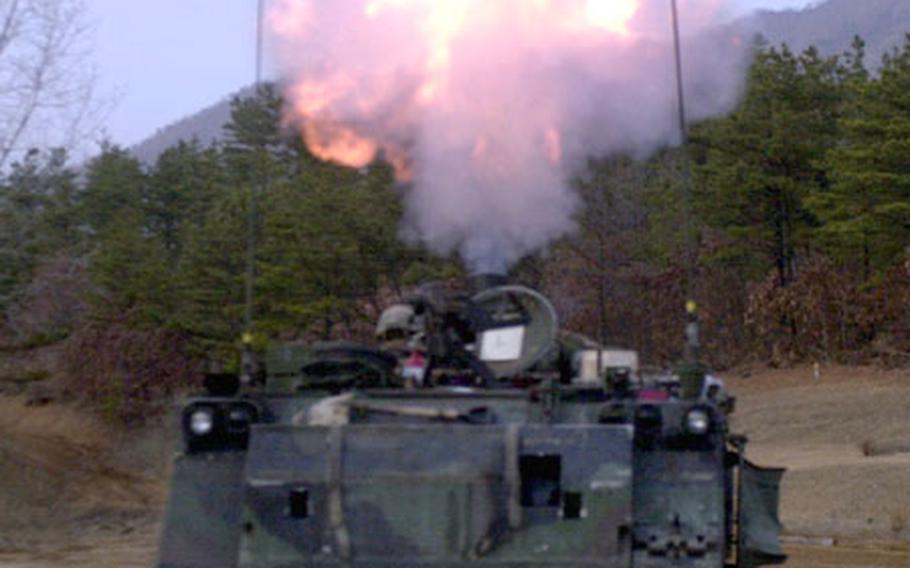 &#8220;All the work pays off when you get to see them put rounds down range,&#8221; said Apache crew chief Cpl. Anthony Carrier.

The ground and air elements spotted targets by radio and determined the best type of attack. In some cases, Bradley Fighting Vehicle crews pointed a laser at a target, which could be seen and fired upon with guns or practice rockets by the Apaches.

Meanwhile, Bradley mortar crews fired their high explosive rounds, weighing nearly 40 pounds each, from a couple of miles away.

Using the former XM-31 system, soldiers had to find their targets with an aiming circle and make corrections after the first firing blast.

The new system is digital. The aiming circle is no longer needed, and the onboard computer displays precise correction calculations on a lightweight display.

It took up to two minutes to fire during an immediate suppression mission with the old system, Schlottman said.

When trainers from Fort Benning, Ga., came to South Korea to demonstrate the system, they accomplished their missions in between nine and 13 seconds. Soldiers said that won&#8217;t happen every time and requires a lot of practice, but it is possible.

Soldiers took an 80-hour course with classroom and field components to learn the new system.

The time spent learning was well worth it, said soldiers firing the mortars from inside the Bradley vehicles. &#8220;This system brought us out of the Stone Age,&#8221; said smiling gunner Pfc. Chris Baker after firing dozens of 120 mm rounds on Thursday.