Soldiers say driving unarmored vehicles is dangerous, but so is disobeying an order 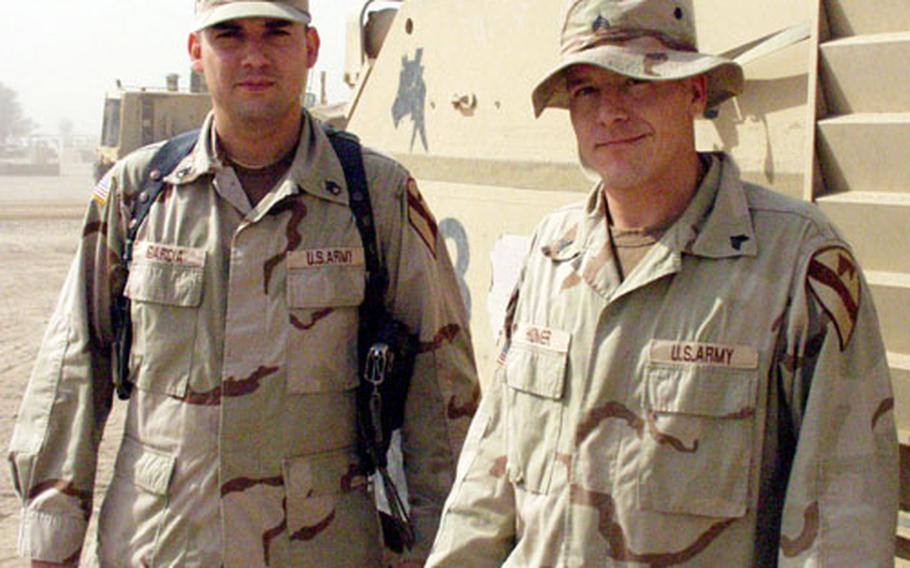 CAMP VICTORY, Iraq &#8212; Some soldiers serving in Iraq sympathize with the 343rd Quartermaster Company platoon soldiers who last week refused to disembark their fuel convoy from Tallil for Taji because they feared their vehicles were unsafe.

Wary of roadside bombs or snipers, the troops with the 343rd reportedly believed that driving their unarmored trucks, which they complained were riddled with mechanical problems, would have equaled a suicide mission.

Other troops on desert duty said they, too, distrust unarmored vehicles, and certainly wouldn&#8217;t want to drive one in need of repairs.

However, they were mixed on whether the platoon should have openly disobeyed an order to roll out.

Roby said those in power who decide not to pay for armored vehicles need to spend more time in the field.

Roby said his unit once had an armored truck to make supply runs, but lost it when a rocket slammed into it and bent the frame. Now they have only a soft truck.

&#8220;We firsthand understand what these guys are going through,&#8221; Roby said. He and his fellow soldiers want another armored truck, though he said that all of them swore to follow orders to obey, and always would.

Sgt. Shaun Johns, also of the 1/5, said no troops should be forced to drive long distances in faulty vehicles without armor, oath or not.

He said it shouldn&#8217;t take the rebellion of an entire platoon and national exposure to force the Army to buy armored vehicles that run well.

Garcia said the unit&#8217;s complaints did not surprise him, but their refusal of an order did.

But were things really unsafe and equipment faulty, Homer said that he, too, might refuse an order to roll.

James said that the only time a soldier can refuse an order is when that order is illegal, though he left the nuances of that to military lawyers.

On Friday, the Army announced it is investigating the incident that occurred two days before, and will weigh whether the 343rd soldiers disobeyed military law. U.S. newspapers have reported that the troops have been arrested, but the Army has denied this, saying that, so far, none of the soldiers in the platoon has been detained or disciplined.

The unit itself is inspecting the vehicles to determine whether they are, in fact, unsafe.