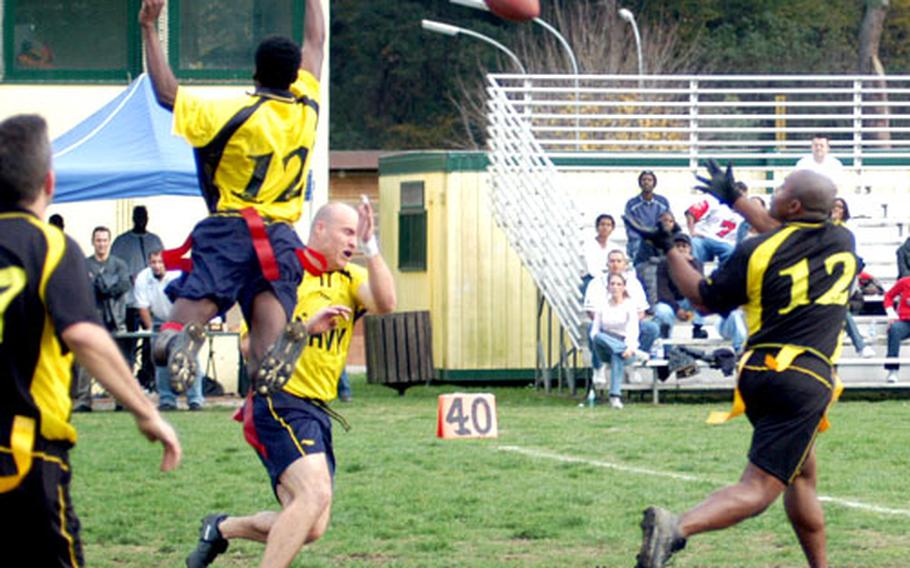 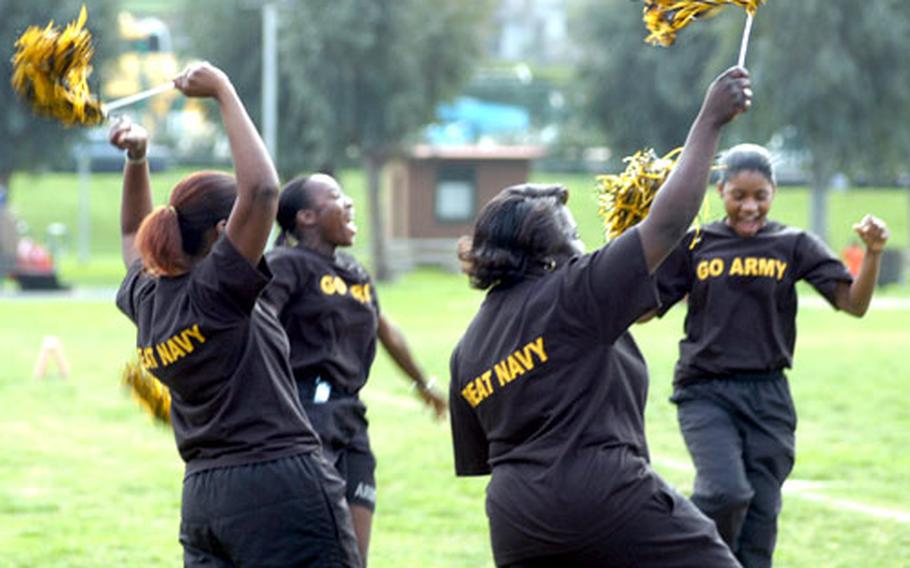 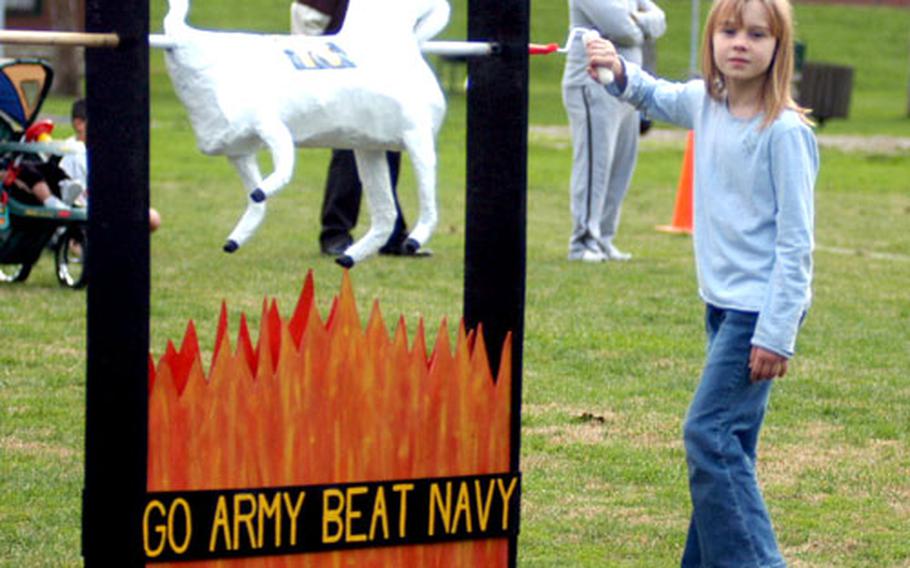 A young Army fan "roasts" the Navy goat along the sidelines during the Naples, Italy, Army-Navy flag football game. Navy did some roasting of its own, taking the game from Army 27-12. (Jason Chudy / S&S)

NAPLES, Italy &#8212; It may not be as old as its namesake, but Naples&#8217; Army-Navy flag football game has at least some of the tradition and all of the pride of the college version.

While the game is about tradition, it&#8217;s also about winning. Navy entered Sunday&#8217;s game having won the 2003 game, but Army won the previous two.

For Lt. Keith Galloway, a 1996 Naval Academy graduate, the desire to win was especially strong.

Lt. Col. Rob Cairns, Army&#8217;s lone playing U.S. Military Academy graduate, said that though the Army-Navy game tradition revolves around Cadets and Midshipmen, this game is about all soldiers and sailors.

Navy took an early 6-0 lead but Army tied the game just before the half.

Within minutes Navy jumped to a 14-6 lead on a touchdown and a safety. Despite the Navy lead, Army cheerleader Staff Sgt. LaTorcha Grant wasn&#8217;t discouraged.

But Hood said he was impressed with part of Army contingent&#8217;s performance.