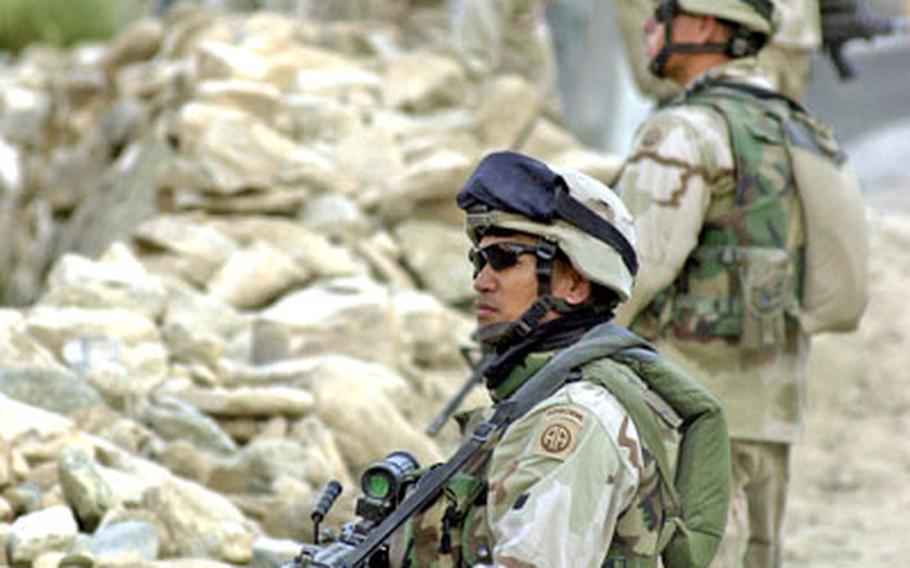 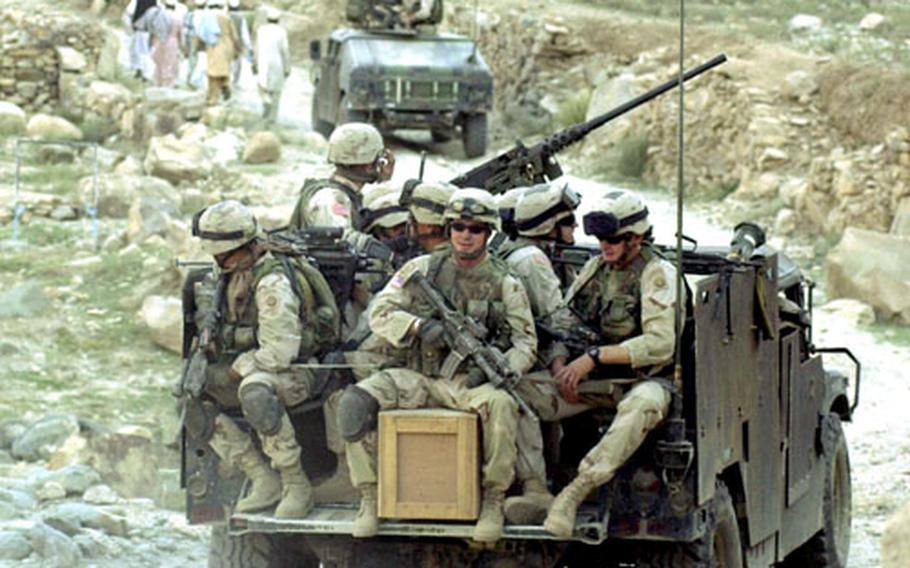 82nd Airborne Division soldiers from the Company B try to hold on as their Humvee driver negotiates a narrowing road only three kilometers from the Pakistan border. (Terry Boyd / S&S) 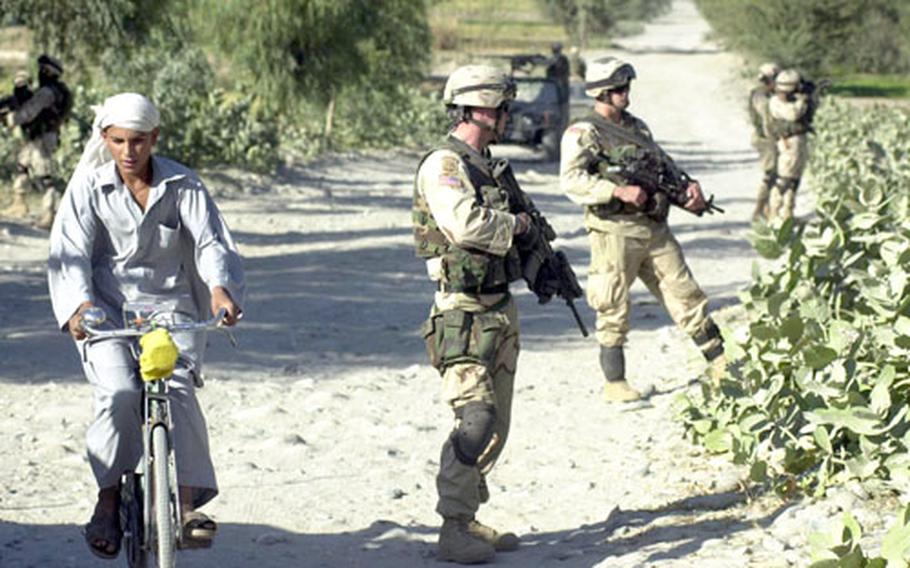 A local boy bicycling home from English lessons rides past 82nd soldiers securing a bridge near Asadabad Firebase. Locals greet the soldiers with everything from smiles and waves to hostile stares. However, even in this Taliban stronghold, there are few attacks against reconstruction teams. (Terry Boyd / S&S)

FIREBASE ASADABAD, Afghanistan &#8212; The 82nd Airborne Division has not made it into the history books by coasting through easy missions.

In the new anti-insurgency age, look for its rapidly deployable, light infantry units in the worst parts of bad neighborhoods anywhere from Fallujah to Asadabad.

A battalion-sized force of 1,100 paratroopers, mostly from the 1st Battalion, 505th Parachute Infantry Regiment is in Afghanistan to provide security for the historic national elections Oct. 9.

Between 18,000 and 20,000 U.S. soldiers and about 5,500 troops from other nations are in Afghanistan and will assist the United Nations to curb any violence surrounding the nation&#8217;s first presidential election.

In isolated eastern Afghanistan, 15 kilometers from the Pakistan border, the mission for the 1st-505th is far more complex and subtle than keeping the bad guys from stopping the elections.

Taliban forces are so close &#8220;they can commute to work,&#8221; said Jim Hunter, the State Department&#8217;s representative to the Provincial Reconstruction Team at Firebase Asadabad. Enemy fighters are just north of the base, as well as to the northwest in Nurestan province, according to officials at the PRT, one of 17 military/civilian teams overseeing reconstruction.

Feddeler&#8217;s soldiers will form &#8220;an outer ring&#8221; of security, he said. They have to stay close enough to discourage attacks or counter them, but far enough away from polling stations to make sure locals understand the Army is playing no direct role in the elections, which are under the auspices of the United Nations.

Until election day and for a few weeks after, Feddeler&#8217;s force of infantrymen, mortarmen, engineers and scout snipers will patrol some of the most dramatic terrain in Afghanistan, with lush Kunar River valleys meandering through mountains that peak at 10,000 feet. Humvees surf the potholes and ruts of one-lane gravel paths looking for roadside bombs as well as enticing insurgents into a fight or running off the ones with less heart.

Having toured both Iraq and Afghanistan in the past two years, 1-505 soldiers and officers have experience in both ongoing fights. Staff Sgt. Carl Webb, a truck commander in Company D, and at least three other 1-505 soldiers were at this very base, dubbed &#8220;A-bad,&#8221; in late 2002.

Violence in the area seems about the same as last time, with only two attacks during his first stay, Webb said. The firebase has had no attacks in the two weeks since the troops returned. A nearby village was hit with four rockets in September, according to news releases from U.S. headquarters in Kabul.

Though there are occasional firefights between insurgents and Afghan forces, most of the sounds of war are either A-bad howitzers firing harassing rounds onto the surrounding mountain ridges, or Green Berets teaching Afghan forces to fire recoilless rifles or other weapons.

On the cusp of the elections, Afghanistan is much quieter than Iraq, said 82nd soldiers and officers.