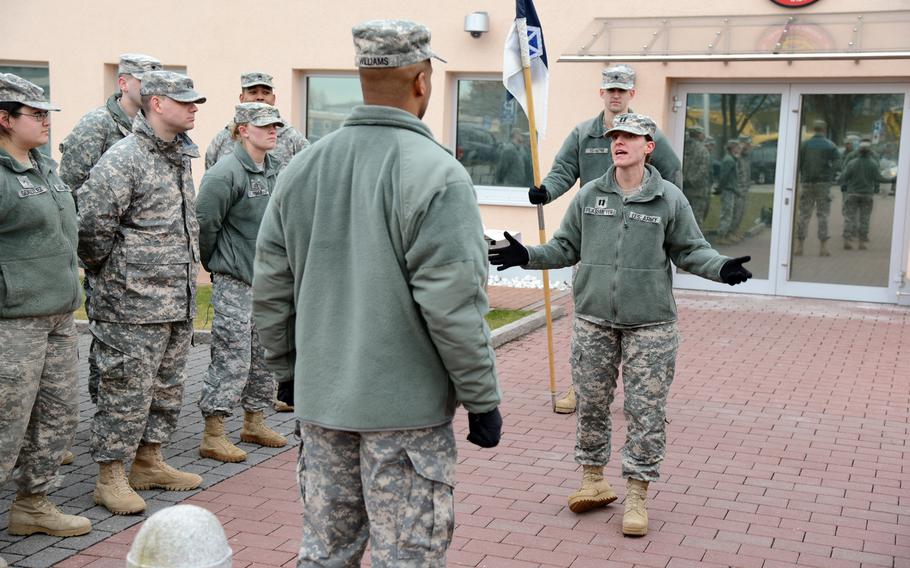 A captain gives a briefing on pet safety to the Army boxing team from Wiesbaden, Clay Kaserne, in 2013. (Dee Crawford/U.S. Army)

A captain gives a briefing on pet safety to the Army boxing team from Wiesbaden, Clay Kaserne, in 2013. (Dee Crawford/U.S. Army) 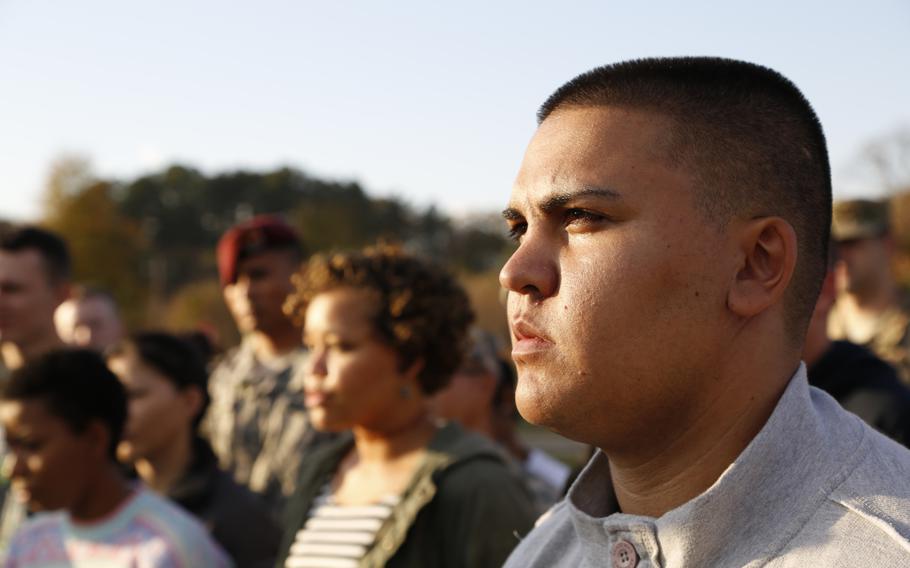 Don’t shoot anyone on post, don’t sleep with your squad mate’s spouse, don’t snort unknown substances and don’t live in your car while collecting rent money from the Army.

The warnings given to soldiers at weekend and holiday safety briefings in recent decades are the stuff of Army lore. As those mandatory briefings become optional or end entirely – the Army has eliminated several administrative requirements recently in a streamlining measure – a few soldiers shared their memories of unusual briefings with Stars and Stripes.

Situational briefings remain at a commander’s discretion and soldiers said they can be useful when there’s a critical issue at hand or when a topic is discussed with depth and insight.

But much of what they’d heard over the years could be best summed up as “illegal things are illegal.”

Sgt. 1st Class Nancy Lugo, noncommissioned officer in charge of the 10th Support Group public affairs office in Okinawa, Japan, recalled a briefing after she graduated from basic training. The commander talked for 45 minutes, delivering warning after warning, while families stood by waiting.

“My brother spent the weekend making up things to be cautious of like drinking water slowly and looking where you walk so you don’t fall down,” she said.

While a few weekend safety brief topics may seem strange, they’re sometimes brought up due to a soldier’s inappropriate behavior.

“Do not forge government paperwork, especially police reports,” an Army supply sergeant told Stars and Stripes. “That’s what I did and got caught but first sergeant covered for me. I almost got a (non-judicial punishment).”

Other times, topics of concern manifest themselves during the weekend safety brief.

Sgt. Elizabeth Harris, with the 14th Public Affairs Detachment at Fort Carson, Colo., remembers when a soldier passed out during a weekend safety brief after the brigade command sergeant major pointed at him.

“He pointed to a new soldier that just joined our unit and said, “What about you? Are you OK? After the command sergeant major said that, the soldier fell over,” Harris said. “The soldier buckled his knees and hadn’t been drinking enough water in the high altitude of Colorado. After that a lot of soldiers didn’t want to get pointed out by CSM.”

Staff Sgt. David Souther, also stationed at Fort Carson, Colo., recalled a Christmas leave briefing in 2007 that was delayed for several hours because the briefers were at a party.

“The company commander and first sergeant didn’t come back from their party until (9:30 p.m.) and finally released us after a 20-minute speech,” Souther said.

Esper has released at least 13 memos since June that remove requirements for training and administrative tasks in a bid to get soldiers more focused on their primary tasks.