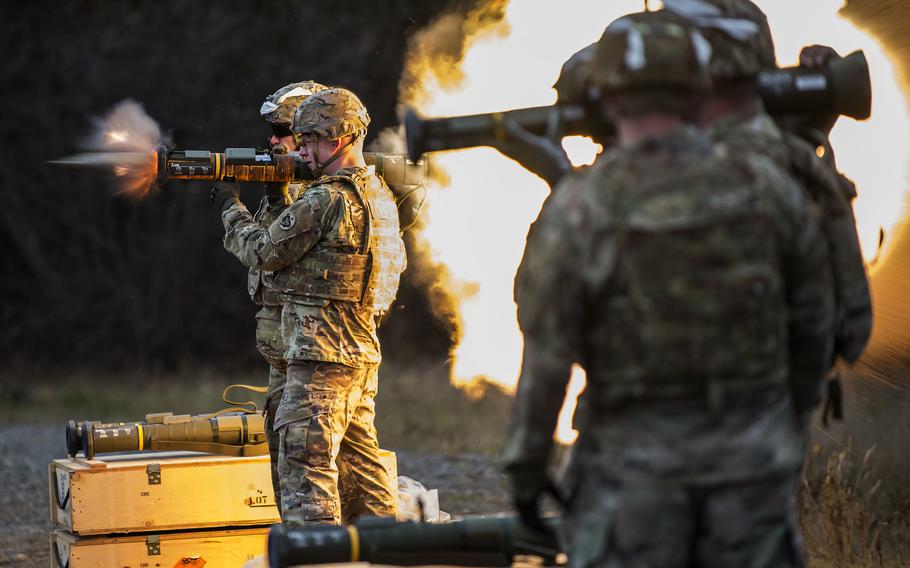 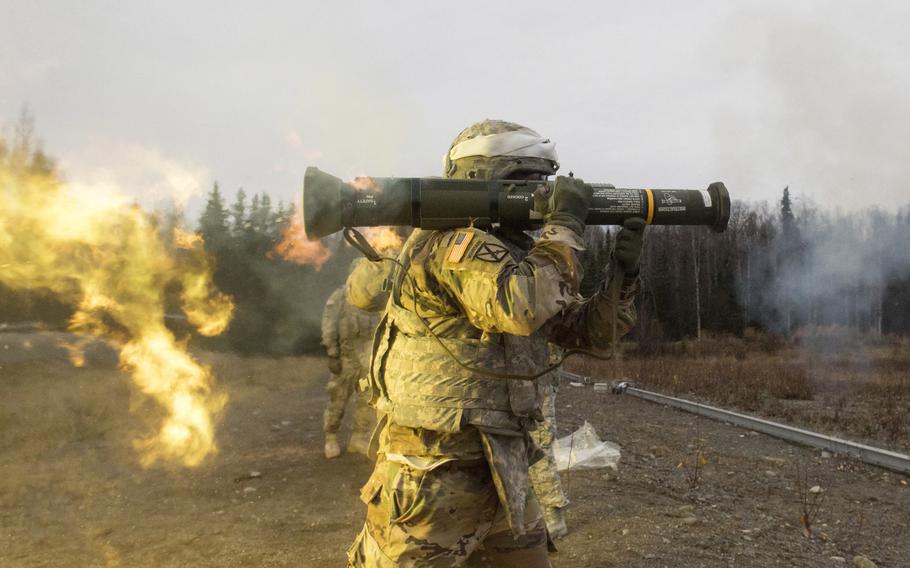 GRAFENWOEHR, Germany — The AT-4 may be a disposable, low-cost alternative to more robust anti-tank systems, but it’s a crowd favorite. Weighing in at less than 15 pounds, the light single-shot weapon is a very popular piece of Army equipment.

The AT-4, built by Sweden’s Saab Bofors Dynamics, was introduced into the United States’ arsenal in 1983, and has since been applauded by soldiers for its sheer simplicity, and the sensation they get from firing it.

“Firing the AT-4 is a rush to me,” said Spc. Elliot Cason, an infantryman with the Army’s 2nd Cavalry Regiment. “It’s louder than you think it will be, but it’s awesome when you hear and feel the ‘boom’ as the projectile explodes from the tube."

That “boom” from the 440-gram HEAT (High Explosive Anti-Tank) round zipping out of the lightweight, fiberglass tube at 950 feet-per-second has proven to be unforgettable.

“I remember my first time firing an AT-4,” Cason said. “I was conducting a company-level live fire ... I was excited, (and) it took me a few seconds longer to line up the sights than normal. And when I pressed the trigger, feeling it kick as it sailed to the target, and the rush of adrenaline as it hit its mark, was awesome.”

One of the reason so many soldiers enjoy firing the AT-4 is because of its ease of use. SAAB said on its website that the disposable weapon does not even require an expert gunner to operate it. “You simply aim, fire, destroy the target and discard the empty tube,” it said.

It can also be used against buildings or fortifications, or against exposed infantry.

However, this little tube of destruction is not without its drawbacks.

“Compared to many modern shoulder-launched weapons, the AT-4 is a relatively short-range, unguided weapon”, said senior policy researcher at the Rand Corp. John Gordon. “It is much less capable than the Army’s Javelin which can operate at much longer ranges. However, it is much cheaper and still a relatively versatile weapon.”

The AT-4 also lacks of the kind of stopping power that heavier, anti-armor systems have. Still, most soldiers like it anyway.

“I like that it gives me a sense of security, knowing that we have the capability to take on more than just dismounted troops, however, it does not give us the ability to take on all armored vehicles,” said Cason. “Regardless, I think it’s an excellent weapon to have in the army. It’s very versatile, and it adds to what a well-trained infantry squad can accomplish”.