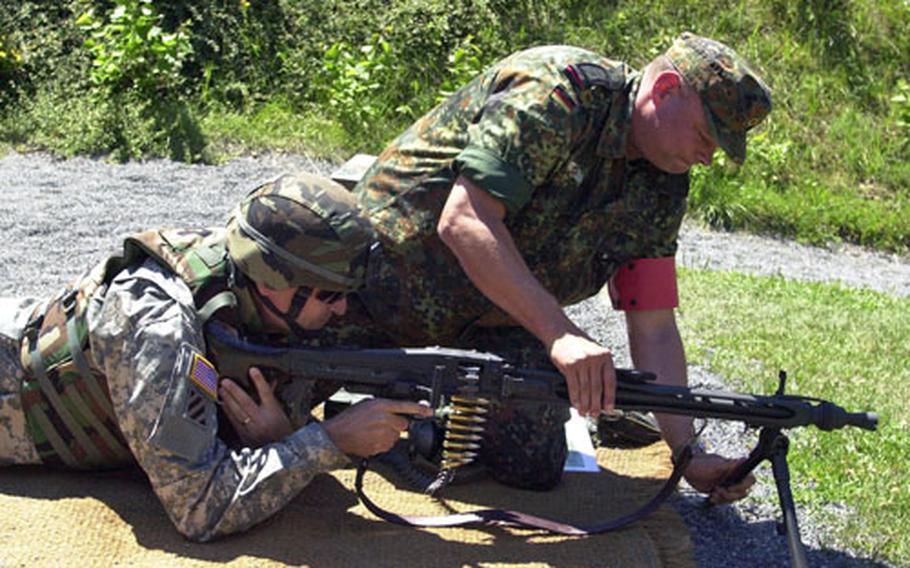 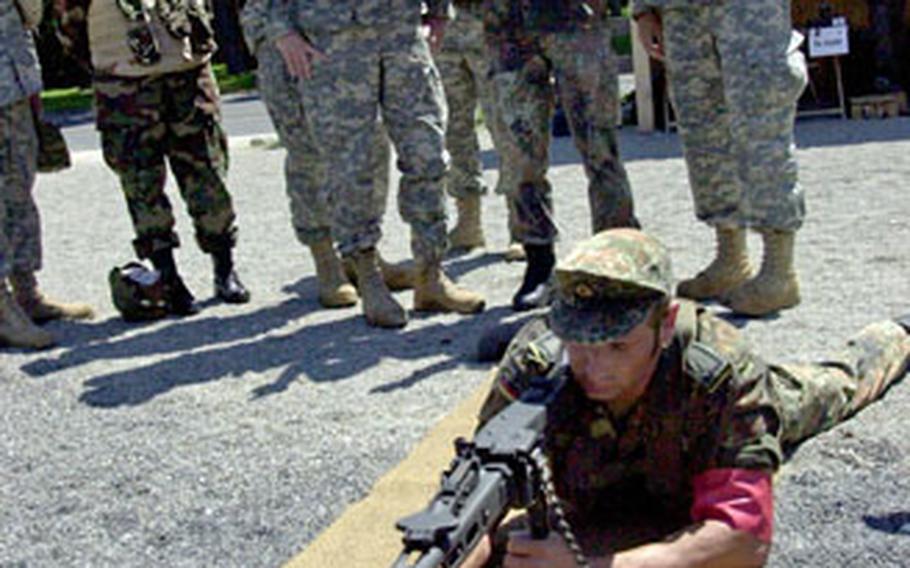 A dozen soldiers from the regiment&#8217;s Headquarters and Headquarters Troop traveled to Gailoh, a German small-arms range near Amberg, to fire machine guns alongside troops from the German army&#8217;s 12th Panzer (tank) Brigade.

Troop commander Capt. Kevin Siebold, 33, of Monroe, N.Y., said the training was aimed at strengthening bonds with the German unit, which the 2nd Cav will partner in Germany.

Most of the HHT soldiers doing the training arrived here in the last few weeks, said Siebold, who arrived two weeks ago.

The machine gun used at the range was the German MG3, a weapon comparable to the American M-249 Squad Automatic Weapon machine gun.

Merz said he was happy to see the return of 2nd Cav.

Before the shooting started, HHT soldier Pfc. Justin Taylor, 20, of Hanover, Pa., admitted he had an itchy trigger finger.

After watching a German soldier demonstrate the correct procedure for loading and firing the weapon, one of the HHT soldiers, Sgt. 1st Class Roger Muzzy, 40, of Mountain Home, Idaho, stepped onto the range.

Moments later he was blasting a target painted to look like a small piece of German countryside.

His shots hit dead center on the first three targets with nine out of 15 rounds striking larger target circles.

Muzzy, an experienced SAW gunner, said he was impressed with the German weapon.

Muzzy also observed that the German range was more relaxed than an American range.

&#8220;We are used to more commands about getting ready, loading the weapon and making sure it is safe to fire. These guys just tell you to shoot the weapon,&#8221; he said.