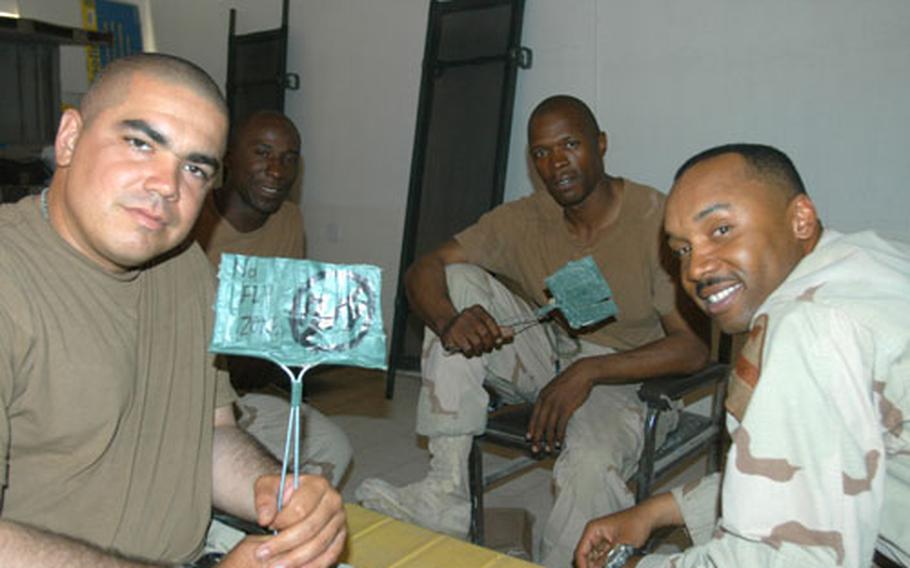 More specifically, nothing is allowed to fly in the nondescript building where soldiers from the 2nd Battalion, 7th Cavalry are temporarily housed.

Hopson said casualties have been relatively light in the battalion, despite heavy fighting in Najaf over the past few weeks, so there&#8217;s plenty of time to hunt flies.

Flies can carry disease and, the two said, killing the pests helps keep down the possibility of diseases.

Their &#8220;service&#8221; to the soldiers is produced by dramatically different designs, they said.

Though basically similar in appearance, the swatters have important differences that the two say make one better than the other.

According to their tallies, in addition to the hundreds of flies, Hopson has killed three dragonflies and Garza two.