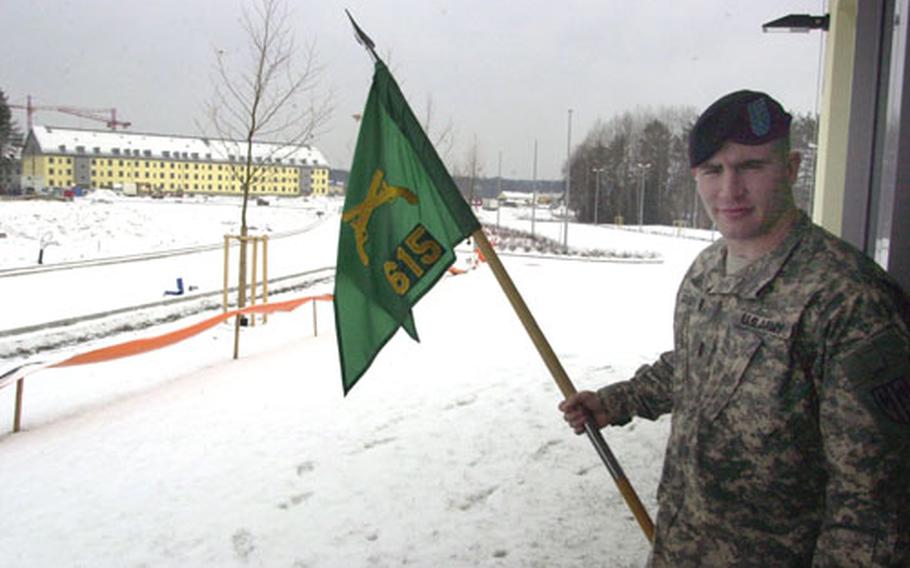 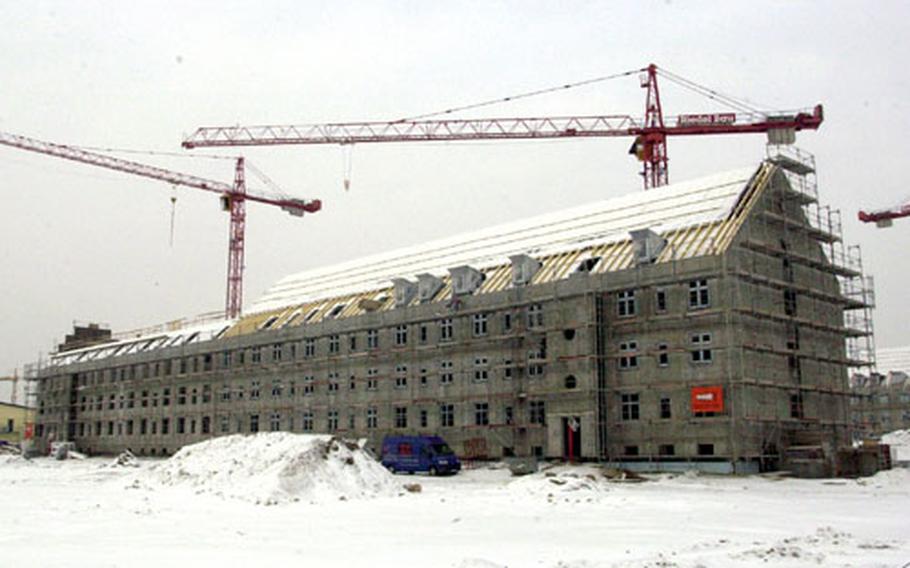 One of 12 new barracks under construction at Grafenwöhr. (Seth Robson / S&S) 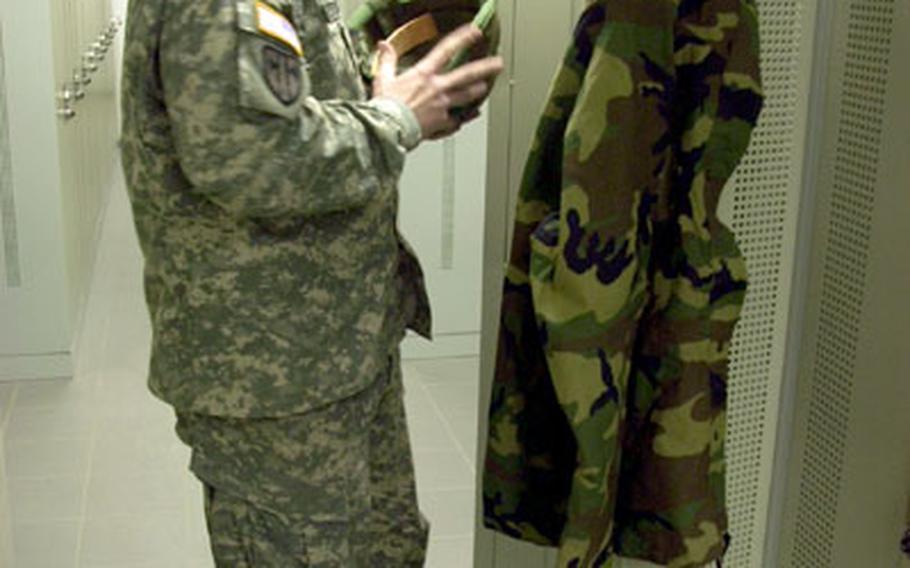 Sgt. 1st Class Mark Anderson, 38, of Fargo, N.D., said one of the best features of his unit&#39;s new headquarters is a locker room that allows soldiers to stow their combat gear at the office instead of lugging it back to their barracks each night. (Seth Robson / S&S)

GRAFENW&#214;HR, Germany &#8212; Soldiers have moved into the first of 24 company headquarters being built here as part of a $700 million construction program.

Each block houses two companies and includes office space, workshops and motor pools. The facilities, built on land that used to be occupied by the base golf course, will be located along a ring-road encircling 12 new barracks buildings also under construction at Grafenw&#246;hr, she said.

Building the headquarters close to the barracks will enable soldiers to walk to work and make the base more efficient, she said.

One of the best features is a locker room that allows soldiers to stow their combat gear at the office instead of lugging it back to their barracks each night, he added.

The motor pool next door to the headquarters is another nice feature, Anderson said.

Bartsch said anther building project nearing completion at Grafenw&#246;hr is the first of 12 new barracks, which will be handed over to the Army next month. Each 11 million euro barracks can house 130 to 140 soldiers in apartments built to the Army&#8217;s new &#8220;one plus one&#8221; standard, something the Air Force introduced a decade ago, she said.

The apartments provide soldiers with their own rooms. Two soldiers share a bathroom and a kitchen equipped with a microwave oven and a hotplate. Noncommissioned officers get their own apartments, she said.

Anderson said some soldiers from his unit will move into the first of the new apartments in February. They are looking forward to their new homes, he said.

&#8220;Just the fact that it is only two people using a bathroom instead of four is a plus. Right now, none of the soldiers have their own rooms, although they normally get to pick who they room with,&#8221; he said.

Bartsch said the barracks and headquarters facilities will be built incrementally so that they are available for units arriving over the next two years at Grafenw&#246;hr. The base will eventually host a brigade-sized collection of units moving from other parts of Germany where bases are scheduled to close, she said.

All of the headquarters facilities and barracks should be occupied by 2008, she said.