Soldiers may run into problems when deploying overseas without a passport 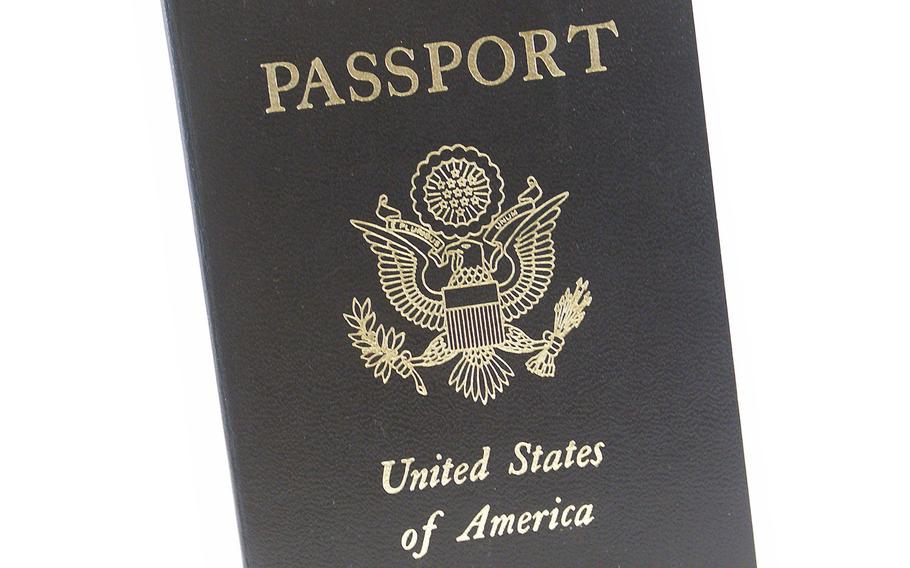 Buy Photo
Two soldiers from the Italy-based 173rd Airborne Brigade attempting to fly to the U.S. with a layover in Canada were not allowed to board their flights at Venice Marco Polo Airport because they did not have passports. (Stars and Stripes)

Buy Photo
Two soldiers from the Italy-based 173rd Airborne Brigade attempting to fly to the U.S. with a layover in Canada were not allowed to board their flights at Venice Marco Polo Airport because they did not have passports. (Stars and Stripes) 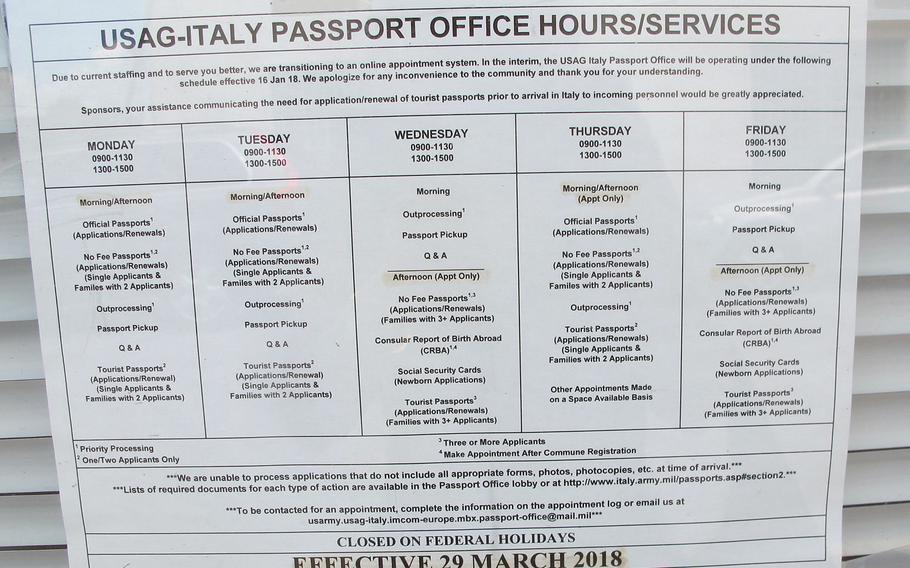 Buy Photo
The passport office at Caserma Ederle in Vicenza, Italy, helps process more than 2,000 tourist passports a year. Officials there suggest those assigned to Italy get tourist passports before they arrive, even though the passports are not required, because it makes international travel far easier. (Nancy Montgomery/Stars and Stripes )

VICENZA, Italy — A Vicenza-based soldier recently taking a bus trip to Croatia was denied entry at the Slovenia border because he didn’t have a passport, only a passport card.

He had to take a taxi to the nearest train station and return home.

Meanwhile, two soldiers from the 173rd Airborne Brigade attempting to fly home to the U.S. with a layover in Canada were recently denied boarding their flights at Venice Marco Polo Airport, because their military identification cards and travel orders weren’t sufficient.

Troops assigned to Italy are not required to get tourist passports, which cost $145 and entail time and paperwork to acquire, to come to Europe. All they need are their military IDs and orders.

But once they start traveling for leisure to other countries, not having a passport can subject them to a variety of potential problems.

“Once you get over here, if you want to travel around Europe, your military ID is not going to cut it,” said Jim Brooks, a spokesman for U.S. Army Garrison Italy. “We’re trying to get people to think ahead and get their tourist passport.”

The garrison helps process more than 2,000 tourist passports a year, Brooks said. But that service is at risk any time personnel cuts are mandated.

“We could lose it in the future,” Brooks said.

Troops aren’t the only ones who need tourist passports. So do command-sponsored military family members. Although they are required to get no-fee, government-issued passports and visas before entering Italy, those passports are not supposed to be used for leisure travel.

In 2010, France, Egypt, the U.K. and several African countries said that anyone on leisure travel using an official passport would be denied entry.

Other countries may deny entry or detain travelers if their passports do not indicate their actual travel status, at the country’s discretion, officials said.

The 173rd Airborne Brigade soldiers had booked their flights online, Brooks said, and were unaware that they needed passports to be allowed entry to Canada even in transit. But all non-Canadians entering Canada must present a valid passport if the person is entering Canada from a country other than from U.S., according to the Canada Border Services Agency.

The U.S. does, and the paratroopers flew home after booking direct flights.

Travel regulations are complex and have grown more restrictive in the past decade.

“Generally, the Department of State’s Bureau of Consular Affairs advises all Americans to review the information on travel.state.gov before international travel,” U.S. Consulate General in Milan spokeswoman Kim Natoli said in an email. “This site has all of the international entry/exit requirements listed by the country for any countries Americans may be visiting or transiting.”

Another helpful site called Skyteam provides that information to air travelers in a user-friendly format.

But much uncertainty can be avoided by having a tourist passport, Brooks said.

“A passport is recommended because it is the only reliable and universally-accepted travel and identification document for the purpose of international travel,” the agency website says.