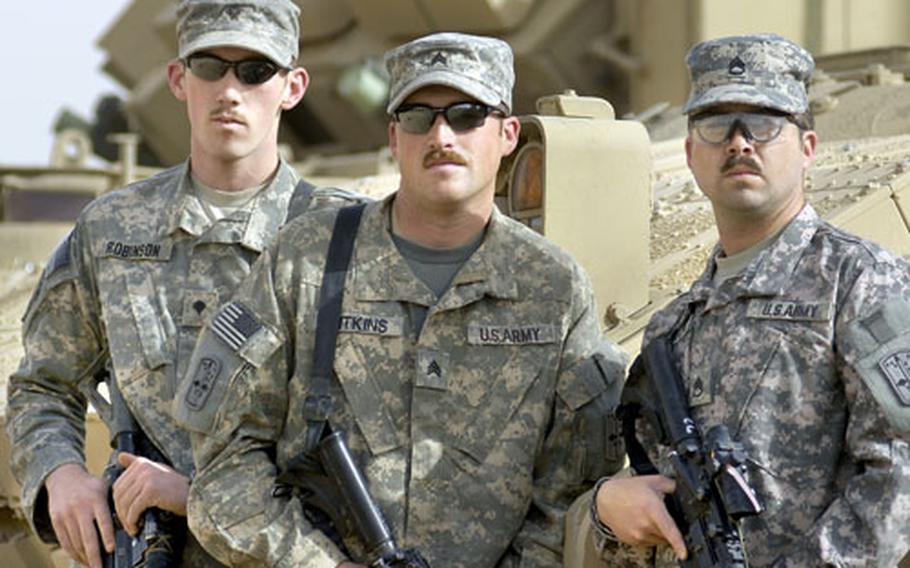 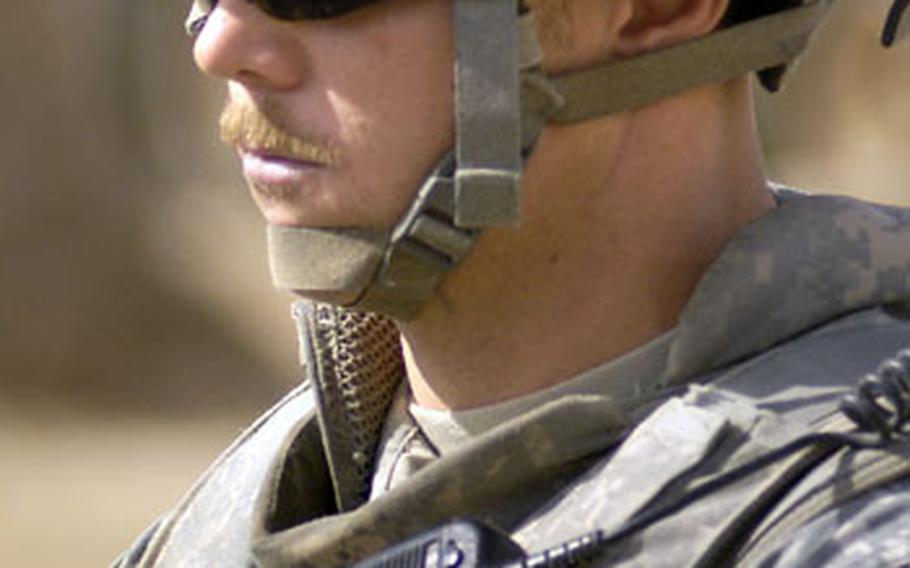 PATROL BASE TAHWEELA, Iraq &#8212; Soldiers out of Grafenw&#246;hr, Germany, have added something new to the face of U.S. military power during their current deployment to Iraq &#8212; the moustache.

The moustache has become a fashion sensation among soldiers at Forward Operating Base Hammer and Patrol Base Tahweela.

Some moustaches are thin, raggedy looking things that resemble shredded felt. Others are full, thick testosterone-fueled testaments to masculinity. It&#8217;s as if their owners are declaring their machismo from the mountaintop of their upper lip.

Mostly, the lip slugs are grown and groomed downrange for humor and camaraderie. Staff Sgt. Michael Bezdziecki&#8217;s full-bodied, rounded moustache has people telling him he looks like the guy on the front of the Pringles potato chip cans. And it&#8217;s because he does.

Sgt. 1st Class David Jones had never grown a moustache. But after caving to peer pressure, he proudly wears one now. His wife can&#8217;t stand it, so he&#8217;ll have to shave it before he redeploys.

First Lt. Lucas Barger, who also will likely lose the moustache when he heads home, hates the way his growth looks.

Sgt. Louis Scharf had a deployment &#8217;stache but accidentally shaved it off a few weeks ago because he&#8217;s so used to shaving his whole face.