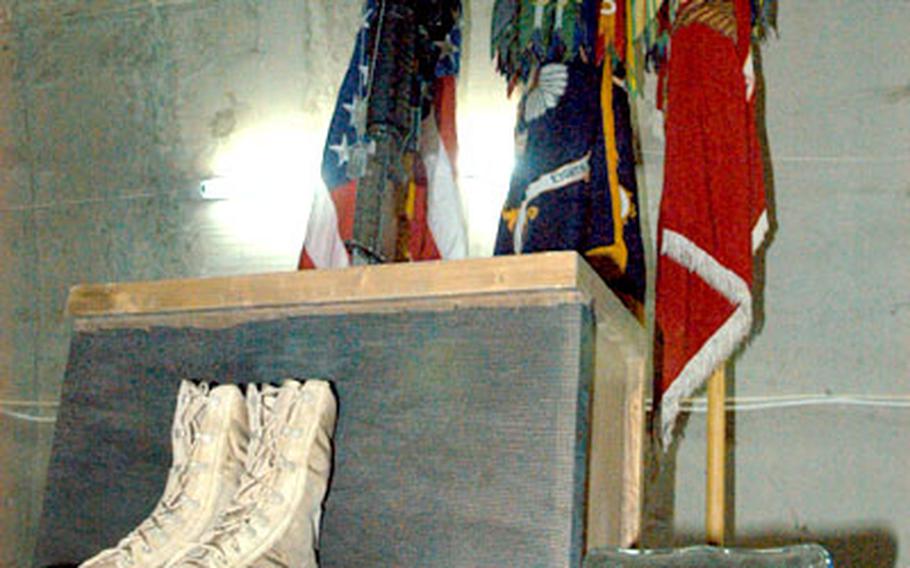 Capt. Eric Paliwoda, a Connecticut native who in May took command of Company B, 4th Engineer Battalion, is remembered by soldiers as a gentle giant who cared for his troops. (Rick Scavetta / S&S)

Capt. Eric Paliwoda, a Connecticut native who in May took command of Company B, 4th Engineer Battalion, is remembered by soldiers as a gentle giant who cared for his troops. (Rick Scavetta / S&S) 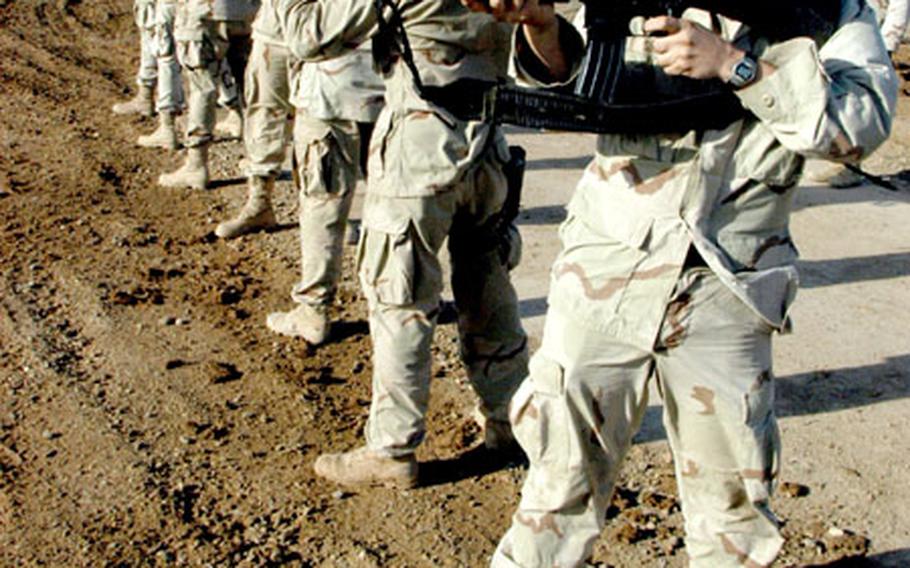 One of nine shells that fell that afternoon sent shrapnel into Paliwoda, snuffing the life out of a company commander described by his troops as a gentle giant who took good care of them.

The 1997 graduate of the U.S. Military Academy at West Point took command of the company in May. A 28-year-old Connecticut native, Paliwoda was engaged to Wendy Rosen. He is survived by his parents, Alfred and Mary.

He also leaves behind a company of combat engineers who are both saddened by his death and determined to find the enemy fighters responsible for a wave of recent mortar attacks.

The soldiers are getting used to hearing incoming shells.

That afternoon, many soldiers thought the first mortar impact was a controlled detonation of captured explosives, said Cpl. Keoni Escobido, 23, of Honolulu, who was in his trailer playing video games when the attack began.

Soldiers in Company B are trained to take cover if rounds land close. Then they grab gear, mount vehicles and head out to find their attackers.

Moyer was wounded in the arms and back. He was evacuated to Landstuhl Regional Medical Center in Germany, where he is recovering, Smith said. After the attack, helicopter crews located four Iraqis near where the rounds were fired.

As troops were reeling from the loss, Iraqi insurgents struck again Monday. Thirteen mortar rounds fell on their camp. Working from a local informant, soldiers are holding six more Iraqis who are now being interrogated.

&#8220;The last two attacks have been fairly accurate,&#8221; Sassaman said, adding that he intends to take out the mortar cell.

Company B is attached to Sassaman&#8217;s battalion. Since last April, the company has operated in some of the theater&#8217;s toughest areas: Tikrit, Kirkuk, Samarra and Balad. It has done everything from demolishing weapons caches to conducting infantry raids.

This week, Company B engineers were allowed time off from missions as they improve force protection measures around the camp, which they renamed FOB Paliwoda in honor of their fallen commander.

The death of Capt. Eric Paliwoda marks the latest in several casualties among engineers from the 4th Infantry Division.

On Christmas Eve, insurgents detonated a roadside bomb beside Maj. Chris Splinter&#8217;s Humvee. Splinter, 42, and Capt. Chris Soelzer, 27, of the 5th Engineer Battalion, were killed in the blast. Sgt. Benjamin Biskie, of Yuma, Ariz., died later of his wounds.

On Dec. 26, Spc. Charles Haight, 23, of the 14th Engineer Battalion, was killed near Ad Duluiyah. He leaves behind his wife, Michelle, and a 10-month-old son, Gabriel.

Another 14th Engineer Battalion soldier, Sgt. Kurt Jordan, 25, died Dec. 28 from an unknown health problem. He is survived by his wife, Kim, and two children.