Soldiers hit the open road on bikes for alternative PT 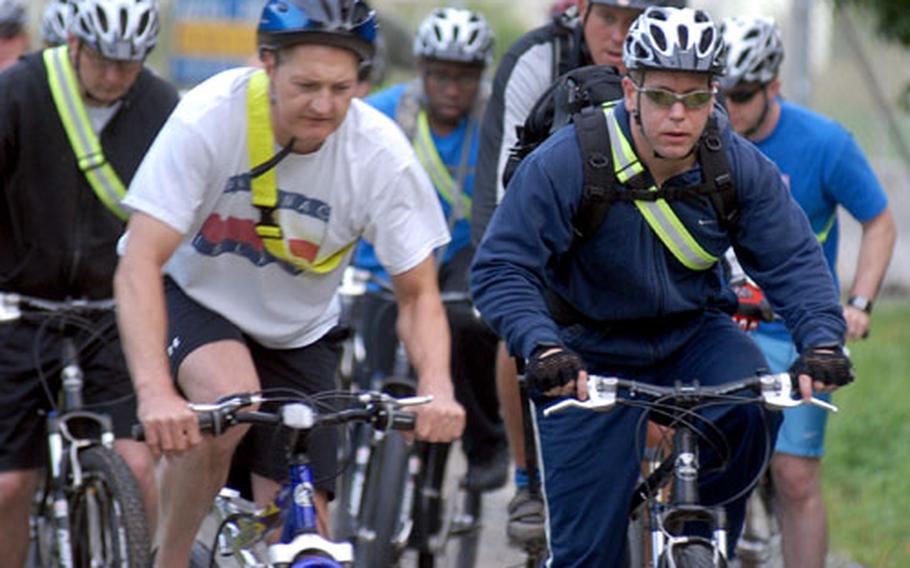 Soldiers from the Vilseck Heatlh Clinic participate in a bicycle PT ride near Vilseck, Germany, on Thursday. (Seth Robson / S&S)

Soldiers from the Vilseck Heatlh Clinic participate in a bicycle PT ride near Vilseck, Germany, on Thursday. (Seth Robson / S&S) 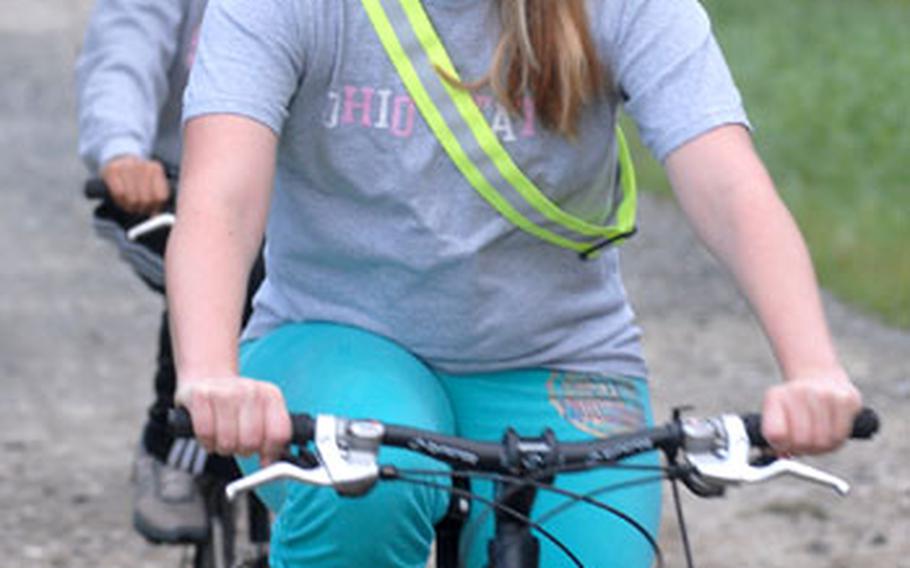 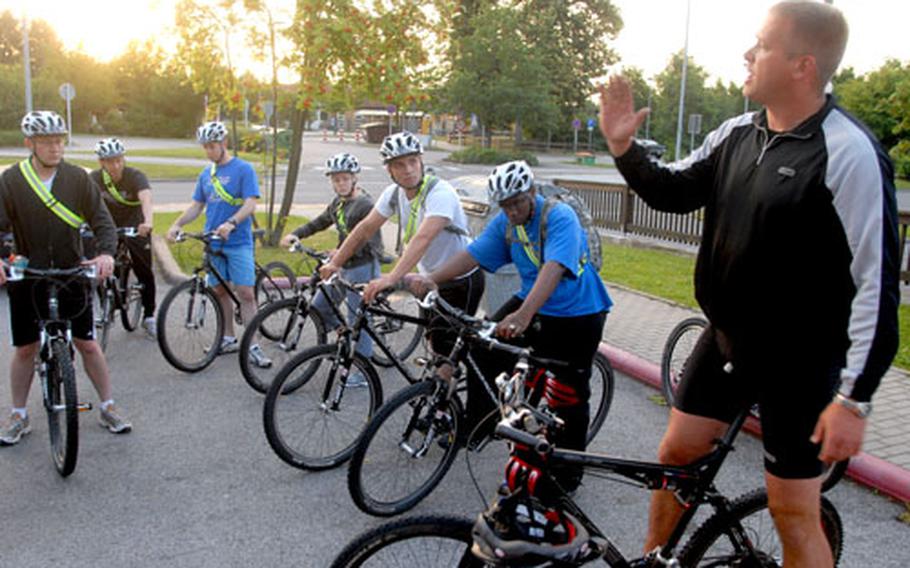 VILSECK, Germany &#8212; While members of the 2nd Stryker Cavalry Regiment spent Thursday morning ruck marching and hauling logs up and down the street, soldiers assigned to the Vilseck Health Clinic rode mountain bikes through the Bavarian countryside.

Bicycle-PT is part of a drive by Vilseck&#8217;s Outdoor Recreation Center to get involved in official Army training, according to the center&#8217;s director, Brian Jansma.

"Outdoor rec is trying to get into the training regimen of the Army, offering viable PT activities for soldiers to enjoy and that NCOs (noncommissioned officers) can use to spice up their training plans," said Jansma, who leads the rides.

"We can get your heart rate up to 180 beats per minute if you want," he said.

At Vilseck, staff take platoon-sized groups &#8212; up to 23 soldiers &#8212; on rides that last between one and two hours. The center provides the bicycles and a guide, plans routes and fixes breakdowns. Rides started in April and, to date, 245 soldiers have participated, Jansma said.

The advantage of cycling over running is that it is less stressful on a soldier&#8217;s body, he said.

Sgt. Nathan Tormala, a physical therapist who organizes PT for soldiers assigned to the Vilseck Health Clinic, said his soldiers normally do endurance running and push-ups or sit-ups, although they sometimes do combatives or carry each other to simulate moving a patient.

"The great thing about mountain biking here is we have a lot of hills. ... It builds up cardio and leg strength that allows you to walk and move more easily in your combat gear," he said.

One of the health clinic soldiers who rode on Thursday, Spc. Eric Sargent, 25, of Redmond, Ore., said cycling is a good way to break the monotony of ordinary PT. It also encourages camaraderie because the soldiers ride in a group, he said.