Soldiers get rare chance to see Paladins cause destruction 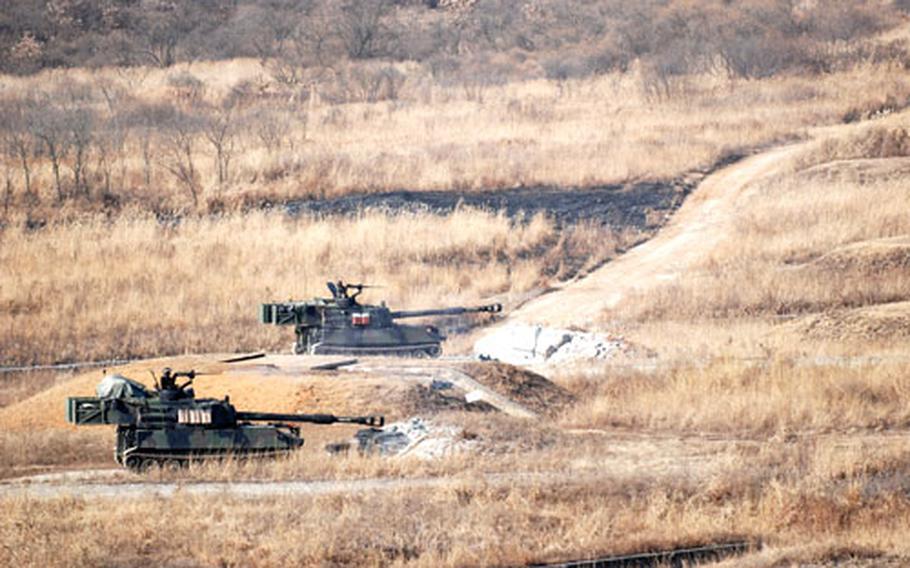 Paladin crews line up to fire their 155mm guns at targets up to 1,750 yards away in the surrounding mountains at Rodriguez Range last week. (Erik Slavin / S&S)

Paladin crews line up to fire their 155mm guns at targets up to 1,750 yards away in the surrounding mountains at Rodriguez Range last week. (Erik Slavin / S&S) 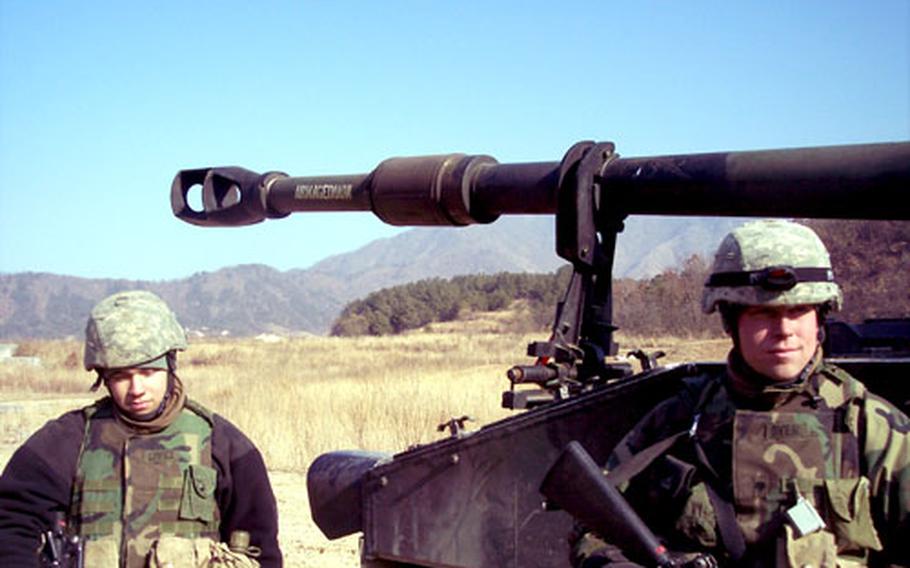 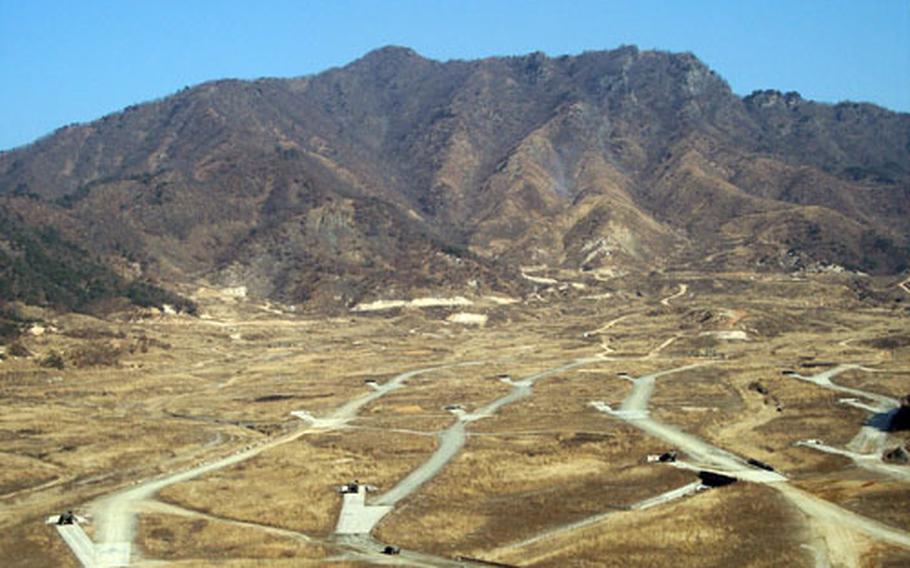 RODRIGUEZ RANGE, South Korea &#8212; Soldiers on the range Thursday were asking each other about the last time the Paladin Howitzer was used like they were using it.

Certainly not in the last three years, they said. And the range managers couldn&#8217;t remember it done in the last 10 years.

Pity the poor wooden and metal targets that were the first in at least a decade to take direct fire from the 155 mm guns of the 2nd Infantry Division&#8217;s 1st Battalion, 15th Field Artillery.

Normally, Paladins indirectly fire their weapons in an arc that can strike a target up to 10 miles away.

This time, Paladin crews got to use their guns the way tank crews do: eyeballing a target and firing away.

Gunner Spc. Kevin Turner usually lets the Paladin&#8217;s computer determine the exact location of an indirect shot. On Thursday, he looked through cross hairs and fired, adjusting after any shot that missed its mark.

The Paladin crews moved up to their first firing point and shot a .50 caliber machine gun at pop-up targets about 500 yards away.

They moved on to firing the Paladin at structures about 1,750 yards away. On Thursday, Battery A&#8217;s MK-19 weapons added extra punch from a ridgeline bordering the valley where the Paladins fired their training rounds.

Some Paladins scored direct hits. Other came close but still did a lot of damage.

While the direct-fire application is new, the training is pretty familiar, Turner said.

Batteries A and B also practiced urban operations last week. Although outsidetheir specialty, it&#8217;s something that other artillery soldiers are doing in Iraq.

The soldiers raided buildings and searched for high-value targets while facing off against an &#8220;opposing force&#8221; in the range&#8217;s mock village.