Soldiers get glimpse of future weapons at Camp Casey show 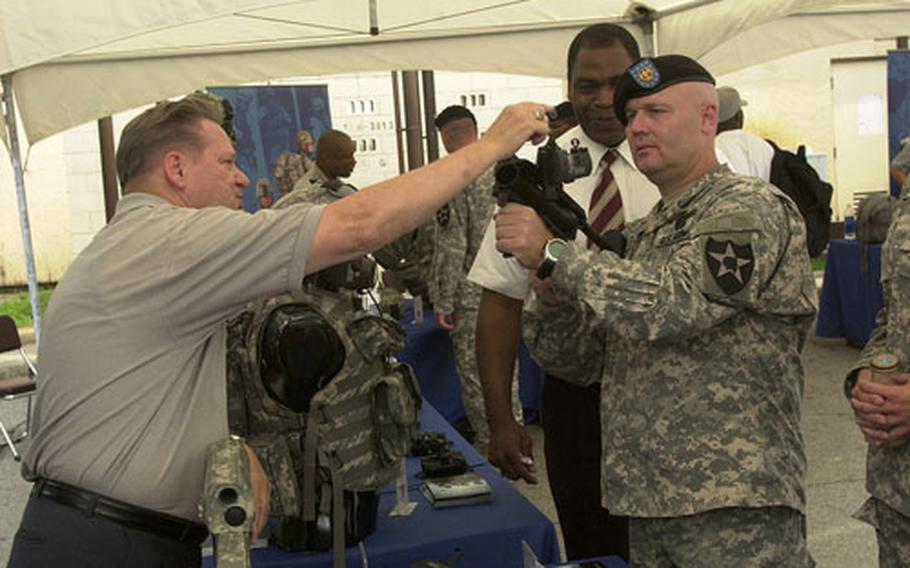 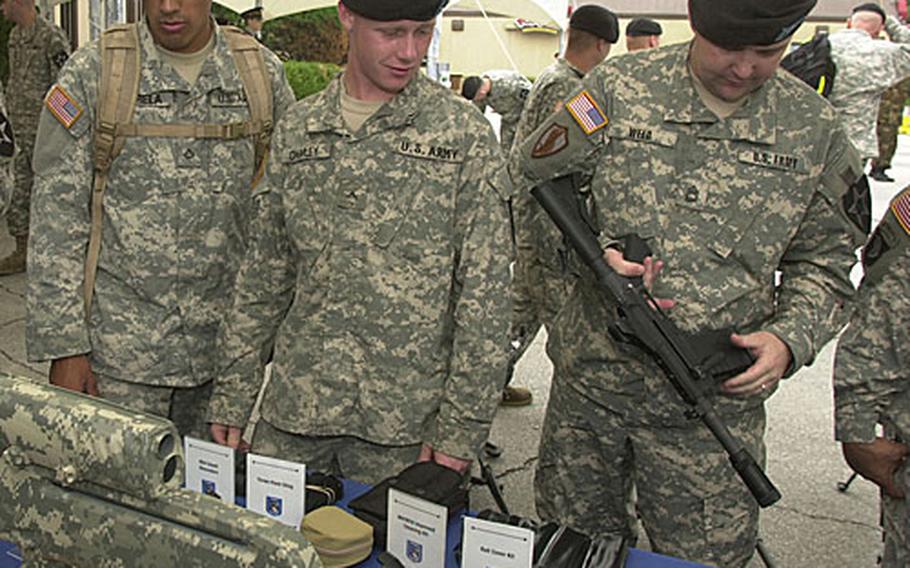 From left, Pfc. Ivan Varela, Pvt. Benjamin Crumley and Sgt. 1st Class Aaron Weed look at new weapons, such as the one Weed is holding, an XM26 12-gauge shotgun. The shotgun is designed to attach to the M4 rifle. (Erik Slavin / S&S) 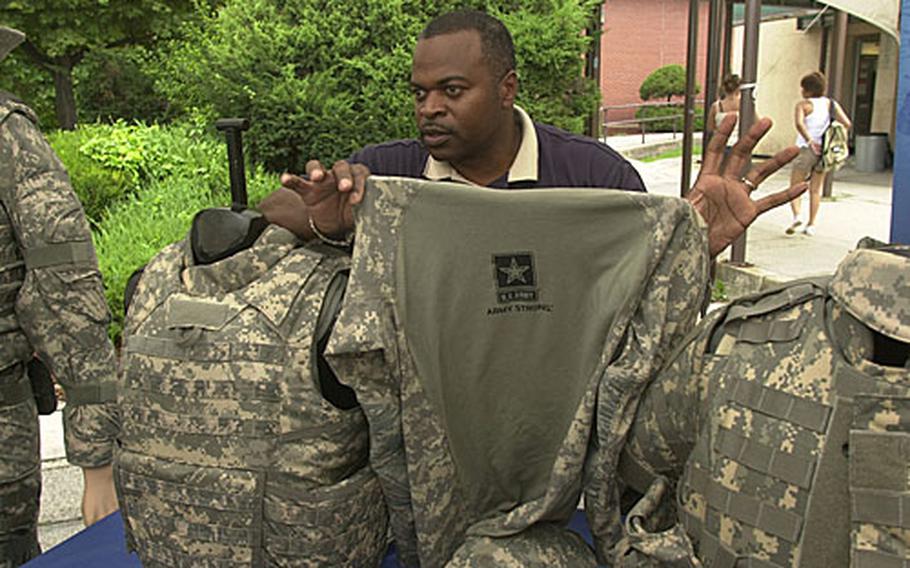 CAMP CASEY, South Korea &#8212; Reading about future weapons and equipment is one thing. But it bears no resemblance to the reality on the ground for many soldiers.

When that same gear is displayed outside the Camp Casey post exchange, soldiers like Staff Sgt. Noel Harris get the same look in their eyes as a kid in a toy store.

Soldiers gathered around tents Wednesday to see the new equipment at the Program Executive Office Soldier&#8217;s roadshow Wednesday, as they did throughout last week at bases around the peninsula.

The show featured everything from an airburst rifle still in development to thermal scopes that are ready for combat.

If there was a theme to the overall display, it was on less weight and more user-friendly features, as seen on a new hand-held grenade launcher.

A soldier &#8220;could pick this up without any instruction and in five minutes could be hitting targets downrange,&#8221; Harris said.

The vest is lighter and redistributes weight from the shoulders to the hips, said Francis Hayden, of Program Executive Office Soldier. It includes an emergency release tab and other features that allow medics chest access in seconds.

A soldier wears a lightweight mesh shirt instead of a jacket and cotton T-shirt under the vest.

The vest comes in 11 sizes instead of the eight previously offered, Hayden added. It is now being worn in Afghanistan and will be fielded in Iraq in October, he said.

Details on the gear are available at http://peosoldier.army.mil.