Soldiers get a warm 'welcome home' at Bamberg 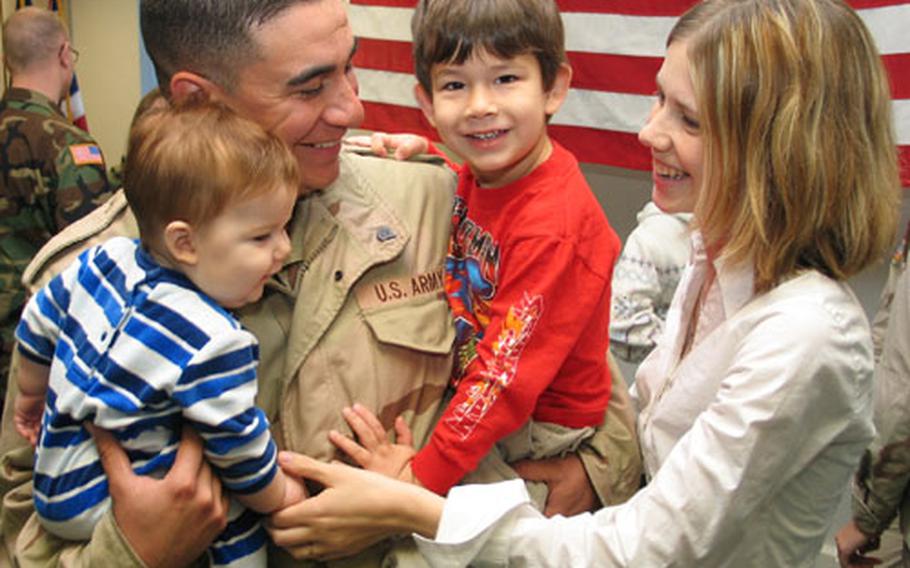 About 25 members of the Bamberg military community, including one family, were on hand Wednesday to greet nine soldiers from Headquarters, Headquarters Battery, Division Artillery, 1st Infantry Division as they returned from Iraq.

The soldiers were among the first group of 1st ID support personnel returning to division communities to help prepare for the division&#8217;s return in February, according to Spc. Rebecca Sharpton, 1st ID spokeswoman.

The soldiers marched into the Bamberg chapel&#8217;s family life center amid cheers and applause from those gathered to greet them.

Spc. Damien Demasio&#8217;s family was waiting to greet him.

Most of the soldiers who returned Wednesday were single; the families of the married soldiers, other than Demasio, were in the States, according to Maj. Erich Campbell, rear detachment commander for Division Artillery.

The group returned about five days earlier than expected; Campbell learned Tuesday that the soldiers would be back Wednesday.

Gruver said it was nice to be home but difficult to leave with others from his unit still in Iraq; the cooks only recently learned that they would be returning early.